My sister and I collected stuffed animals when we were little.  I'll bet we had 50 or more of them and they all had names.  Our favorites were Candy and Mandy (panda bears) 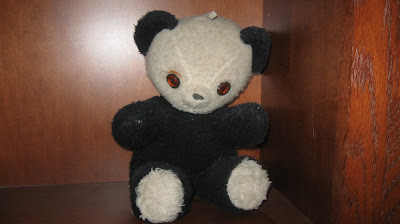 and Harvey and Cola (a koala bear and an orange "bear" with a huge smile).  Candy and Harvey were mine and Mandy and Cola were Debbie's.  Of course the animals were cousins and we were their aunts.  Debbie and I shared a bedroom and spent hours on end in there playing make-believe.  I wish I could have a video now of us playing to see what we did because I really don't remember much.  I do know that our "kids" turned into teenagers because I vaguely recall some make-out sessions the pandas had with boys.  Also, today Candy still wears eye shadow on one eye.  I think I tried pulling out the fur to get rid of it but it wouldn't come out. 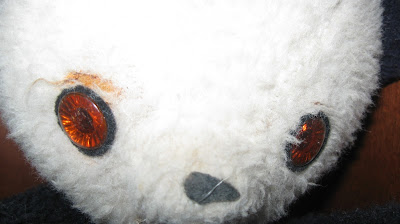 I don't know what happened to Harvey but I wish I still had him.  He was so cute.

I've replaced him though, with an even cuter guy.  I don't play make-believe with him but I could spend hours with him and I think Debbie would do the same if she could.  She should have her own donkey and we could be donkey aunts. 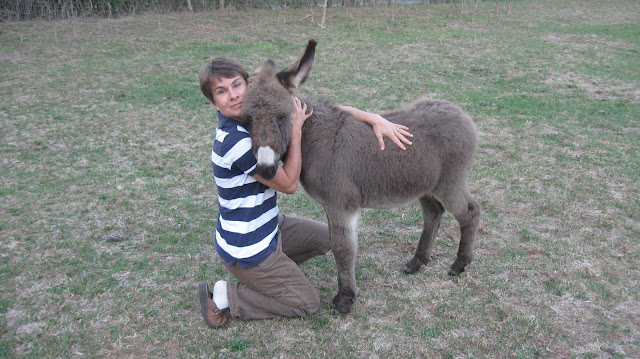 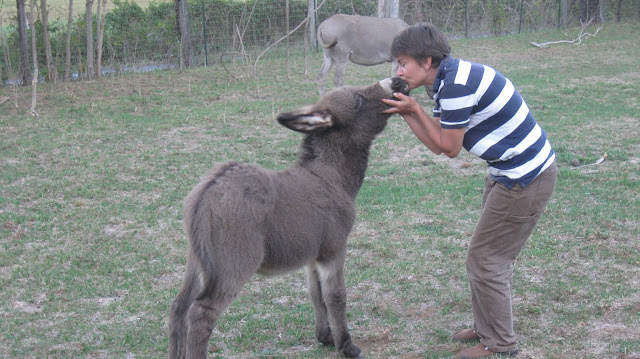 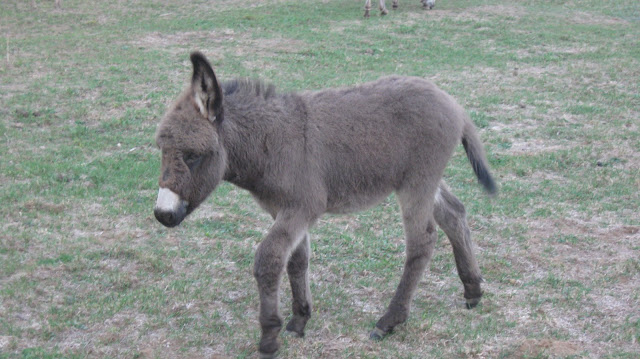 I had lots of fun as a kid but I'm having so much more fun as an adult playing with live animals.
Posted by kpannabecker and jpannabecker at Wednesday, October 13, 2010