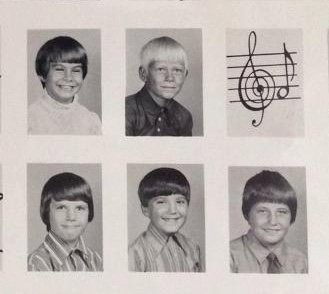 In one week two of my friends recommended the book The Life-Changing Magic Of Tidying Up: The Japanese Art Of Decluttering And Organizing.  Sounds like a must read, doesn't it?  I was skeptical too.

I've been a messy person most of my life.  Coming from neatnik parents, I must have rebelled.  Neatness just doesn't come naturally to me.  When I met James I thought he was a tidy person.  Either I was blinded by love or I've rubbed off on him because he bears a strong resemblance to Pigpen from Charlie Brown, minus the dust cloud.

On day one after reading the book James, Adam and I cleaned out one stall of the garage so we could clean out other locations and store them in there for a nearby community yard sale.  It was great fun.  We did a pretty good job at letting stuff go, though I had a few moments of, "this is something I could use for......"  It got easier as time went on.

The next day I emptied out my clothes closets like the author of the book suggested and piled them on our bed. 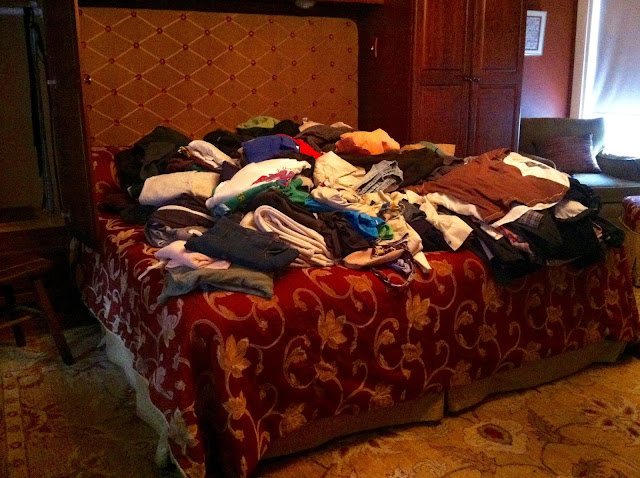 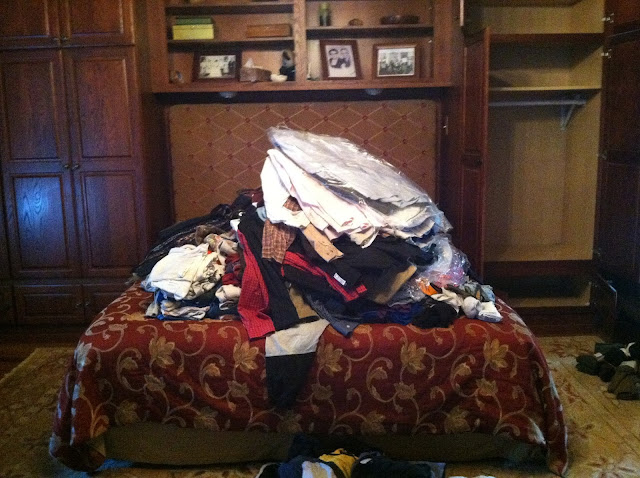 This was not an hour long job.  Separating what to keep, what to throw away and what to give to Goodwill took a lot of time.  In total we got rid of 13 garbage bags full of clothes.  I can't believe it all fit in our small closets. 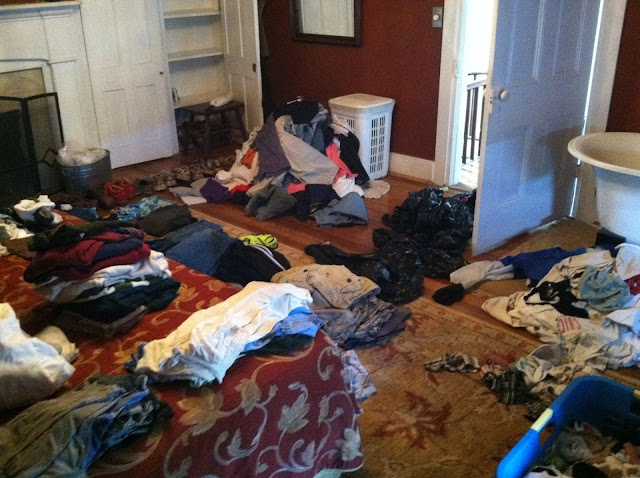 In the end we felt much lighter and looking at my closet I'm wondering if I have enough clothes to get me through the winter.  It looks great though and I'm much more careful when putting laundry away.  I think I have fewer clothes and shoes than James now.  It makes me happy looking at all the empty space in my closet.  I parted with all my jeans that had holes in them.  Maybe I should change the name of my blog now to Jeans Without Holes. 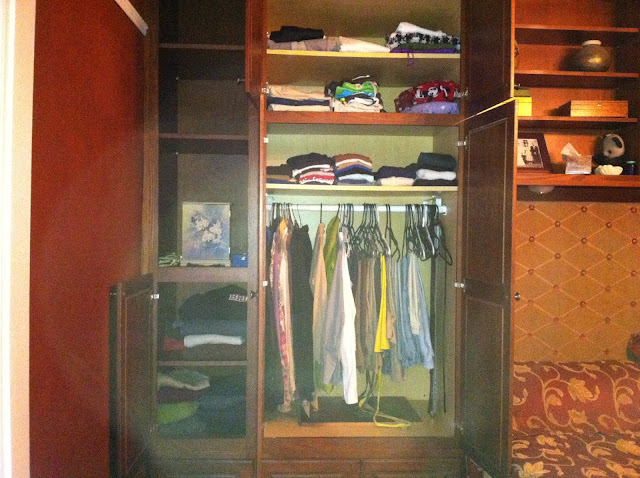 Adam took a bunch of stuff to a yard sale but unfortunately there was still lots of stuff to load back up and bring home. 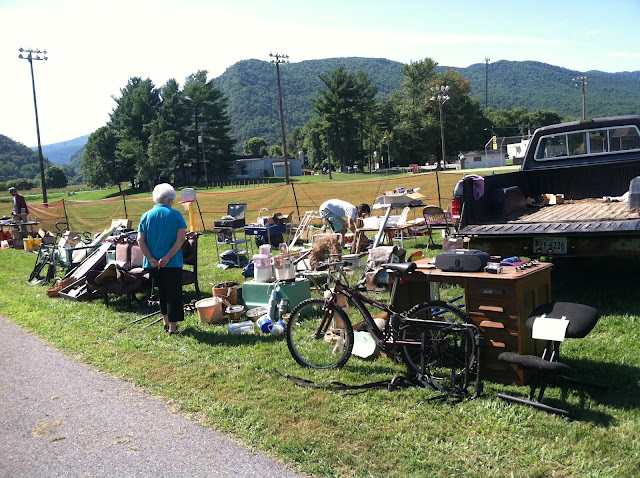 I dislike yard sales.  I'm uncomfortable with folks looking at my cast-aways.  Adam seems to like it.  I had to man the sale while he returned to our house to get another truck load of stuff.  I couldn't wait for him to return so I could leave and not have to face the people asking me about prices.  I'm even uncomfortable going to other people's yard sales and looking at stuff.

We still have our basement and much more of our garage and sheds to clean out.  Many more truck loads of trash will be delivered to the dumpsters.

I also did something that had to be done before Raisa has her next baby.  It's not exactly tidying up but it is making room for a replacement.  We took Windsor to the butcher a week and a half ago.  In 2 more weeks we'll have a freezer full of beef.  This will be the first beef we've raised ourselves.  This is Windsor last October looking very cool in his shades. 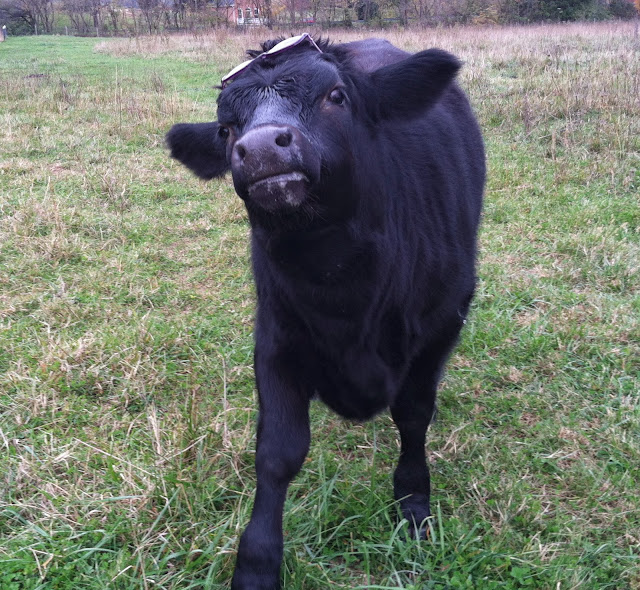 I've been without a computer for a few weeks due to my broken Mac but now I have a brand-spankin'-new MacBook Air so let's hope it inspires me to do some creative blogging.  Perhaps not tonight.  I need to ease back into it you know.

Our latest farm happenings are not good ones, though I've been feeling pretty great about things, strangely enough.  I guess it's a matter of perspective, hormones, frame of mind, etc.  My sweet previously-well-behaved-Rex (one year old guardian dog) has discovered what freedom feels like.  Roaming 20 acres of pasture, sharing space with good buddies, with food delivered every morning must not have been enough.  Yesterday some friends came over to make mozzarella with me.  In exchange for some cheese I asked them to help me move Jaz and Willo (mammoth donkeys) from the big field to our yard to hopefully prevent Jaz from foundering this fall.  After we closed the gate behind us Rex climbed right over and followed us across the road.  There he discovered delicious, feathery, flighty chickens, which he promptly attacked, leaving one of our roosters with only one tail feather. 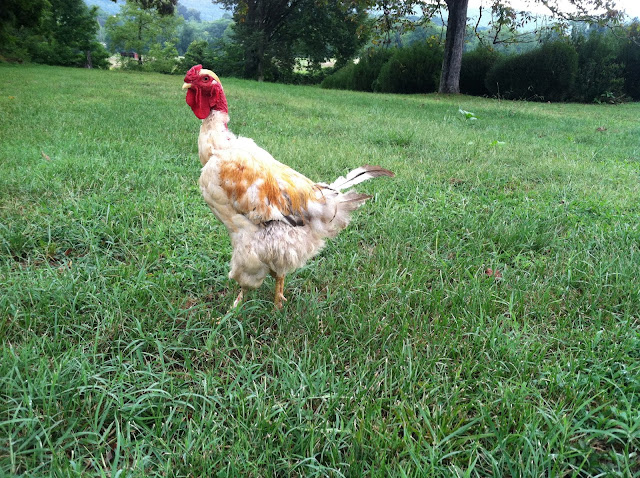 Frustrated, I closed him in the basement with us until I came up with a solution to keep him where he belongs and till we were done making cheese.

My first attempt to dissuade him from escaping was to put barbed wire in the space at the top of the farm gates where he squeezed through.  James didn't think this was a good idea, for fear he'd get hurt trying to get through.  I knew anything less would be too simple a puzzle for Rex.  He's a very clever boy and it takes more than some twine filling space to keep him at bay. 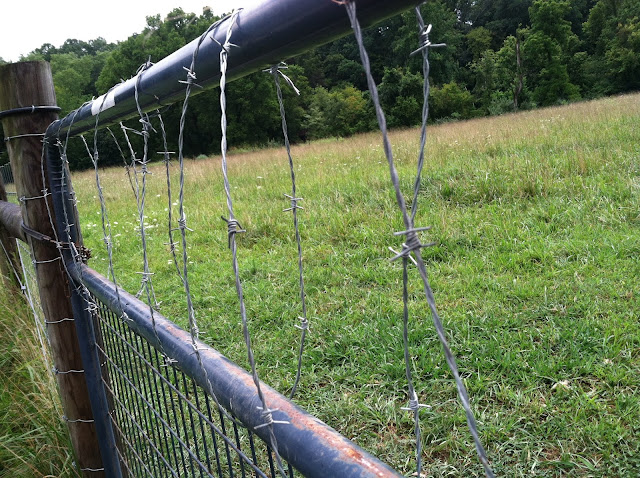 Hoping I'd outsmarted my dog, James and I joined some friends in Roanoke for a relaxing outdoor Old Crow Medicine Show concert.  What could spoil a beautiful evening like this?  Um, maybe a text from Adam saying Rex showed up at the house and was again looking for a raw chicken dinner.  (It didn't really spoil the evening but it did create some worry).  He put him back in the fence, only to watch him escape again.  Ugh.  I told him to put him in our basement and I'd deal with him when we got home, which wasn't till 11:30.  Rex has never been a house dog so I expected him to have peed in the basement but I didn't see evidence of this on my inspection.  I took him for a walk on the leash, which he did amazingly well, not having been leash trained either.  Unfortunately he wouldn't pee whilst behaving beautifully on this leash.  After 20 or more minutes I gave up and put him back in the basement.

We went to bed and, unlike me, I slept very well, even knowing I had to deal with this in the morning.  I arose early with a plan.  I did another quick inspection of the basement, again, no pee that I could find.  I put Rex in the farm-mobile and headed to the field with a new determination and a little doubt of my competence as a farmer and guardian dog owner.

My idea was to cover all the exterior gates with tarps so his back feet couldn't climb the grates to lift himself over.  As I did this he watched me from the car.  I was sure he was studying how I tied the knots that held the tarps on. 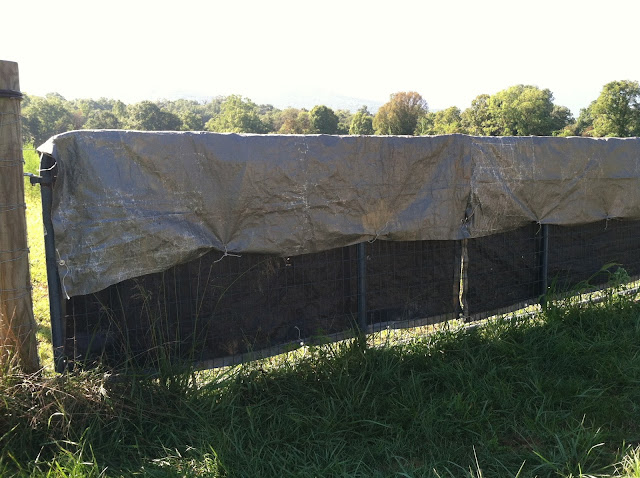 I also electrified the top wire above the field fence in case he decided to climb it instead of the gates.  It's been 11 hours and still no escape.  I probably won't feel confident I've contained him for another few days.  Fingers crossed.

More proof that I'm not always the boss - I was feeding the pigs yesterday and Wendell got too excited and bit my forearm.  Luckily I withdrew my arm quickly.  So now I have bruises on my arm from boar teeth and other cuts from handling barbed wire.  Also of mention, last week Baxter killed a chicken after living amongst them for a year and a half.  Why would he decide to do this now?  I'm too weary to ponder this.

After a few glasses of wine and no dogs killing chickens or escapes today, I'm feeling quite chill.  Our farm may not run like a well-oiled machine but there's some satisfaction to be had from making it through another day with everyone where they belong and seemingly happy.