Today I said goodbye to one of the first 5 goats I began with. Luti was one and a half years old when I got her in 2009.  I can say with confidence she was the smartest goat I've ever owned, hence, she was the herd queen and everyone respected her. She was also my best milker. As a matter-of-fact, even though she hasn't kidded in 3 years, she still had milk in her udder this morning when the vet was checking her over.

We don't know exactly what was wrong with her but she went downhill really fast overnight and had very little energy this morning and I could tell she was in pain. The vets ultrasounded her abdomen and had a very hard time understanding what they were seeing, but it appeared she had fluid in her abdomen and her bladder didn't look right. After I made the decision to put her down they asked if it would be ok if they did a necropsy on her so they might learn something. I said yes.  They called me later this afternoon to say we did the right thing. She was in bad shape and probably wouldn't have lasted much longer. In some ways, I felt really good about that. She had a very good life and I'm glad I owned her for most of it.

Here's a photo of her in her younger years. What a sweet face. 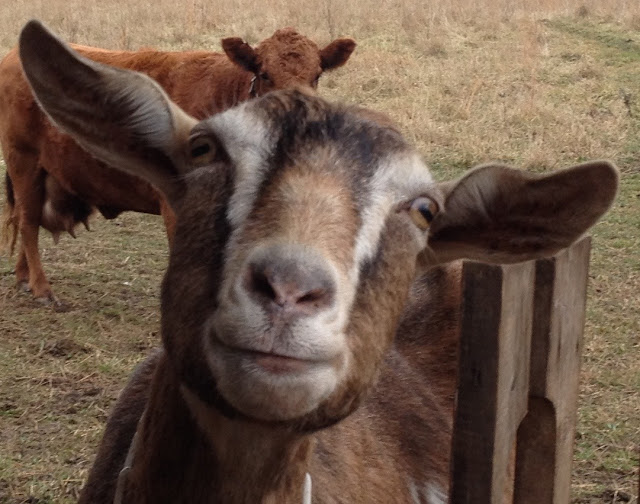