Piglets - not what I had hoped for

I was so looking forward to having piglets. It's one of the reasons I got pigs again. I missed having the babies. Of the 6 Junebug birthed, only 4 survive. Two mornings ago when I went out to milk, Mayday showed me the dead baby in the back of the barn. I'm guessing Junebug laid on him. She's not the most graceful or careful mother. I saw her plow one over this morning as she walked. In fairness, it could have been one of the cows that crushed him too. I really don't know.

Last night I went to the barn to check on them to be sure no more were crushed. There I saw Junebug nursing 4 piglets. I kept trying to get her to stand up so I could see under her. I finally had to bribe her with food to make her move. There was no dead piglet. I looked everywhere but couldn't find the missing boy. Neither Rex nor Mayday told me where he was either, so I'm assuming a hawk or something carried him off. They only weigh between a pound or 2. They're super tiny. When they were first born I was saying how I wished they'd stay tiny. Now I'm wishing they'd grow fast so I didn't have to worry about them so much.  Rex and Mayday also seem on edge since they were born. They bark and tear around constantly like they're always on guard.

The goats, cows and dogs are all fascinated with the piglets. Even more so than with goat kids. Maybe it's because they're so tiny and they make cute little grunting noises.

So this post doesn't end on a depressing note, here's a funny picture of Rory trying to nurse off Junebug. Junebug didn't mind Rory's rough tongue, but I worried about her stepping on the babies. Most of the day the cows are far from the babies. It's only at feeding time all the animals crowd into the barn. 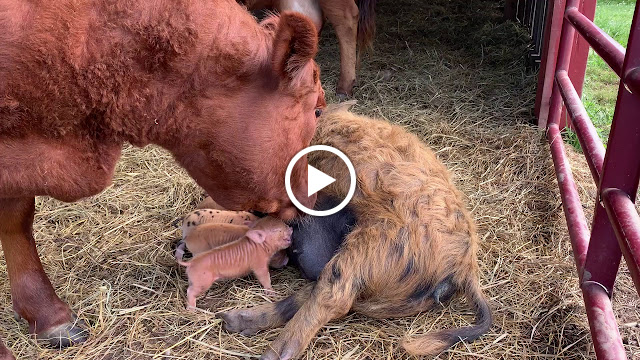 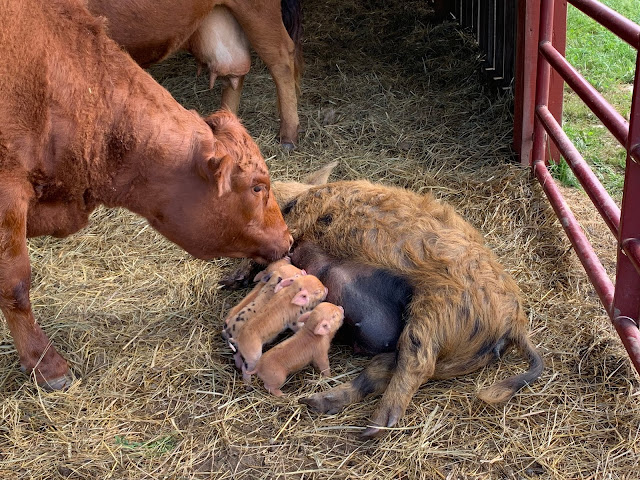 Our 19 chicks have moved into their new coop. I could only keep them in their Rubbermaid tub in the basement for a week before they outgrew it. The cute single chick in the 2 photos is Izzy. She's my favorite and the only one I've named so far. She flies/runs to me to be held and makes sweet little noises. The rest of them are mostly afraid of me. I should mention, I haven't named the piglets yet. I'm afraid I'll get too attached and they'll disappear. I'll wait another week. 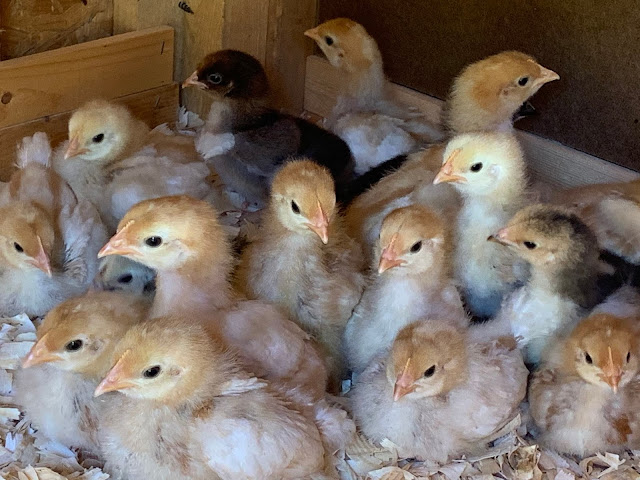 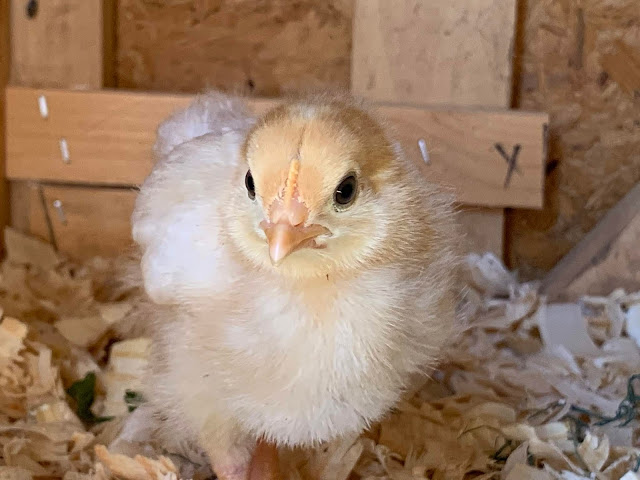 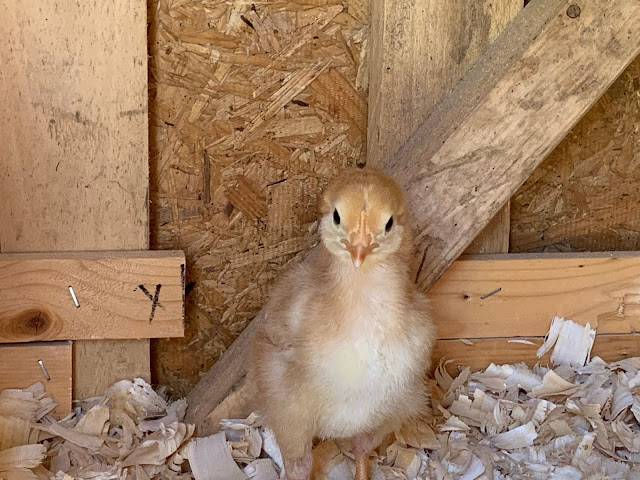