Many uses for our brick oven

Yesterday afternoon we had friends over for wood-fired pizza.  Almost every time we make pizza I bake bread in the oven afterward.  It seems a waste of good firewood and heat not to use it to its full potential.  I tried making a new bread, anadama bread, at a friend's suggestion.  It's a New England bread and it has a story to go along with the name, of a Rockport, Massachusetts man who was upset with his wife not only for leaving him, but also for leaving behind only a pot of cornmeal mush and some molasses.  The angry husband tossed the mush and molasses together with some yeast and flour and muttered, "Anna, damn 'er!"  It's really delicious though it didn't rise the way I had hoped.  I'm going to try it again because it's so good.  It's kind of chewy.  I like that. 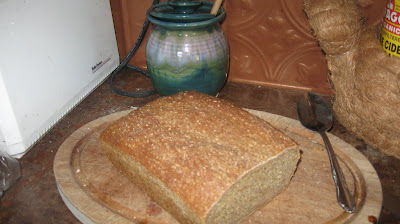 This afternoon our oven has cooled down to 140 F, a good fruit drying temperature so I sliced some apples to dry. 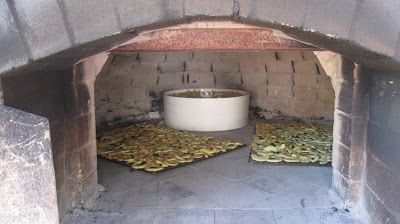 You know how some days you just need a cinnamon bun?  Today was one of those days.  I didn't bake them in the brick oven but I did use the leftover pizza dough to make them and I put dried apples in half of them.  I also had some caramel glaze in our freezer from another recipe so I topped them with that. 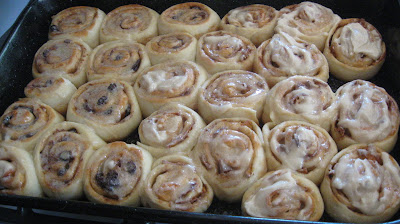 I also made gouda cheese today but that won't be ready to eat for 3 months.  Some days I feel hungrier than others.  I feel a fat winter coming on.
Posted by kpannabecker and jpannabecker at Monday, September 06, 2010