Even though our first attempt at making syrup was successful we wanted to find a better and quicker way to cook it down since we still had so much maple sap left to use, maybe 100 gallons or so.

Susan called our friend who taught us to make the syrup and asked if she had any suggestions for quicker cooking.  She put her in touch with a couple who had an evaporator that was made out of an old oil tank.  They had used this for making syrup for many years but no longer used it.  We rented it from them in exchange for some syrup.

Wow, what a difference.  We went through the sap so much faster than when we used the pans on our barbecue pit.   Notice how Susan has the easy job of holding up the tank while I do the back breaking work of snapping twigs for the fire. 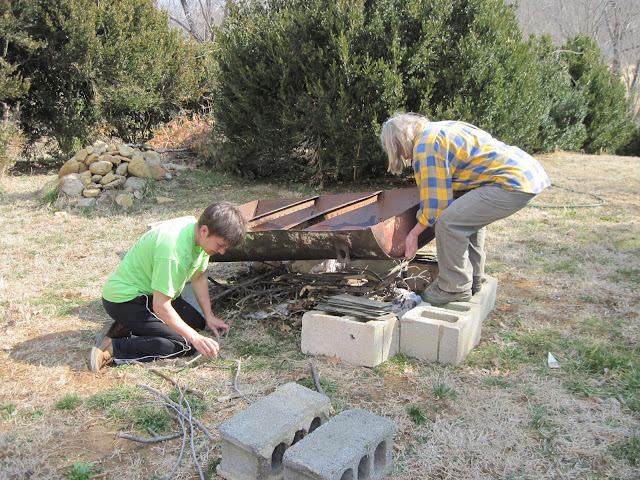 James was the other slacker.  All he had to do was gather wood and cut it up.  Sheesh, I don't know why I work with these two. 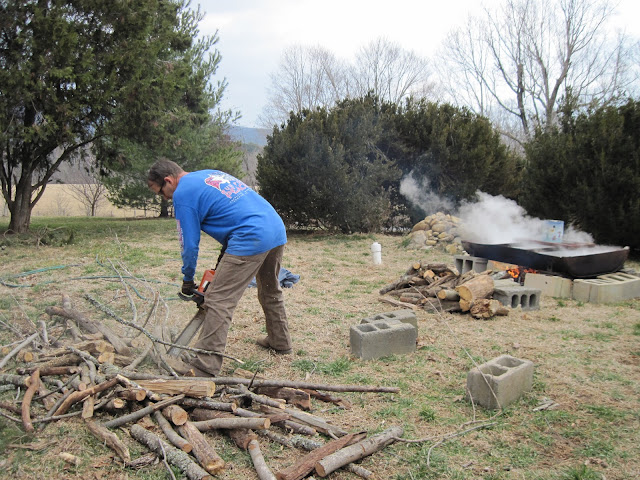 It was an enjoyable afternoon watching the sap cook down. 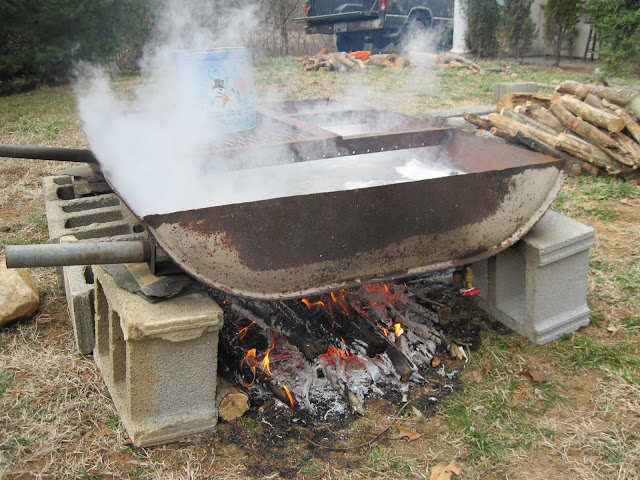 Once we cooked the bulk of it down we decided we should move it into something smaller and deeper so it wouldn't scorch.  We borrowed a giant cast iron  pot from my friend, Colleen, and transferred the liquid to it.  I should also mention we borrowed cinder blocks from another friend to raise the tank up off the ground.  They say it takes a village to raise a child.  It also takes one to make maple syrup. 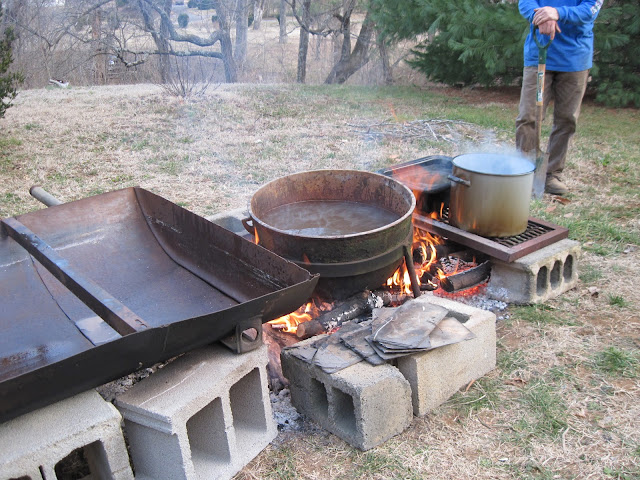 Once again, when it got down low we brought it inside and cooked the rest of it down on our stove where we could control the temperature.  From the sap we collected in a week and a half we got close to 4 gallons of syrup.  Here's some of it.  Notice how some is very pale and some darker.  The pale syrup is much thinner and not as sweet (but still very sweet and delicious) as the dark. 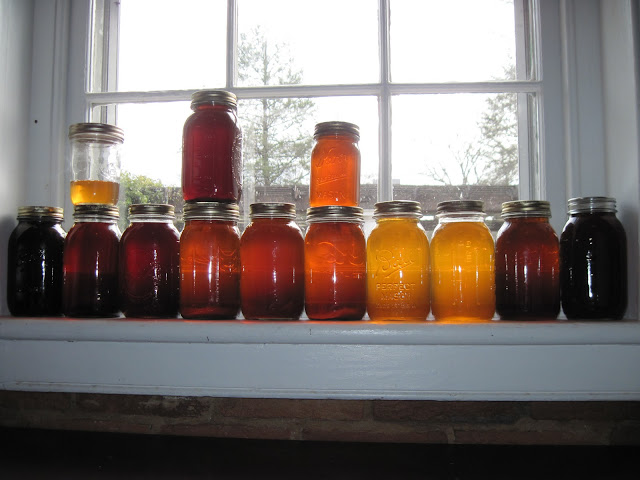