No, I'm not drunk (as in that kind of soused).  I used this word because I thought it would get your attention, much the same as this picture may. 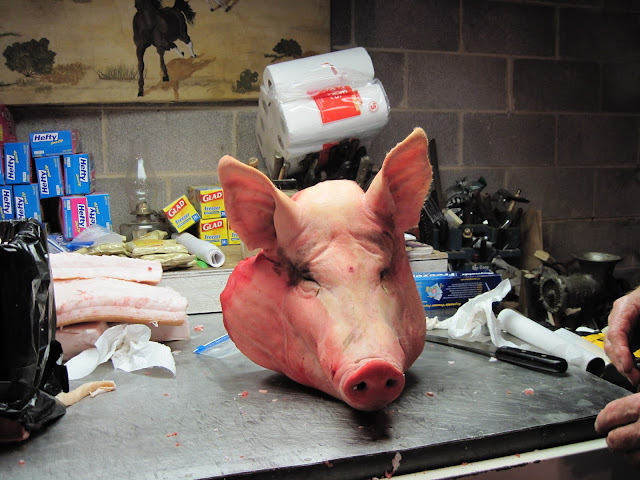 Today James and I had another new experience.  We helped cut up a hog and make it into sausage.  One of the definitions for souse is:   It is a molded jelly or sausage made from pig’s or calf’s head stewed with herbs and seasonings; it includes meat.  Also called head cheese, it's something of a staple in soul food.


We didn't actually make souse, though the head was cut up to use for bacon and we were told the brain and tongue were some of the best parts of the pig's head.  I'm not sure we'll ever know if that's true or not.  We spent most of our day learning about where the cuts of pork come from and how sausage is made.  Seriously, I had NO idea.  James and I did as we were told, "Cut this like this.  Put this here.  See this?  That's the good part".  Our teacher, Tommy, seems to think we could do this ourselves.  He has a lot more confidence in us than I do.

It was all very interesting and I enjoyed doing it with James and the other folks helping, including 12 and 14 year old girls who breezed though it like it was nothing they hadn't seen before, which they had.  The 12 year old even has her own butchering knives. 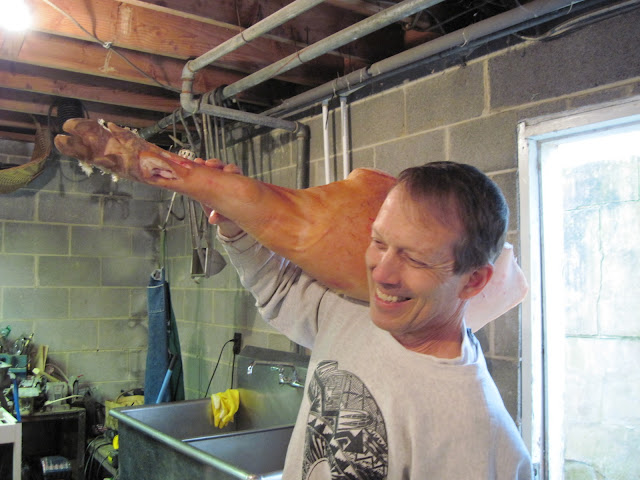 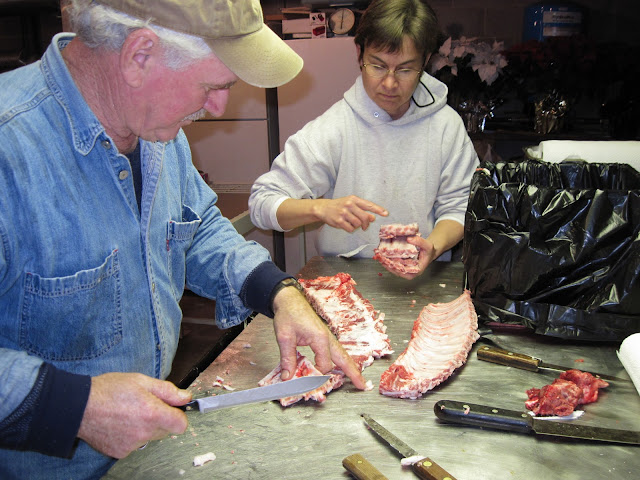 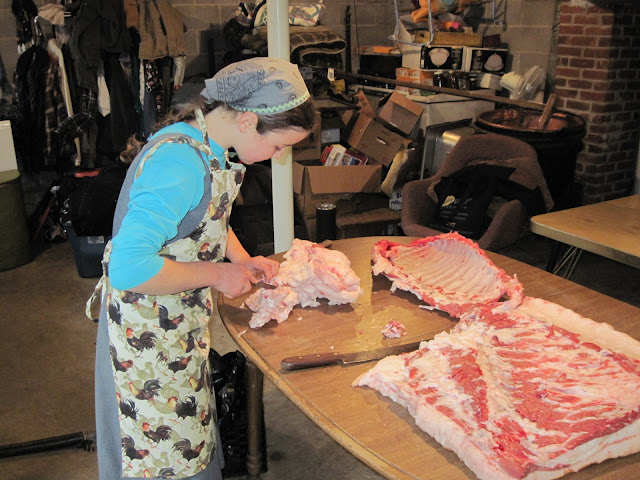 We took a break for lunch around 2:30.  Guess what was for lunch.  Yup, you got it, pork chops.  After lunch we got to the sausage making process where we ground up the meat and added the seasoning.   Each time we made a batch Tommy would cook up a sausage patty and we'd all taste it to see if it was good enough or if it needed more seasoning.  This pile of meat is about half the sausage we made. 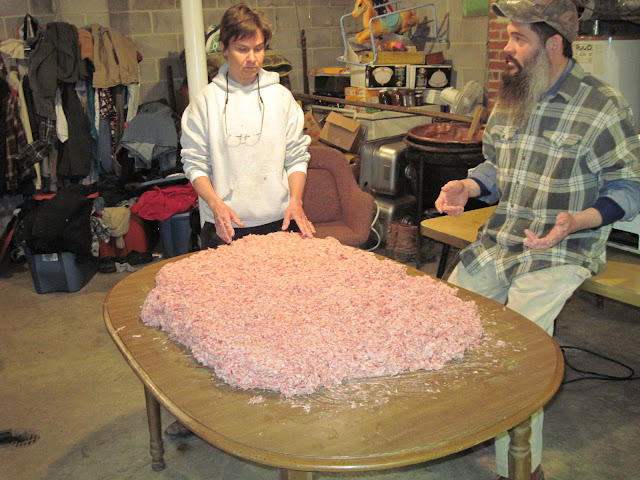 After handling all that meat and fat today we came home and had a salad for dinner.  We were sent home with some bacon to have for breakfast tomorrow morning.


This coming Saturday we're going back to see the beginning phase of the butchering process which we missed with this hog.  This might be a bit tougher to see.