This turned out to be a bigger job than we thought.  Making maple syrup sounded simple - tap your trees, collect the sap, cook it down and ta da, you have syrup.

Tapping the trees was fun.  It took longer than I thought though, mostly because we had to gather the right equipment to do it.  (see earlier post).  For 5 days we walked down the hill to empty the pails.

We stored the sap in a large cooler and 2 garbage cans.  The garbage cans were brand new and I hadn't planned on them leaking.  Oops.  Luckily James caught that very early on before we lost much sap.  I siliconed the seams and then put heavy duty trash bags in them.  This was kept in the shade until we could cook it down. 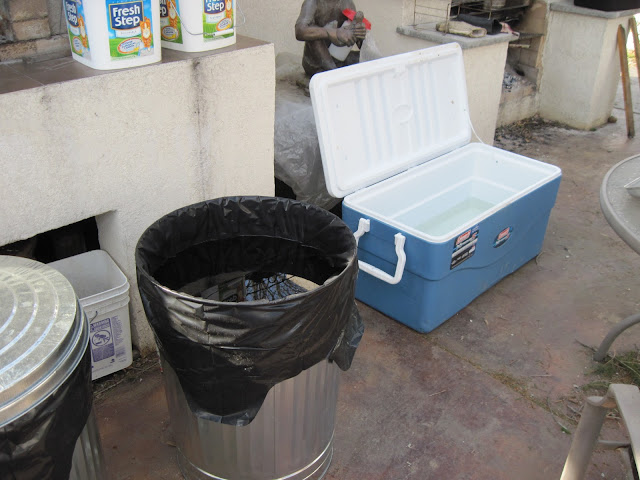 In the meantime, Susan was gathering wood and searching for the elusive perfect pan to use for evaporating.  In the end we settled on 3 pans, one large and 2 smaller.  Yesterday was the big day.  We were going to have syrup by the day's end.  We just didn't know the day was going to be so long.  Susan arrived at 9AM.  We probably got the fire going by 10:30 with sap cooking above.  On top of each pan we had a wire rack with a metal can on top.  We punched holes (first too big that's why you see a puppy on the can before we started and a snowman in the later picture) about 1 1/2 inches from the bottom.  The reason for this was so the sap in the pans below could continue to boil and the sap in the cans above would slowly drip, so as not to ruin the boil. 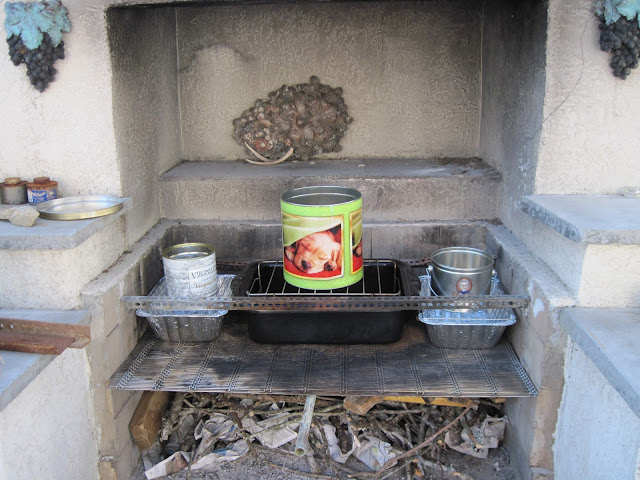 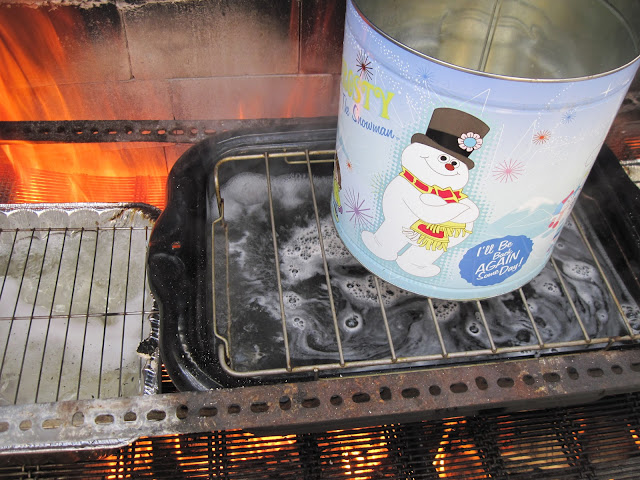 This all makes perfect sense, in theory.  Unfortunately we had a very hard time keeping the sap at a consistent boil because we'd add too much wood or not enough.  Also, we had all different kinds of wood and some burned hotter.  And so we sat.....and we watched.....and we waited.....more wood, more sap and the hours passed.  All the while we tried to maintain a good level of syrup in the lower pans so it wouldn't burn, never removing any, just adding.  Remember, it takes 40 gallons of sap to make 1 gallon of syrup. 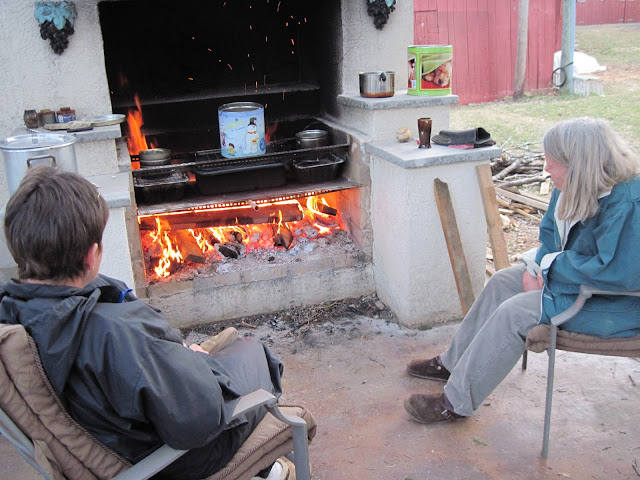 At 5:30 Susan had to go home.  She took the syrup from the 2 side pans home with her to finish boiling down on her stove.  I sat outdoors and watched the fire for another 2 hours then brought the syrup in to do the final boiling on my stove so I could control the heat and not burn it.  It took me another 2 1/2 hours.  I knew it would be done when it reached a boiling temperature of 7 degrees above the boiling point of water and had a specific gravity of 1.37.  I have a hydrometer for my wine making so we relied mostly on it to tell us when the syrup was done.  Using a hydrometer is pretty cool.  The longer we cooked the syrup (and water boiled off), the higher it would float in the syrup. 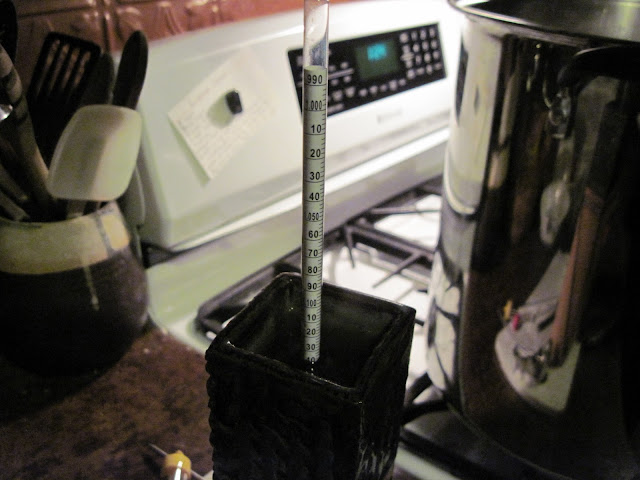 Next we filtered the syrup.  There were little black things floating in it from the fire and from the trees we collected from. 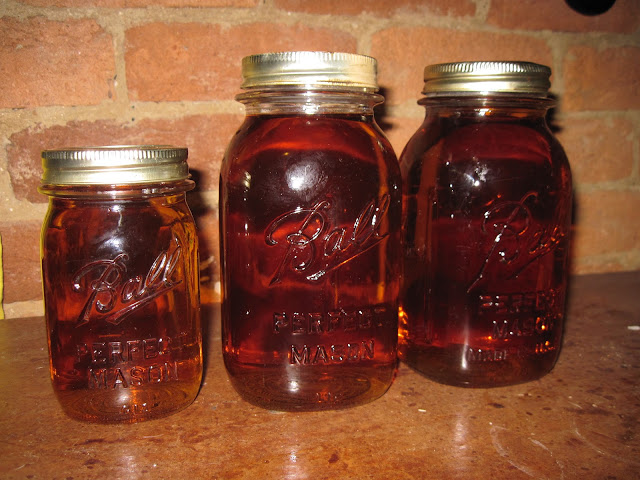 We still have 60 or 70 gallons of sap in our cans and more collecting in our buckets.  We need to find a bigger pan to cover more surface area on the grill so we don't waste so much heat.  I don't know if we'll cook much more down or not.  This could take days.  It seems a shame to waste the sap though.  Would anyone like some to cook down?