A date that included flowers, dinner and a hotel room ;)

It wasn't even our anniversary.  Isn't James a romantic husband?  So what if it was his publisher who arranged our date, he had 4 hours of meetings and I had to walk around our nation's capital alone.  Seriously, it was a nice time.  Our drive there was relaxing.  We were reminded what it was like to live in a big city as we approached DC. 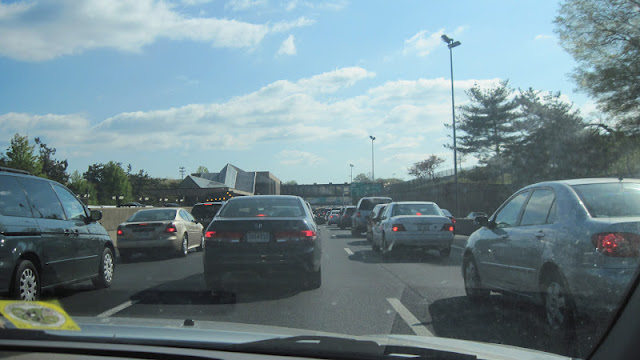 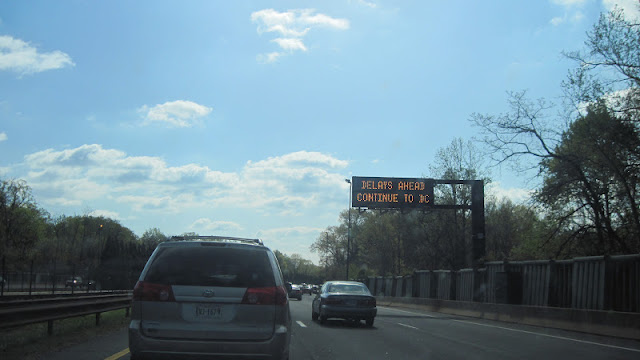 Did I say our drive was relaxing?  Well it was until we got into the city and I was afraid James was going to have a fender bender or worse.  Having worked there in a past life (BK), he knows the city better than I do but still I was nervous and I bit my tongue (sometimes) as he changed lanes at the last minute and came this close [ ]  to hitting at least 20 people.  Just kidding.  He did get us to our hotel safely and I relaxed again.

He had to go to his meeting right away so I took the metro to the US Botanical Gardens.  When I got there all I saw was a small area of plantings and I was disappointed there wasn't much in bloom and there wasn't much to see.  Ahh, but once I discovered the inside gardens I was very pleasantly surprised.  There was an orchid exhibit, which was beautiful, a jungle room, children's garden, Hawaii room, a desert and a lot of other things to see but I won't try to describe them.  You'll just have to go and see for yourself. 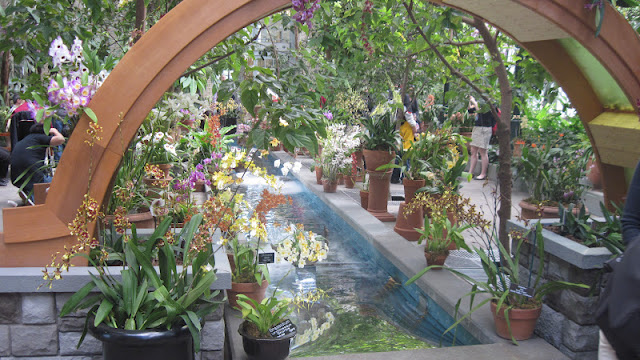 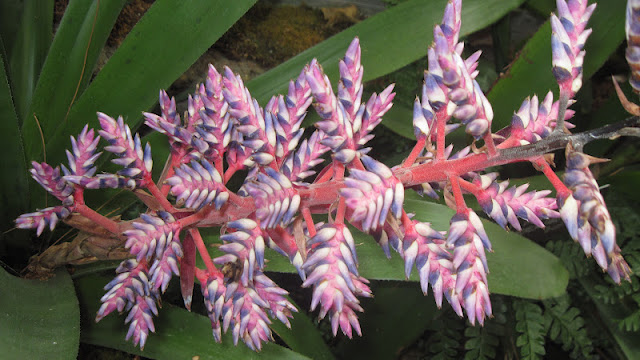 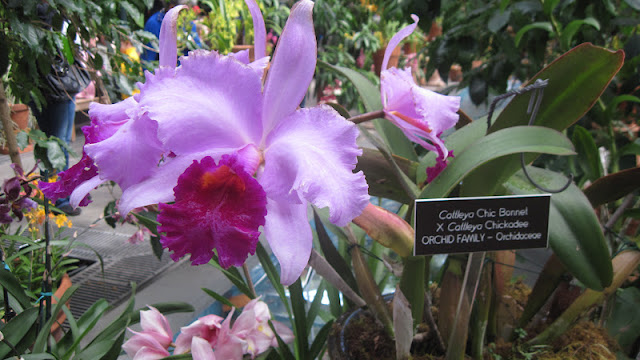 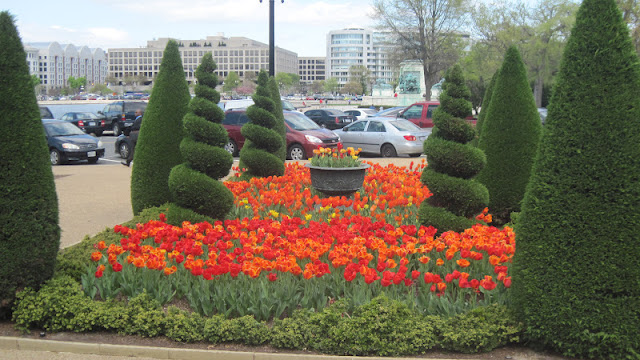 It was cool and windy and after having lunch I went back to our hotel room to warm up and take a nap, something I wouldn't have done at home.

We met some friends for dinner at Zaytinya.  That was probably the highlight of our trip and I'm not just saying that because they read my blog.  The restaurant serves Turkish, Greek and Lebanese cuisine mezze style.  Each of us ordered 2 or 3 dishes and they arrived one or two at a time on small plates placed in the center of the table for everyone to share.  It was delicious and makes me want to be more creative with my cooking, though not tonight.  Tonight we're having turkey pot pie, something you wouldn't find on Zaytinya's menu.  It was a nice evening.

We went back to our hotel room and watched HGTV's Selling NY and Selling LA.  We no longer have satellite at home so it was a luxury to lie in bed and watch TV.

We left after breakfast and headed toward home sweet home, my favorite place to have a date with my sweetie.