It's been almost 2 weeks since I made my first Swiss cheese and finally it's starting to swell like it's growing holes inside.  I guess the swelling is the gas building up inside.  Maybe you can see in this picture how it's a little rounded on the top and bottom. 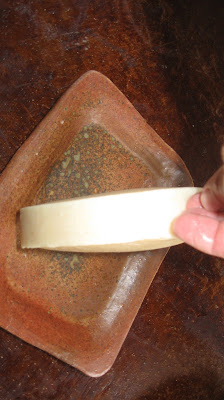 I also made a caraway Swiss about a week ago.  It won't be at the swelling stage for another week or two. 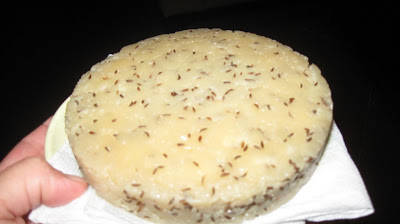 It's a little lumpier like I didn't press it as hard.  I made more traditional Swiss again today but it's still in the cheese press.  Tomorrow it will soak in a brine solution.   I hope at least one of them turns out good. 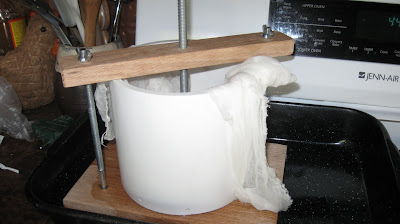 The turkeys are lively and growing.  So far they're easier than the chickens were.  They don't need their butts wiped like the chickens did. 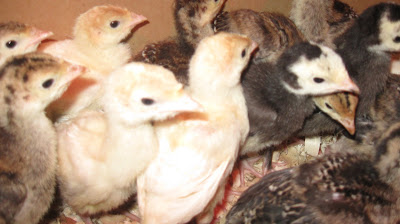 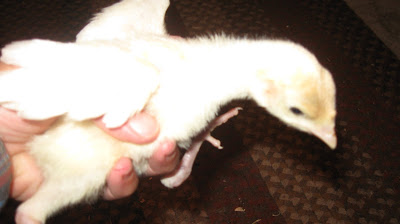 My broody hen is still sitting on her nest.  I think it's been 3 days now on this clutch of eggs.  I've kind of lost track since she has switched a few times.

I'm getting about 5 quarts of milk a day milking just once a day.  I wonder what I'll do with all the milk once the babies are weaned and I have to milk twice a day.  You'll be seeing lots more pictures of cheese.
Here are some of the cheeses aging in our basement. 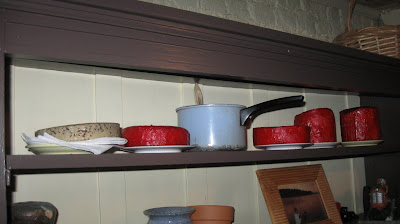