That's a lot of bull

I don't always follow the rules.  I know I should but sometimes I gotta go with my instincts.  What do they say?  Rules are made to be broken?  Maybe one day I'll pay for it but I hope not.

Owning 2 bulls now I think about things I've read and caution I've been given.  Bulls can be unpredictable.  Yes, I understand that.  I just have to hope I'm smarter than they are and that my bulls love me so much that they wouldn't want to hurt me.  I know I'm not supposed to treat them like I do my other animals but it's hard.

Take Papa.  When he came to live here he was a typical bull, wary of humans, cautious with me and a bit pushy with my other animals once he figured out he could boss them around.  All except Keri.  Keri is everyones' boss except mine.  Little by little Papa has come to trust me.  He watched me pet and scratch Raisa, Windsor, the goats, donkeys and dogs.  I mean, he Watched.  I could almost see the wheels turning in his head.  I knew he wanted the attention too but was afraid to let down his guard.  If I came near him he'd lower his head to show me his horns.  Papa has lived here 6 months now and is part of the farm family.  He no longer shows me his horns and is very happy to stand for a rub down and scratch.  He's very relaxed and chews his cud while I massage.  Some days when I 'm scratching him he lowers his chin to the ground and seems hypnotized.


I've read that Jersey bulls can be a handful.  I hope Franklin is a laid back Jersey bull.  At the moment he's a rambunctious bottle baby who acts like he's starving for both food and attention.  I'll wean him in 3 more weeks and hopefully he'll calm down shortly after so he won't be pushy for food.  I swear he's grown 6 inches in the week we've had him.  He's very long legged.  He's shiny and healthy looking and still just as adorable as the day I saw his photo on Craigslist.

Like a toddler, everything is in his mouth - gates, fingers... 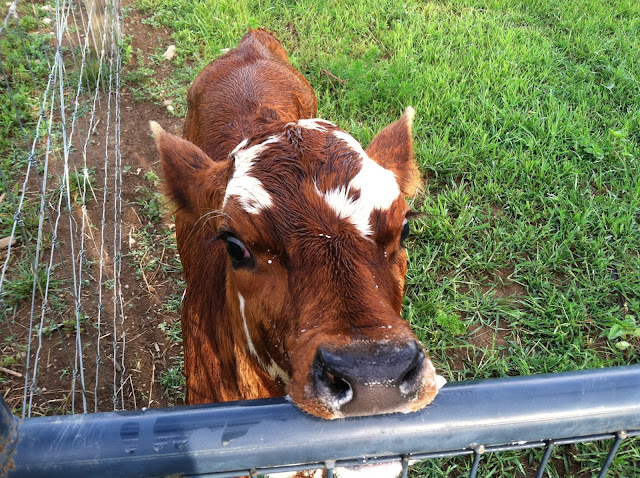 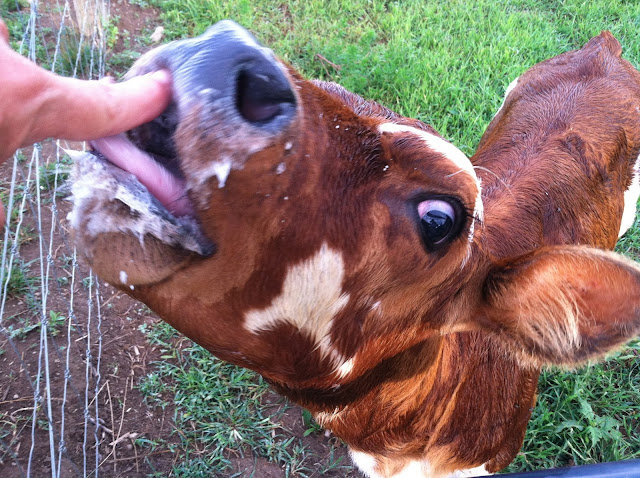 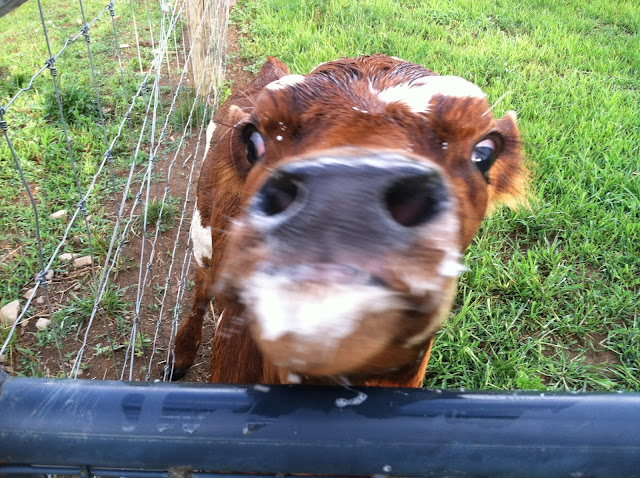 While I'm on the topic of bovines, Raisa is looking quite plump.  I'm sure it's not her baby bump yet.  I think she's just getting plenty to eat.  It's hard to believe cows can put so much weight on eating salad.  This picture doesn't really show how wide she really is.  She's not due till September or October. 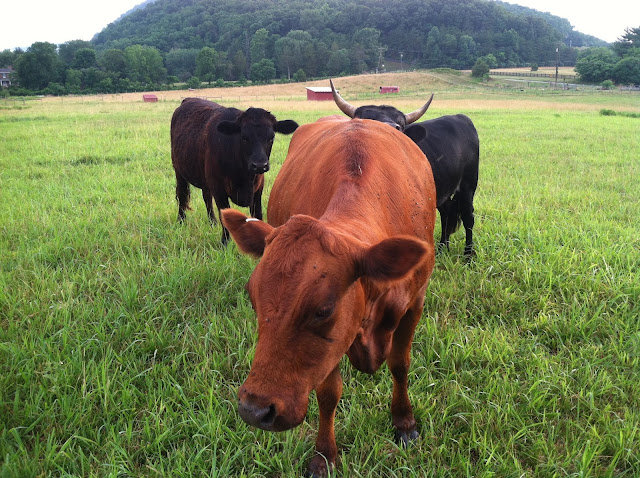 The flies seem to like Windsor's fluffy coat more than Raisa and Papa's shiny ones. 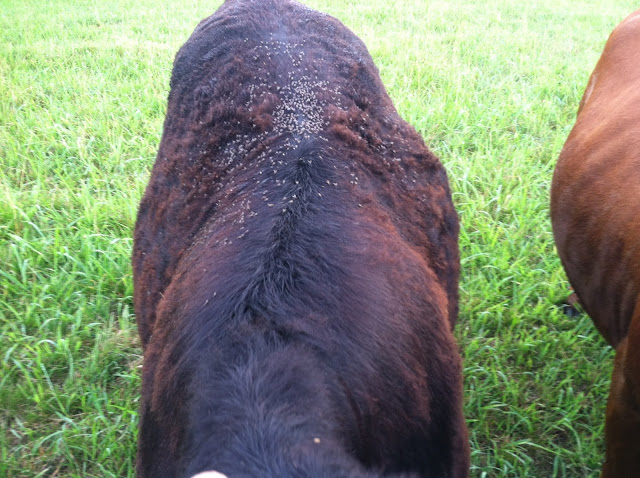 They rub their heads against each other to remove the flies and scratch themselves. 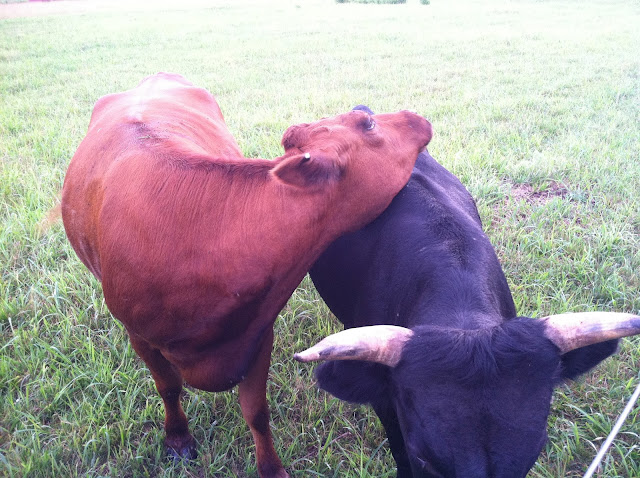 This is a good time of year for livestock.  They're all fat and sassy.  Hopefully my bulls won't be too sassy with me in the years to come.  So far, so good.