Internet friends up close and personal

It's funny how many friends, really good friends, I've made because of the internet.    Some I met through freecycle, goat groups, milk groups, facebook, blogs, craigslist, etc.

Today one of my goat kids went to a new home in WV.  Her new owners came on Thursday and spent two nights with us before taking her home.  We met because of an online goat group I'm a member of and later met in person for a few hours at a goat jamboree earlier this year.  As you can imagine none of us knew what to expect of our few days together but I don't think any of us were the least bit worried that we wouldn't get along (at least James and I weren't).  For all they knew we could have been some crazies who would lock them up and torture them. 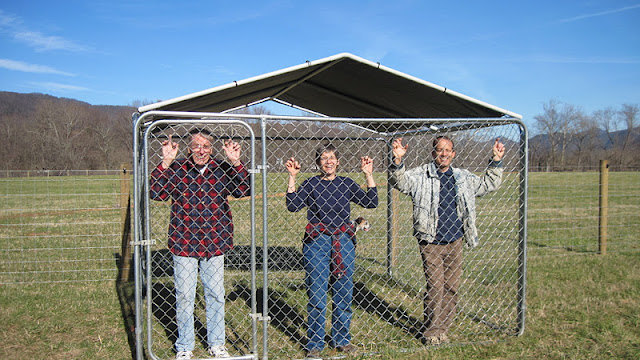 We had a great few days together.  It's funny how strangers can click like this.  We were busy most of the time and we had much in common, as you can probably tell by this picture.  Note the coveralls, shoes and hands in pockets. 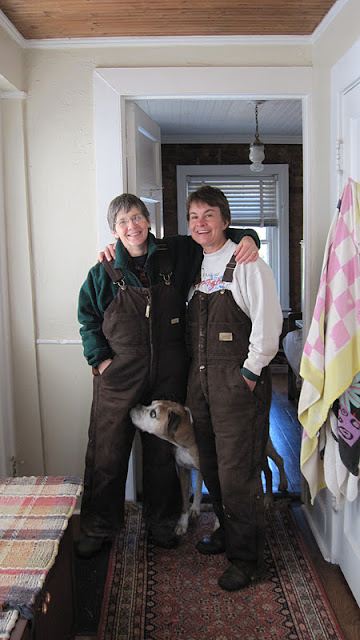 They helped us dig post holes for a run in shelter in our field.  How many guests can you ask to do this?  I believe Shelley loves to build as much as I. 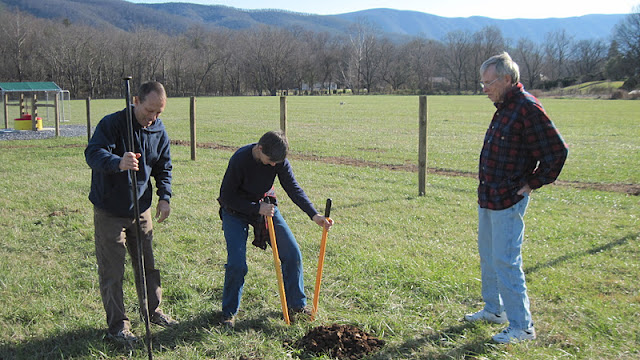 We drug them to hear James practice music and then play Scrabble with us.   They never blinked an eye.  I wonder what they said on their way back home.

An hour after they left someone else showed up to buy 2 more goats.  She had answered a Craigslist ad of mine.  She brought a friend with her.  Again, we had much in common.  I think they stayed for an hour - a very enjoyable hour.  I received an email from one of the women this morning inviting us to their home for dinner sometime.  They're only about an hour from here.

Today more friends we've made because of goat sales on Craigslist will be coming for lunch before borrowing one of our bucks for breeding.  They live an hour and a half away but we've had dinner at each other's homes a few times since first meeting and would see each other more often if we lived closer.

My last blog post painted a picture of weirdos I encounter via the internet.  That happens much less than the experiences I've mentioned above.
Posted by kpannabecker and jpannabecker at Sunday, December 04, 2011