I had an experience last week I don't think I'll have again.  My friend Lornie and I went to see Stevie Wonder in concert. It was a spur of the moment kind of thing.  I didn't even know I wanted to see Stevie Wonder in concert, but what the hey, I was game.  I had no idea what was in store for me.  Where do I begin?  The talent on stage was incredible.  Not only were we entertained by the genius named Stevie Wonder, but all the folks behind him, at least 30 or more performers, put on a show that I doubt could be matched. Just when we thought we'd heard the most amazing voice or musician, one of his background singers or other talent outshone the last.

I'm embarrassed to say I thought Stevie was in his late 70s, only to find he's just 65 years old.  The reason I thought this is probably because he's been performing since he was signed with Motown when he was 11 years old.  He's been in the public eye for most of his life.  There's so much I want to say about what I learned about him that night but instead I'll just share a few videos of him performing.  He's all about peace, love and understanding.  That was the theme of the concert. 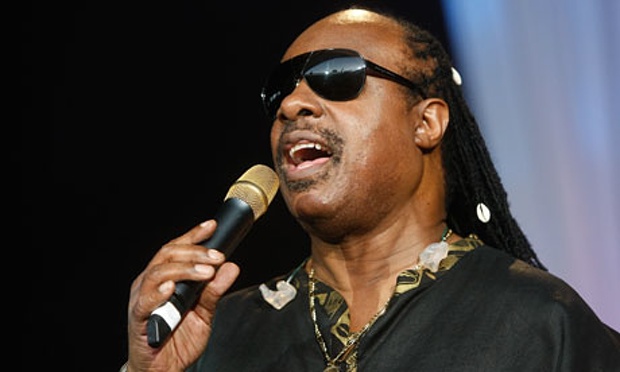 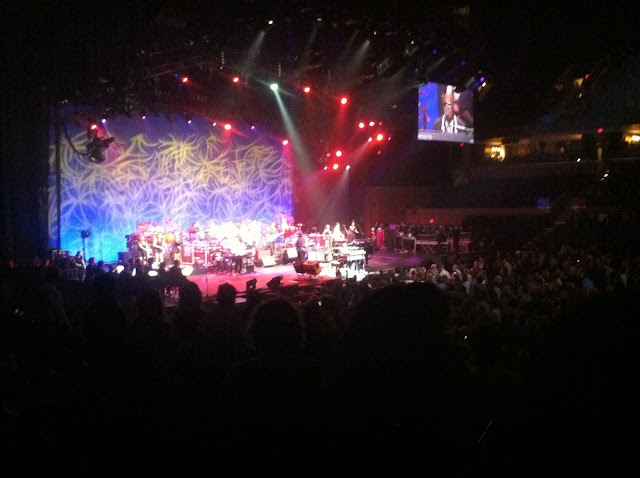