For months now something has been digging tunnels inside my milking barn.  The critters were leaving big holes everywhere with big piles of dirt beside them.  They've dug a tunnel so deep under the spot I sit when I milk that I've had to fill it with 2X6's. 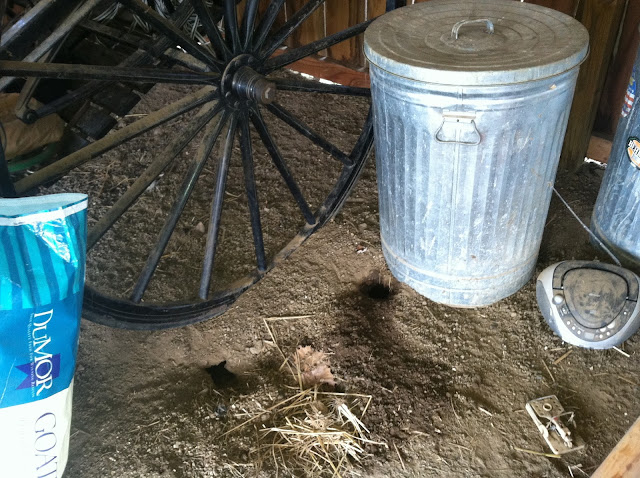 I've seen mice in the barn but never anything bigger.  It wasn't until a few weeks ago when something ate its way through Rubbermaid feed bins that I decided I needed to put a stop to the destruction once and for all.  I built a trap out of a 5 gallon bucket with a soda bottle covered with peanut butter.  The idea was for the pest to climb onto the bottle to get the peanut butter and fall into the bucket of water when the bottle spun.  The first morning when I checked the trap I saw whatever it was had licked all the peanut butter off the bottle without ever having stepped on it.  I figured it must be pretty big. 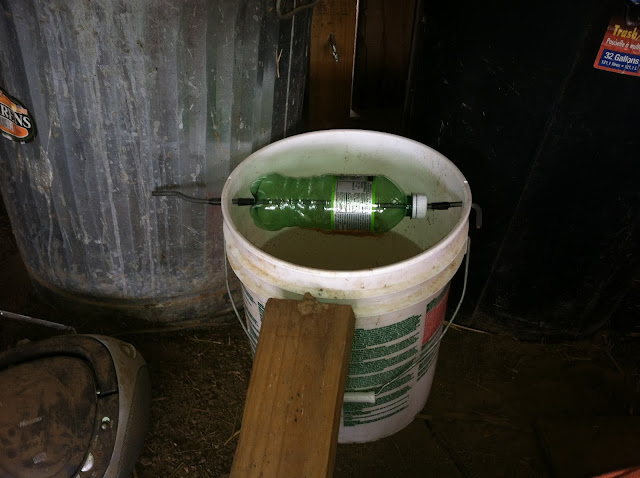 Next I set up a trail cam to see if I could get some pictures of it.  I also set a regular spring loaded rat trap.  The next morning I found a very large rat in the trap (not the bucket) and when I looked at the pictures on the trail cam I saw the dead rat in the trap and another large rat walking nearby.  I've now caught 3 rats in the spring traps and none in the bucket.  I wonder how many more I'll catch.  It's disgusting.  When the goats walk in to be milked they seem a bit leery and look around the space.  I'm sure they've seen the rats.  Not only did the rats do lots of damage but Keri goes nuts digging for them and leaves even bigger holes.

Some other pests are of my own making.  We have about 24 chickens who follow us everywhere we go looking for handouts.  I had to stop feeding Bug (our cat) on the patio because the chickens were eating her food.  They poop all over the patio and when it rains they sit on the steps by the back door.
One day I heard soft knocking on the door and when to see if someone was here only to find a chicken pecking the door.  I'm sure she was asking to come in out of the rain. 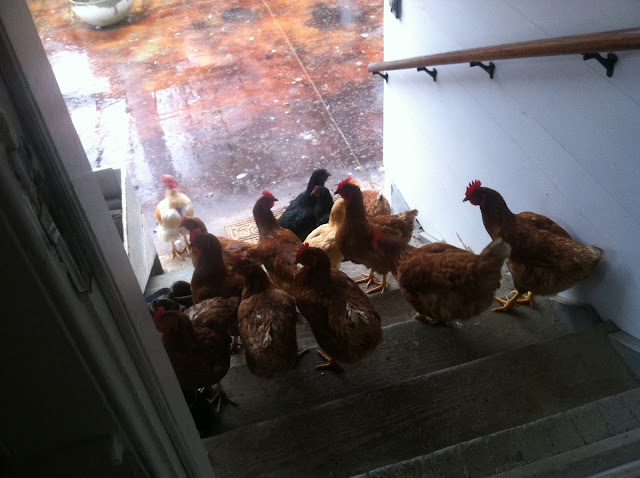 If we don't close the door tight they walk right in the house.  Yogi and the chicken were both curious about the other.  It was actually quite cute. 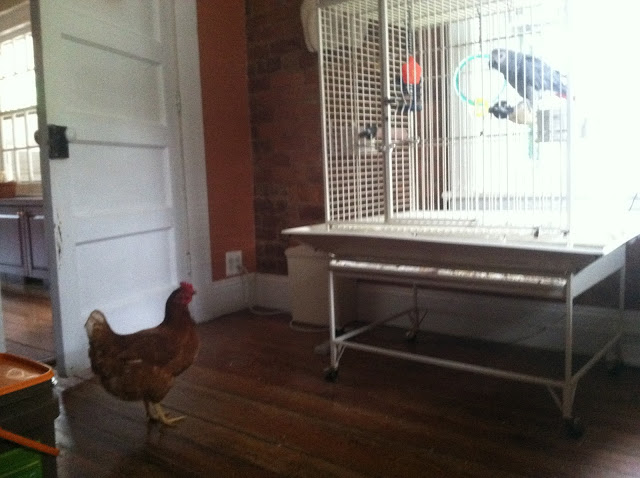 Also cute is the way my animals share food and milk. 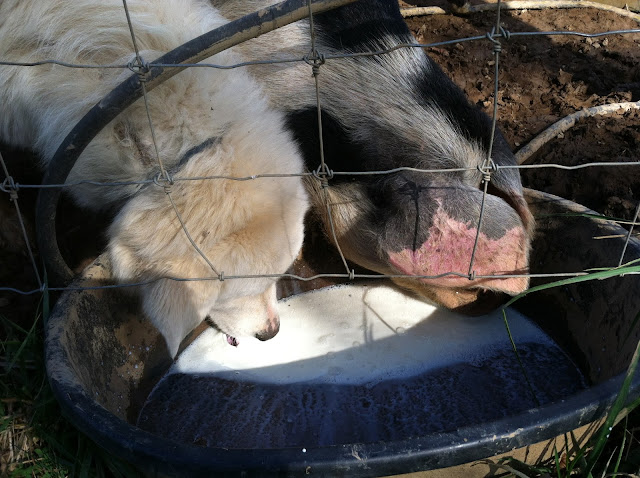 Notice the one spotted "goat". 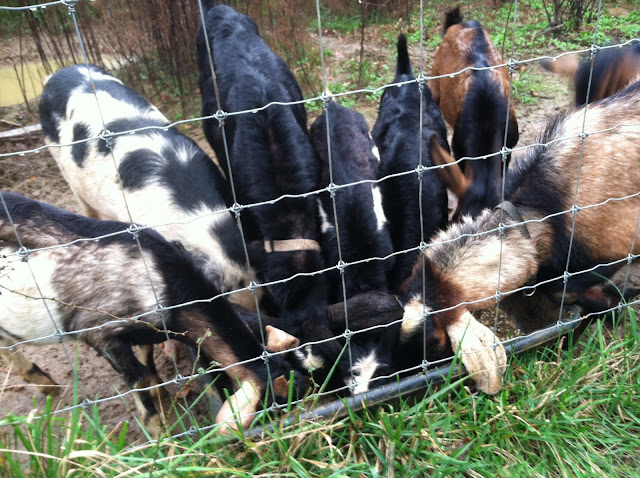