How to demolish a hot tub

I Googled how to demolish a hot tub and then watched several videos of other people doing just that. They made it look so much easier than it actually was.  That's what my project was today. 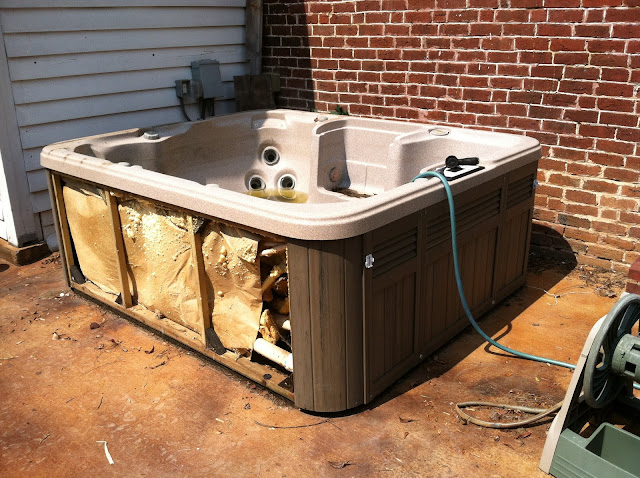 Our hot tub died several years ago and instead of getting rid of it we let it sit there and be an eyesore. Some of you remember I transformed it into an aquaponics garden of sorts.  It was successful for a brief time but became harder and harder to keep the water pumping and fish alive. 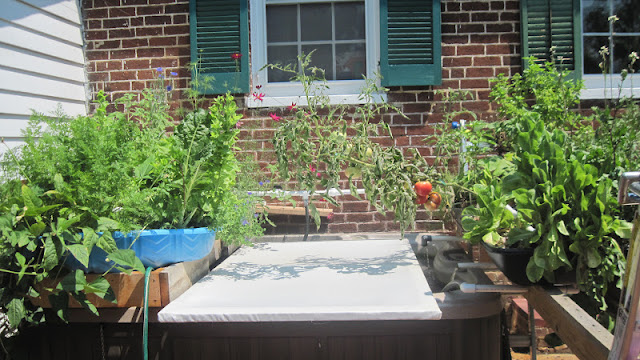 In one how to video the man used a Sawzall to cut the hot tub in 4 pieces which he was able to load into his pickup and carry off, easy peasy.  HA!  I bought that hook, line and sinker.  I got my Sawzall out and got to work.  In case any of you Googled how to demolish a hot tub and stumbled upon this blog, please be sure you disconnect all power before becoming a crazy person with your saw.  I don't want anyone killing themselves because I neglected to remind them of that.

I began to cut.  Videoguy told me there'd be rebar or angle iron in the tub so I'd need to use a blade for cutting metal and thought it best not to use a chainsaw.  I never did see any rebar or angle iron but at times it felt like I was cutting through some.  The saw got hung up numerous times and I became frustrated.  After a few hours of seemingly getting nowhere I resorted to something no one else mentioned in their videos - destroying it with a tractor.  I pulled it off the patio so as not to damage the house or pergola. 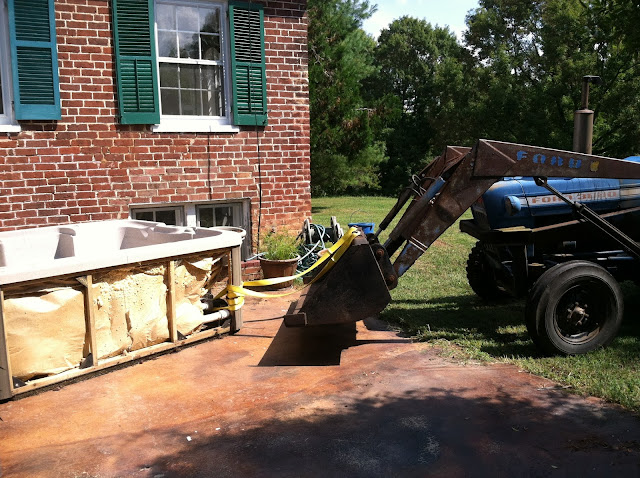 Then I lifted, tipped, crushed then cut some more with the saw.  Eventually it looked like this. 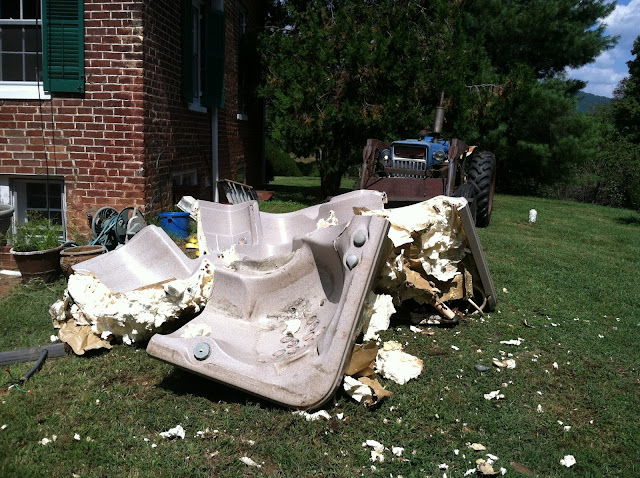 And after cutting MANY tubes, pipes and hoses I was able to get it into pieces that will fit in our pickup. 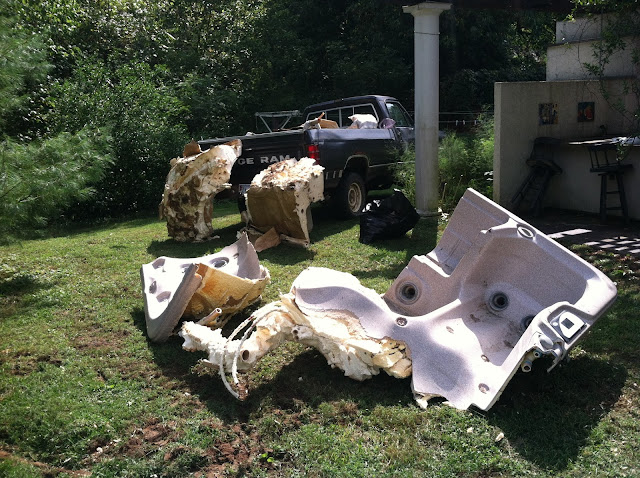 So if you've read this because you have a hot tub to get rid of I recommend you either buy a tractor or pay someone to remove it for you.  If you're smart you'd do the latter.