In the past we've used solar chargers and polywire to move animals around to different locations within their woven wire fences.  This works great with goats and donkeys because they're very sensitive to a small zap.  The pigs though have been testing it more and more this year so I decided to electrify the top wire above our woven wire fence using a fence charger and a car battery.  This way I can tap into that power and move the polywire anywhere within their fencing with just a few clips.  This was working great.   The battery gave the fence a much stronger charge, as James and I can personally attest.  After a month though, the battery lost power.  I was told it would take a long time for the electric fence to run the battery down.  What I hadn't really noticed was that the johnson grass had grown more than 6 feet tall and was touching the wire for more than a hundred yards and was probably sucking the power from the battery.  So today I began weed eating the fence line while James was using hand trimmers to clean up some more fence line on the other side of the field. We have about 2 miles to do.  Not all of it has grass touching it but we need to keep it low.  I have no idea how much line the weed eater used up today.  It seemed like I was forever untangling grass around the head of it or adding more line.  Johnson grass is tough stuff. 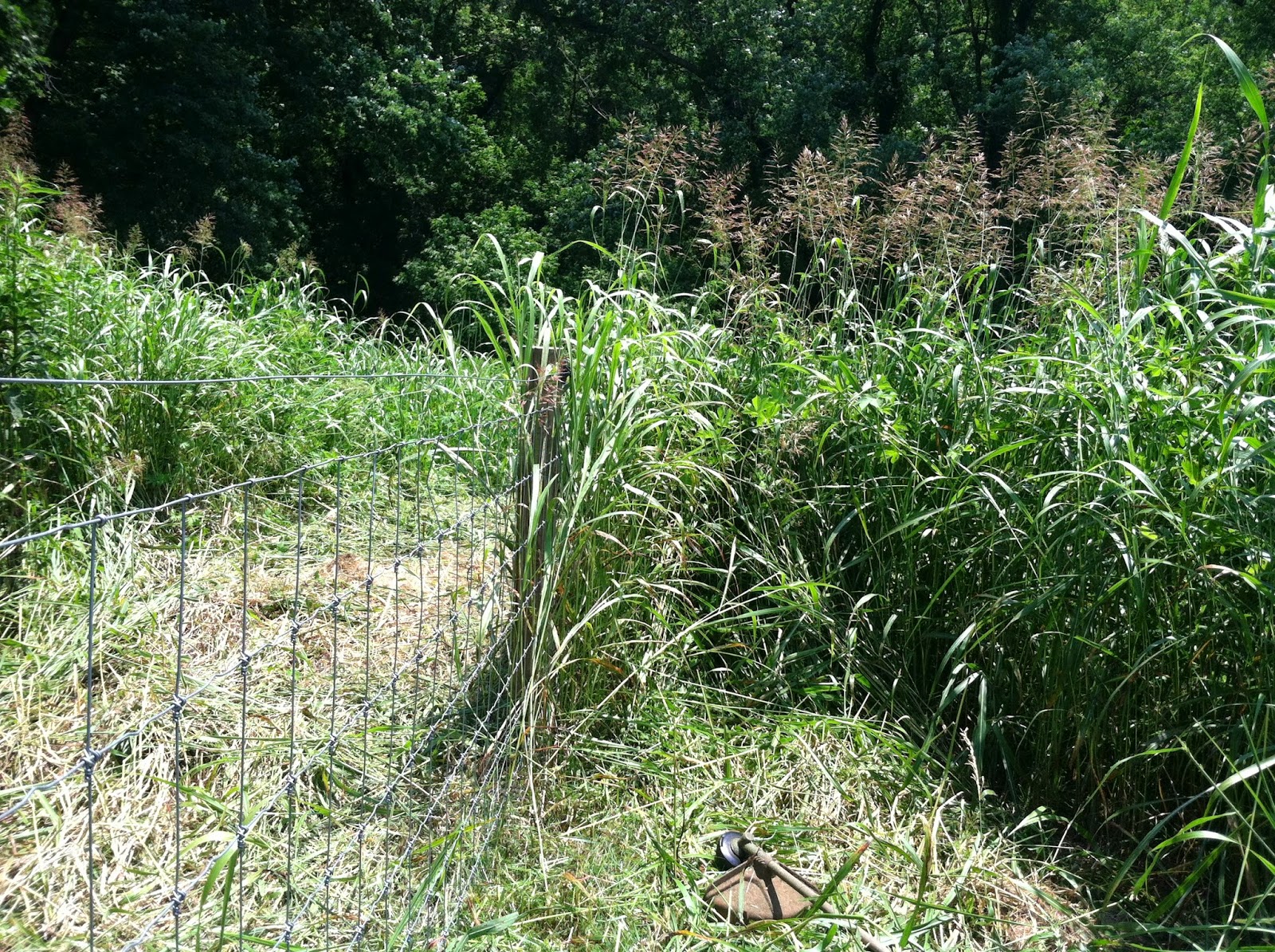 After 10 hours of very hard labor and gallons of sweat, (ok, it was probably less than 2 hours and I did get a little warm and itchy) I quit and asked James to join me and the 3 dogs in the river.  I'll get it done eventually.  I charged the battery back up with a trickle charger but for now I have the solar charger keeping the pigs in.   Willo figured out her fence isn't hot and has been leaving it to graze now and then but Jaz is still too afraid to test it.  Maybe I need 2 batteries to keep switching out to keep the fence charged once I get the grass off it.

Is there anyone out there who wants to give me advice about charging a fence with a battery and charger?

I know a blog about electric fences isn't very interesting so I'm including a video of Baxter and Willy to add a little cuteness to this post.