Hitchhiking on the river

Neither Lex nor Keri will venture far in the river.  They don't like their feet to leave the ground so we can't coax them to swim.  Baxter, on the other hand, swims quite well, though I'm not sure if he's excited about it either.  I really want him to ride my kayak with me so I'm determined to convince him he loves the river.

Yesterday was his first ride.  A few days ago he jumped on my tube with me in it so I thought it would be a no-brainer getting him on the sit-on-top kayak.  Not so.  I kept begging him but he was too interested in other people nearby or exploring the shore.  Finally I drug him aboard and moved away from land quickly so he wouldn't jump off.  I kept him on for about 20 minutes then paddled toward land where he jumped off into deep water and had to swim maybe 10 yards.  I'll be glad when  his life jacket arrives (hopefully Wednesday) so he swims easier and it doesn't look like he's working so hard.  I thought that was good enough for one day.  A little at a time.

What he likes best about the river is rolling in things, chasing ducks, sniffing about, biting leaves in the water and watching/visiting people.   A group of people on tubes floated by and talked to him.  As they were approaching the small rapid just below our property Baxter raced down shore to catch up to them.  This is where I ask you, what happened next?  Take your time.

Yes, he jumped aboard the tube of a woman/girl (I couldn't see her well, just heard her).  I thought she'd throw him ashore but she didn't.  She continued to float down the rapid with him on her lap.  I kept yelling to him to come, and to her to push him off so he could swim to shore.  James paddled to the top of the rapid and finally the woman pushed him off.  I don't know how hard it was for him to swim to the edge but it wasn't too far.  James then coaxed him into his kayak and brought him back.  He said Baxter's heart was beating really fast.  He settled into the ride with James and looked much more relaxed.  I think he was just worn out. 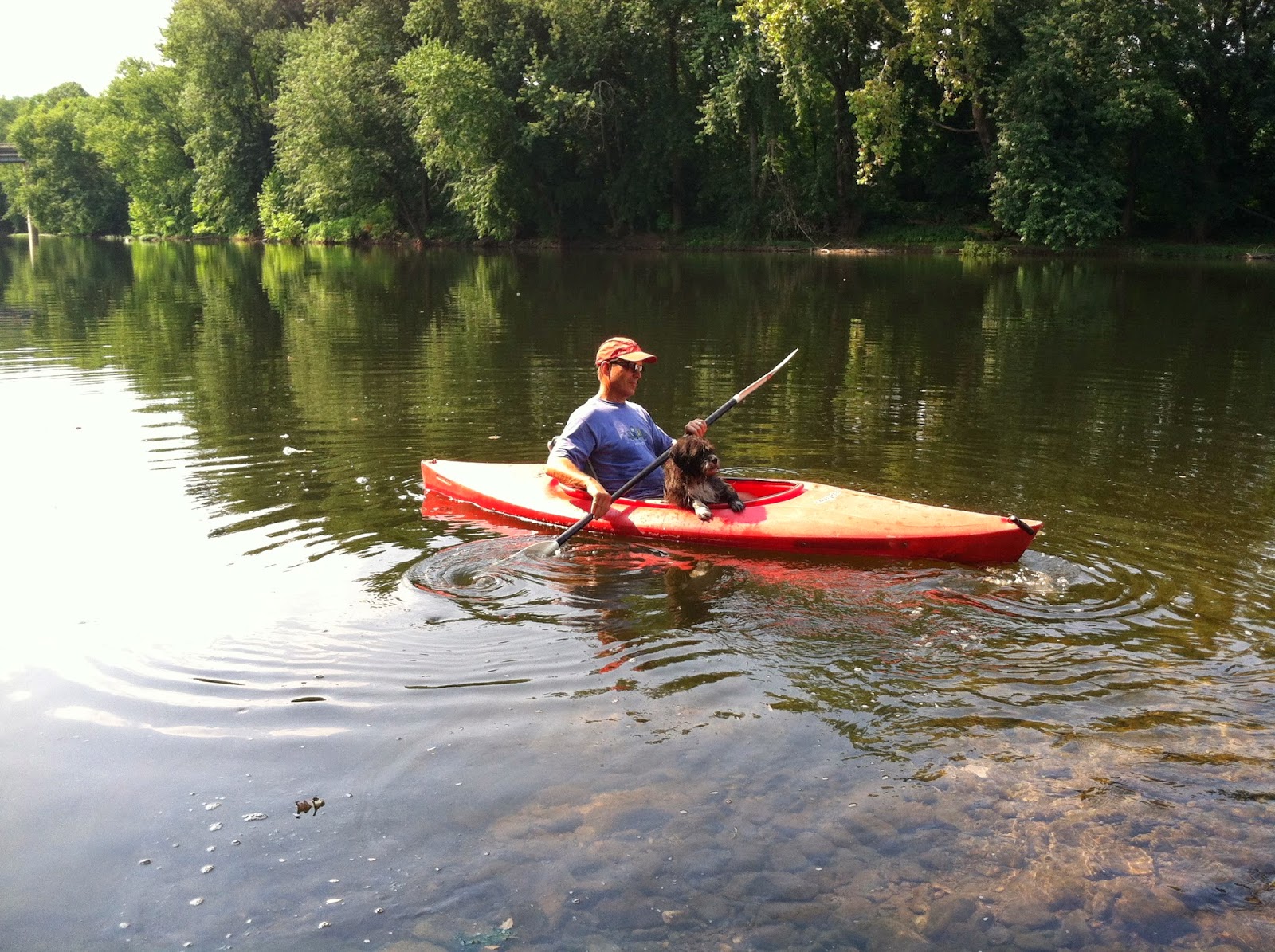 Maybe it's not such a good idea to make him love being on the river.  I need to teach him it's not ok to take rides with strangers.
Posted by kpannabecker and jpannabecker at Sunday, July 13, 2014