How can I make Jiminy a feminine name?

This morning I let the goats out in a more lush part of the lawn to graze.  I sat down against a tree and watched.  It's very relaxing to watch goats graze, even when kids are using you as a jungle gym.  Jiminy followed Cricket across my lap and as he passed me I thought, hm, his back end looks more like a girl's than a boy's.  I picked him up, studied his underneath and oops, poor thing, I've been calling her a him for a month now.  Even now, knowing she's a girl, I can't stop seeing her as a him. 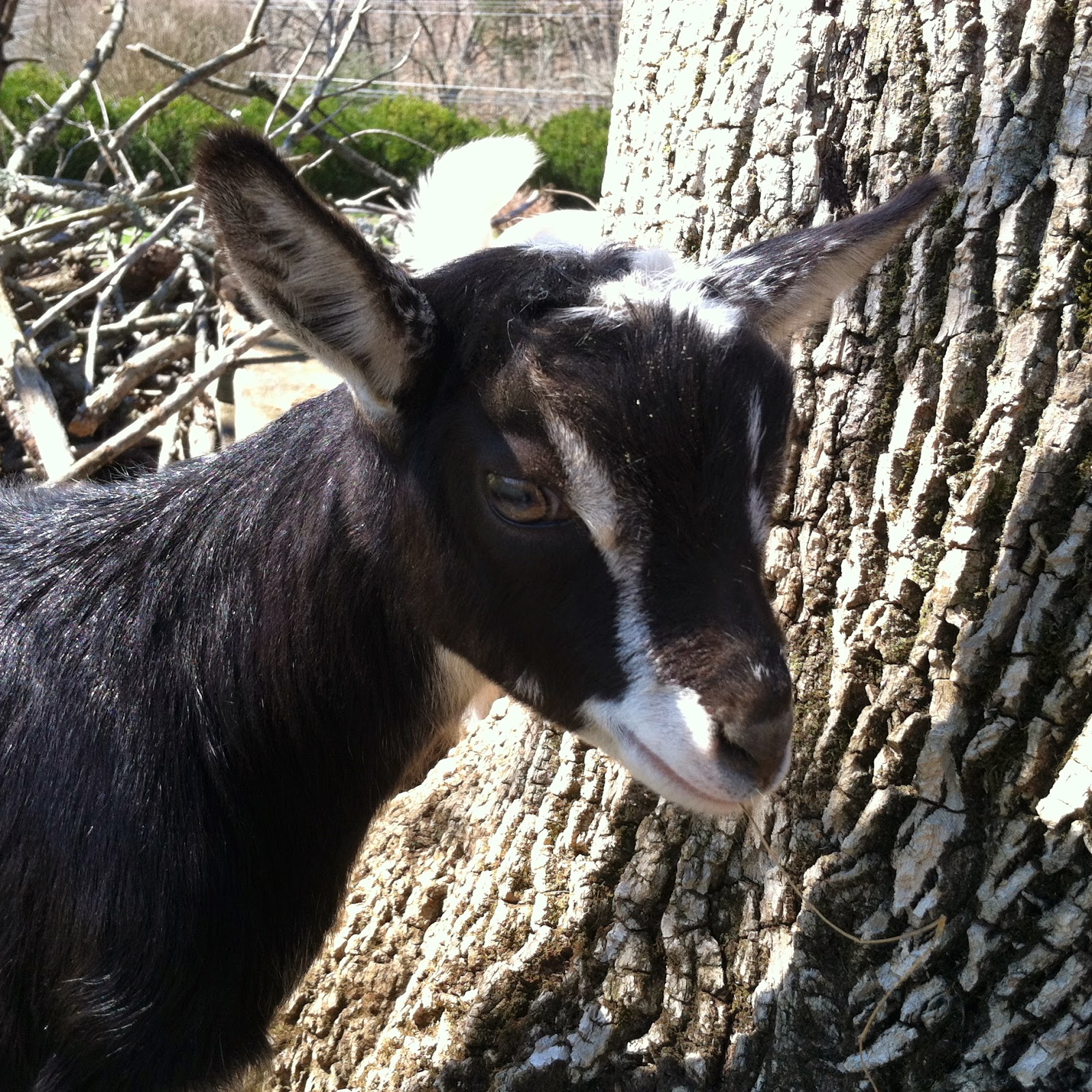 Looking at Cricket's face there's no mistaking she's a girl.  She has a very feminine face, I think. 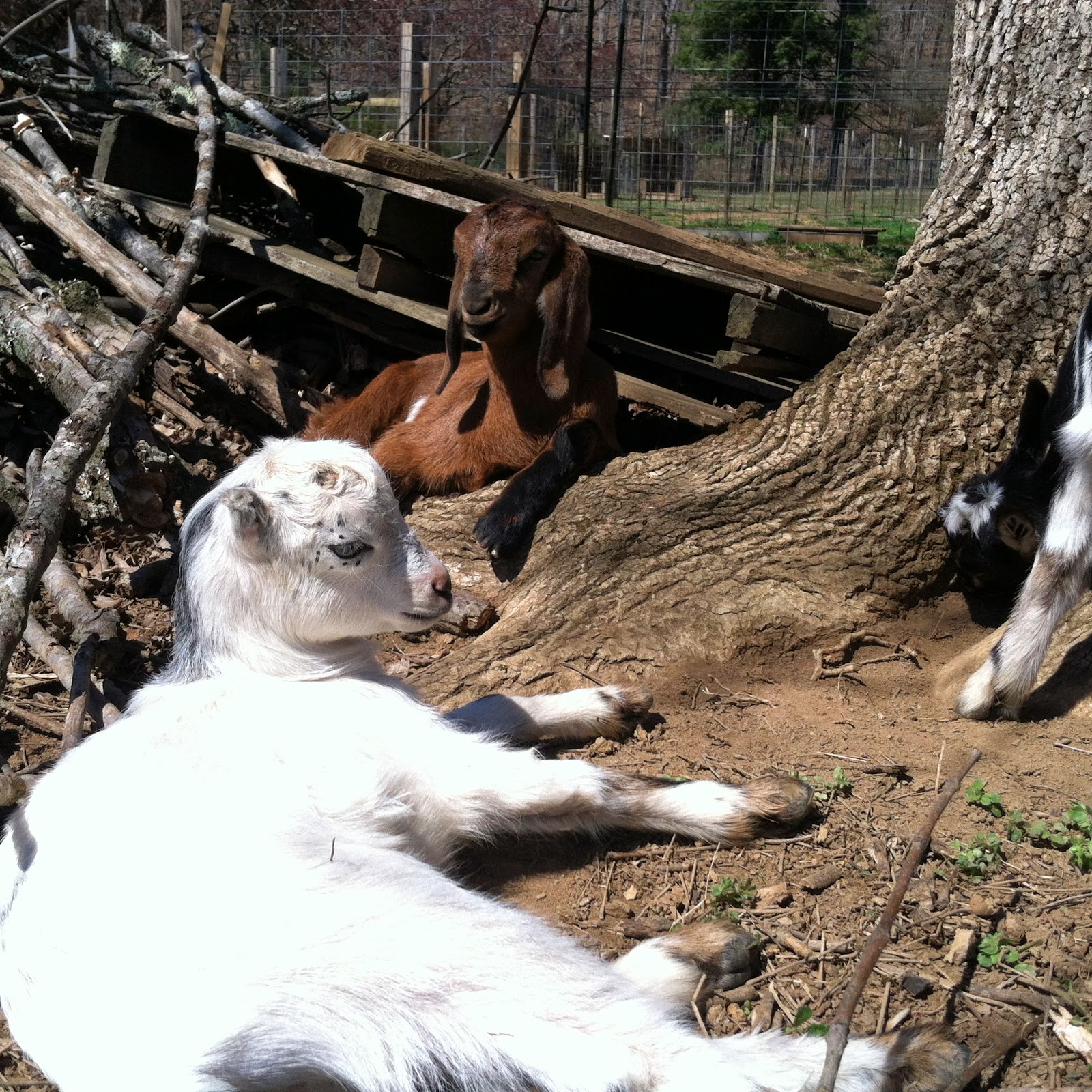 It has taken me a while to remember Pessa's kid is a girl.  She reminds me so much of last year's Paul.  She's stocky and big.  Her name is Mrs. Butterworth.  She'll probably look much like Pessa when she's grown.  If we had more space I'd keep her.   Like her mom, she's very low key. 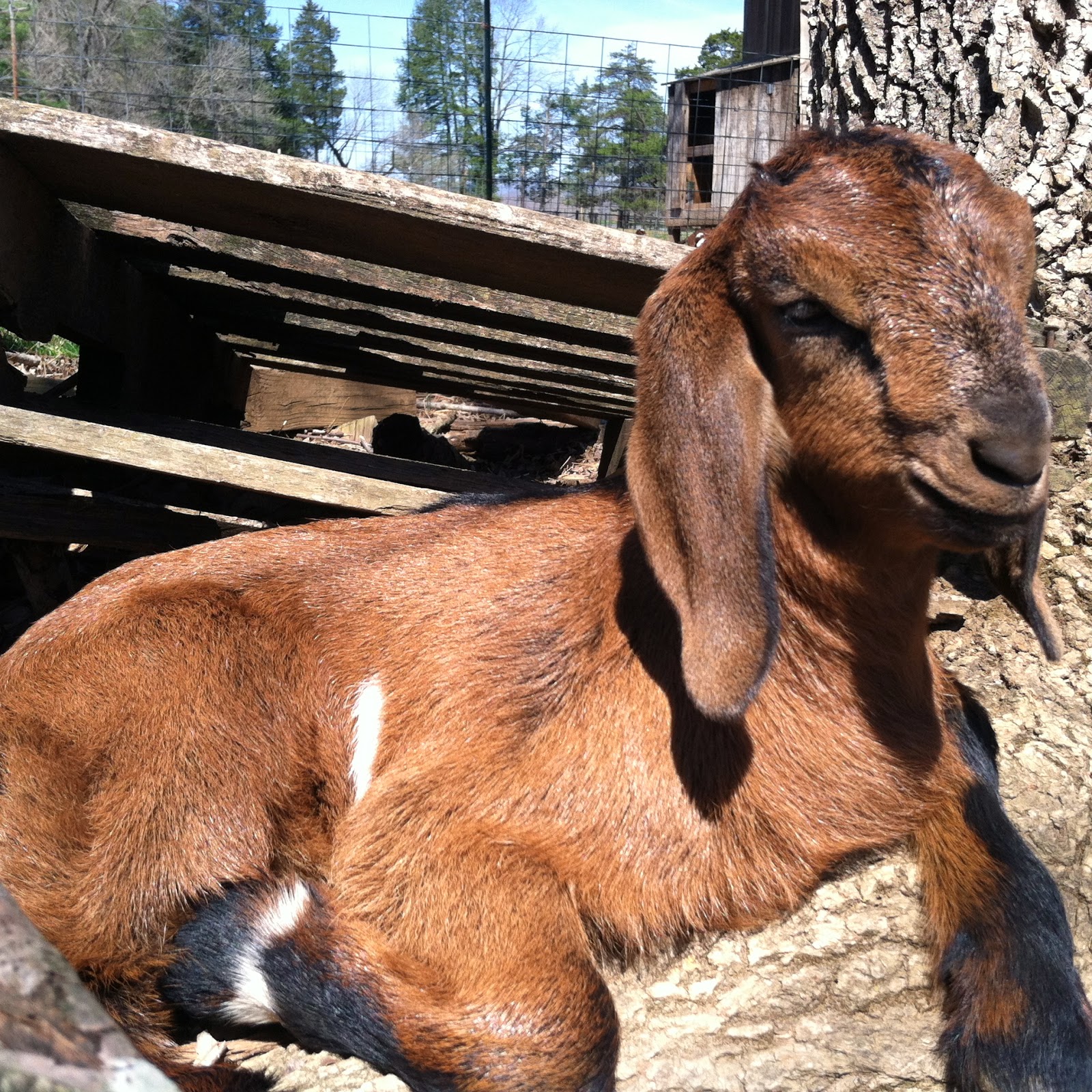 Three kids have already gone to new homes and 2 more have been promised to someone but won't leave until they're weaned.  The only doeling I plan to keep is Luti's girl, Lucinda.  She's polled, which means she won't grow horns.   Neither of her sisters were polled. 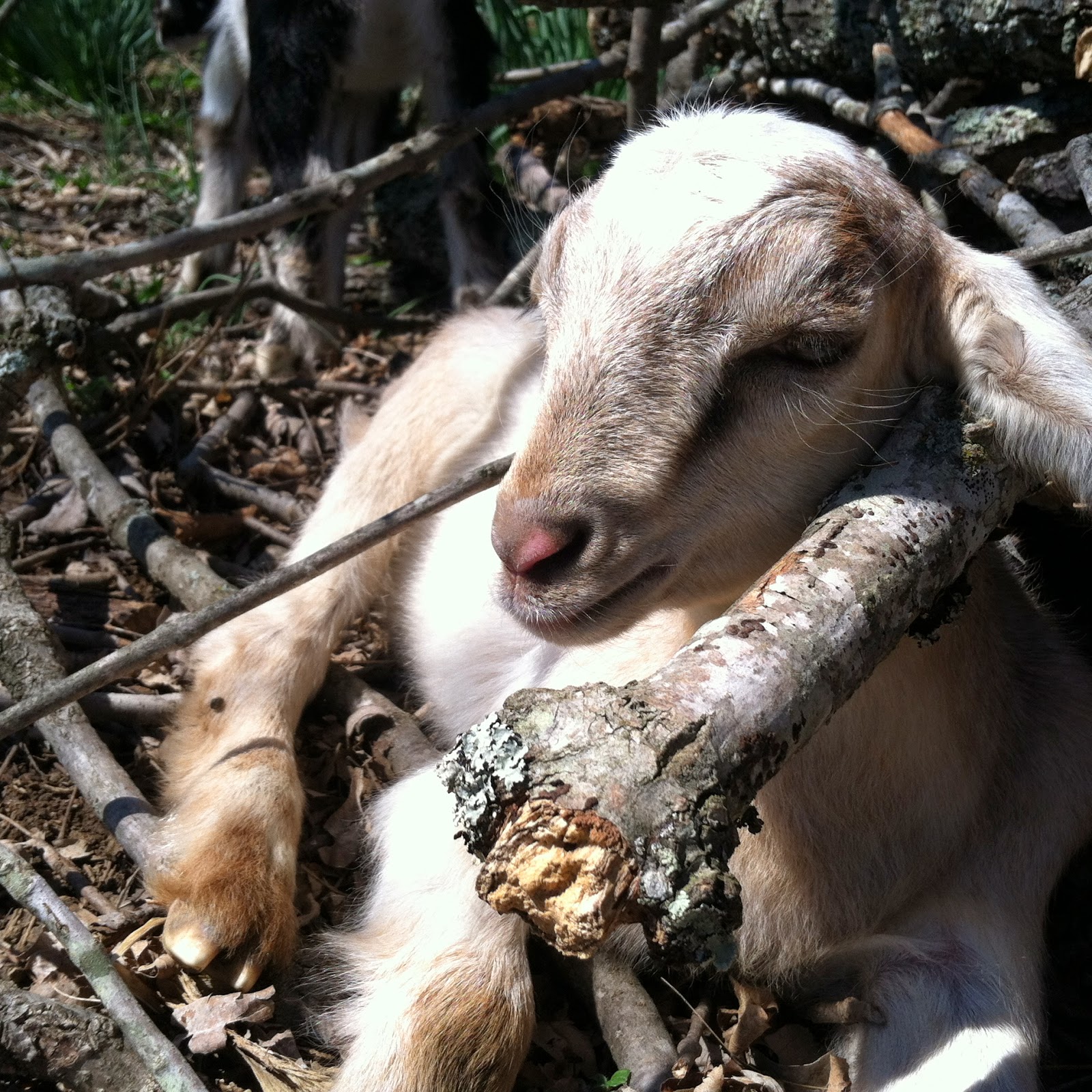 Another thing I find relaxing is sitting in the field beside Raisa listening to her chew.  I think she likes my company too.  I wipe her eyes and keep the flies from them.  Watch this video again and again and then tell me if your blood pressure doesn't drop.

I think Raisa is going to have her calf very soon.  Her udder is getting huge and her body is showing signs that it's getting close.  I really want to be there for the birth but I have a feeling I'm going to miss it.  I missed half the goat births this year.  That has never happened.  I'm slipping.
Posted by kpannabecker and jpannabecker at Thursday, April 10, 2014