I returned Wassee to his piggy family on Tuesday and he's doing great.  I have no idea what made him sick but whatever it was is gone and he's running around just like Mickey and Wendell.   Mickey had lots of secrets to tell Wassee.  Now he needs to put some weight on like them. 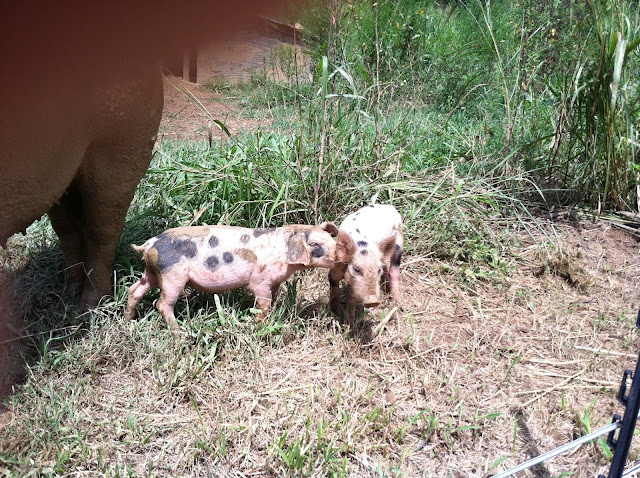 It may have been good for Wassee to be away for a bit because Roxie has accepted the others and they all get along well now.  Wassee is still her little buddy though and she's very protective of him.  He adores her too and I know he's glad to be back in the fold.

I had worried Roxie wasn't going to allow Mickey and Wendell in her house so I thought it would be a good idea to build a second one for them.  Yesterday James and I assembled it and the inspectors did a quick once-over, taking bites out of and rubbing on it. 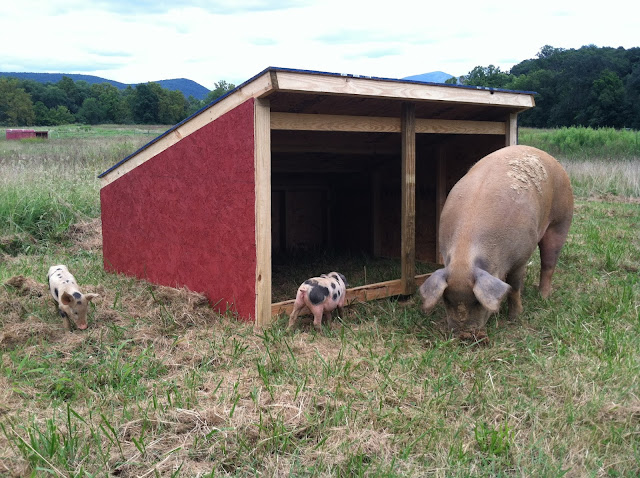 It still needs a metal roof and more paint.  I wonder how long till they move in.  I'd like to have several of these in different paddocks so when we rotate them we don't have to move houses around.  Pigs are really good at piling dirt all around the base of the shelters making them hard to move.  They've already begun burying it. 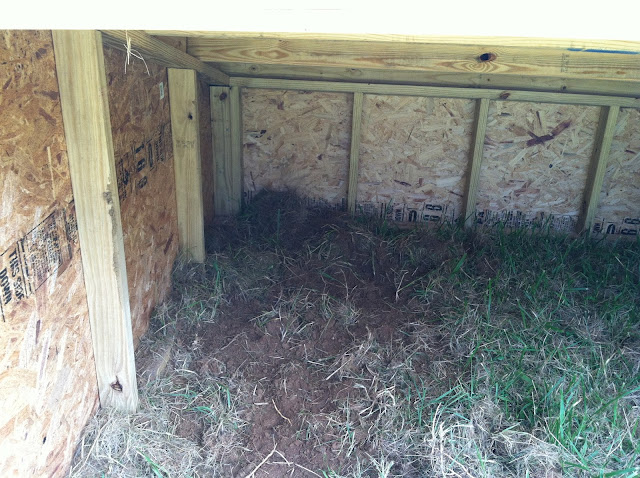 I also threw together a rabbit tractor so the rabbits can have grass to eat and I can move it around the yard.  It's built out of old screen windows, a few 2 x 4s and a tarp.  I thought they'd be excited about it but maybe they're going to have to get used to it.    The 2 girls I put in there (along with two babies) chased each other round and round and I worried they'd have heart attacks they were panting so hard.  This morning they seem to have settled in more and have eaten so much grass I had to move it. 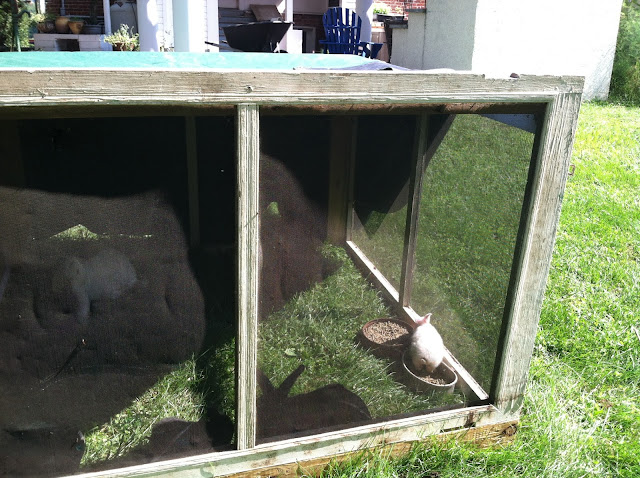 Today I'll be moving donkey fencing so they'll be grazing new pasture and the old will have time to recover.  This year I  plan to rotate my animals and see if I can manage the pasture in a healthy manner.  We'll see how it goes.  It takes time to move fences and I get lazy about it.  Thank goodness most of my animals respect the electric ribbon.