It took a lot of treats to get these pictures. Happy Halloween a bit early.

I had so much fun dressing animals up for Halloween.  Some like the attention, some are just stoic and take it, others want to eat the costume or run away as if I'm going to attack them with a scary wig.  What I found helped the most was black licorice.  Yup, almost all my animals like black licorice.  You'll notice I have no pictures of James dressed up this year.  That's because he doesn't like black licorice.  There are a few other ways to bribe him but I didn't have time for that before typing this up.  I know what you're thinking and that's not what I mean.  I meant I didn't have time to bake him a chocolate cake.
I hope you enjoy these pictures even half as much as I liked taking them.  I think I took 8 pictures of Roxie and this is the best she and I could do.
﻿ ﻿ 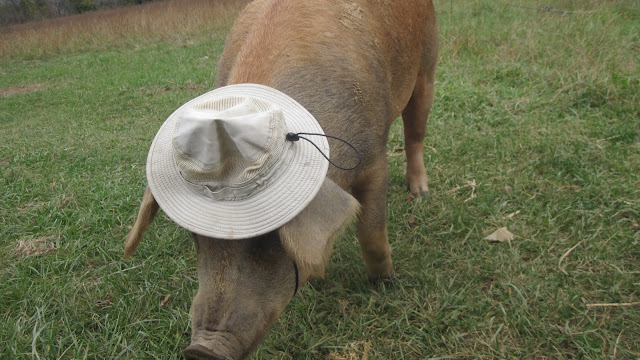 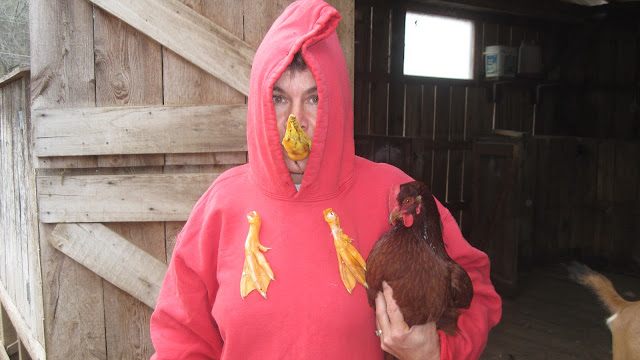 ﻿I don't know which animal this is but she was a little too eager to get dressed up and have her picture taken. 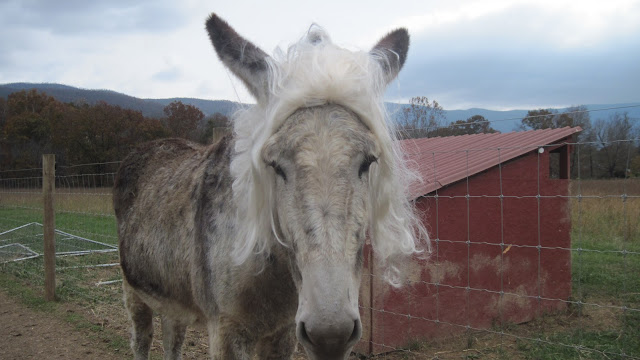 I think Willo looks beautiful as a blonde, don't you? 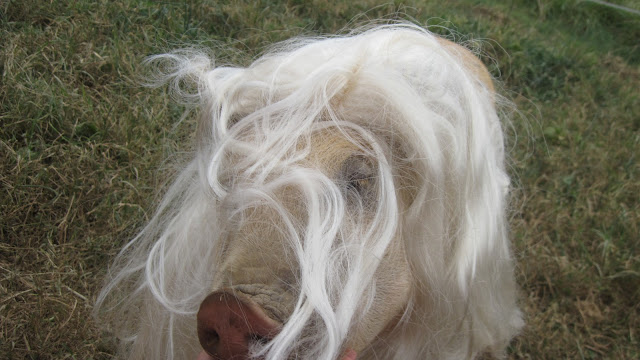 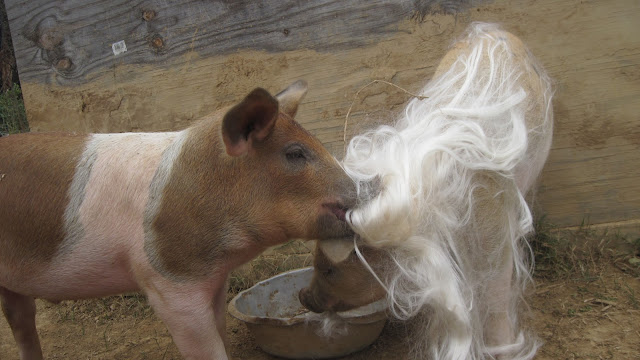 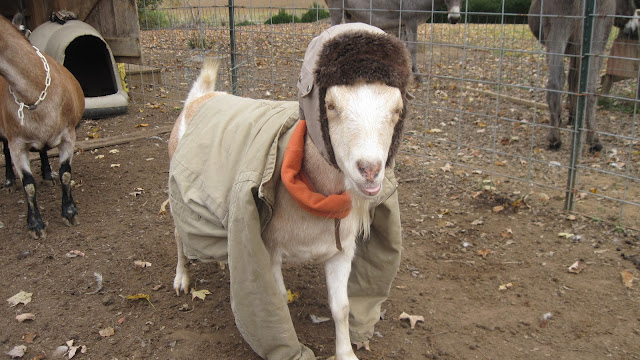 Poppy heard it was going to be a cold winter. 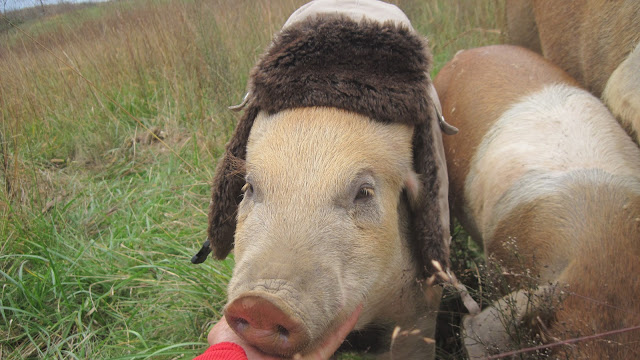 I don't know who looked cuter in the hat, Poppy or Calvin. 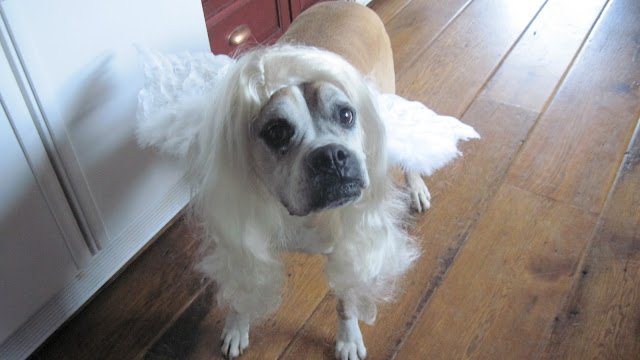 Of course, I can't leave out sweet Lex.  Keri is too bouncy to dress up. 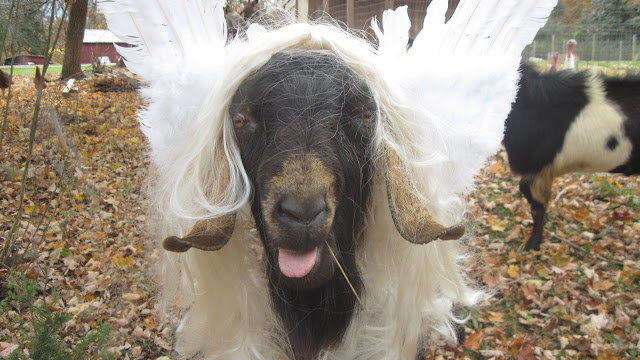 I saved my favorite for last.  Cooper, my buck, is far from an angel but he loved the attention so I put the wings and wig on.  For those of you who have bucks and know what they're like this time of year, you'll appreciate this video.