The humane way to castrate?

I had a new experience today, not one I enjoyed so much.  I've probably castrated about 15 to 20 goats in the past but I've always banded them.  You know, you put a tiny rubberband around the top of the scrotum and the testicles dry up and fall off in a few weeks.  I've read and been told it's more humane to cut the scrotum and remove the testicles and there's less chance of infection or things going wrong.  At the goat jamboree a friend  described to me how he does it and convinced me it was a better way than banding.  I know this is how veterinarians do it so I thought it must be best.

I gave Otto a shot of Banamine (pain killer) about 30 minutes before I was ready to do it.  Next I drug James away from his work to hold him.  I poured alcohol on his scrotum (Otto's, not James').  Ok, grab the scissors, deep breath..... cut off 1/3 of the scrotum and pull out the first testicle.  I was surprised how hard it was to pull it out.  Yes, I pulled it and broke the epididymis.  I think that's the right word.  I didn't cut it.  Even to a woman it seems painful.  There were just a few drops of blood, really, just a very tiny bit.   After removing both testicles I sprayed some iodine on him, gave him a tetanus shot and put him back with his herd.  He walked with his tail tucked between his legs.  It's been about 3 1/2 hours now and he looks depressed and is hiding under the little playground in their pasture.  You know a goat doesn't feel good when he's removed himself from the herd.  Every now and then his mom goes to be near him.  As a matter-of-fact, right now all the goats are hanging out near the barn and she's calling to him to come but he won't.  I feel really bad and I'm not so sure this was the best thing to do.  Maybe tomorrow I'll feel differently. 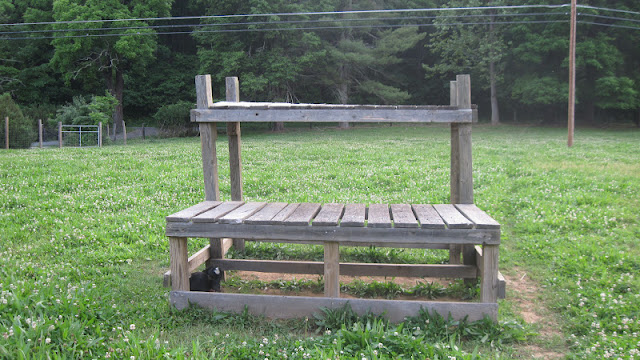 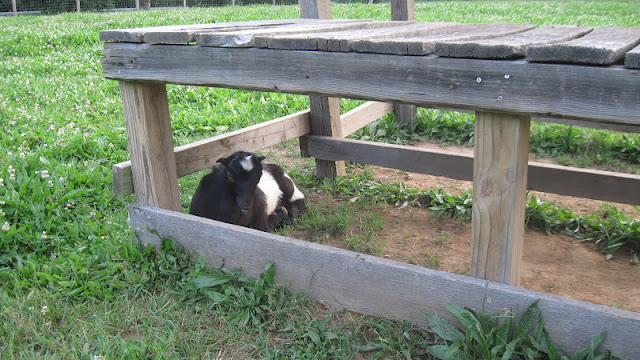 Another reason I did this was because it's how you castrate a piglet only I'll use a scalpel instead of scissors because they don't dangle like a goat's.   I have till July or August till I have to worry about cutting piglets though.