I decided it was time to move Velma and Roxie out of the goat barn so they could have more space and so the barn wouldn't stink so bad.  There's an old, small fenced in garden attached to the girl goat's pen so I put them in there and put boards around the edges where I thought they might squeeze out.  They seemed thrilled with their new digs.  They also seemed thrilled to dig. 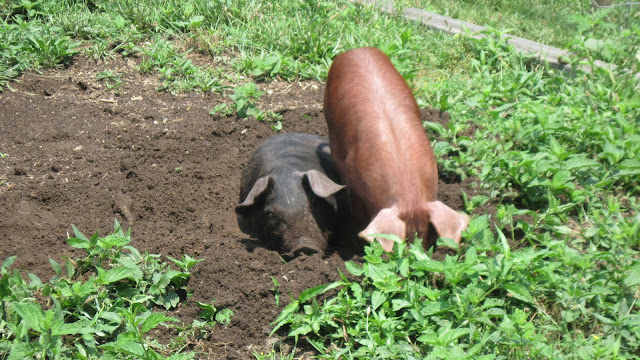 and roll in the mud 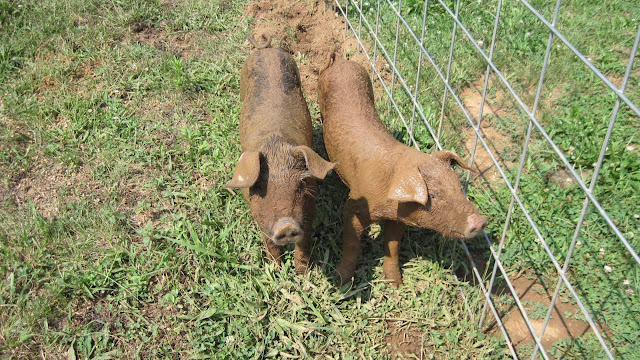 To clean off they thought they might fit in their water bucket.

So we gave them their own paddle boat swimming pool.  They also have a tiny house, which they love, and a tarp for shade.


Unfortunately they found out they could go through the 5" by 6" squares in the cattle panels into the goat's pen so I had to close them back up in a stall in the barn again last night.  Today I put up some electric fencing within that garden space.  Their 3rd and final home will have electric fencing too so it was good to introduce them to it where we had another fence behind.  They both met the fence and were fine the rest of the day.


The donkeys and pigs checked each other out through the fence. 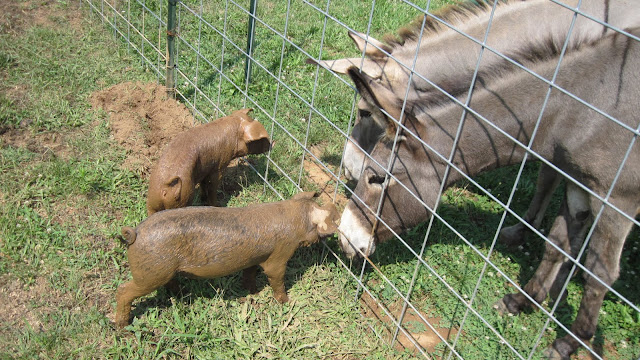 Baby pigs nap a lot, sometimes on top of each other. 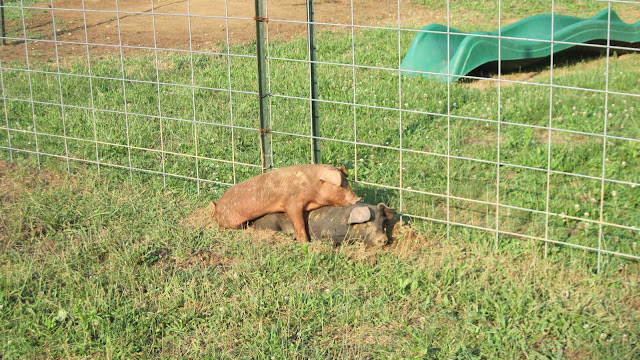 In case you couldn't tell, I'm enjoying these funny little girls.
Posted by kpannabecker and jpannabecker at Sunday, July 10, 2011