We've had a house goat for a week and a half now.  Darla developed an abscess on her neck so I took her to the vet to have it lanced and sent off for a culture. In the meantime we kept her in the house in case it was contagious.  It isn't, thank goodness.  It's something she developed through a cut in her mouth and her mother's milk.  She takes a bottle from me and since she's been away from the herd so long her mother won't let her nurse. 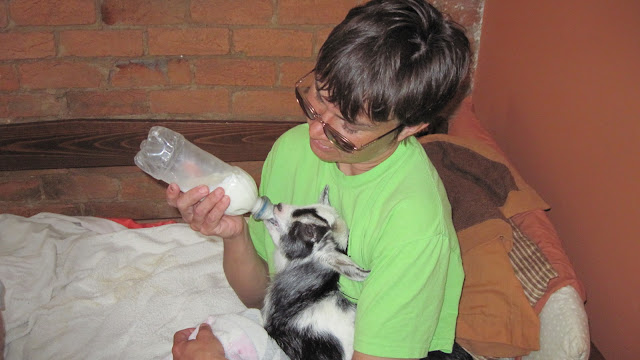 For now I'm giving her shots of penicillin once a day and I'll only let her out to play with the others if it's sunny and warm.  She's not in any hurry to be out in the cold anyway.  If she's not sleeping under the stool at my desk, she's lying in front of the space heater. 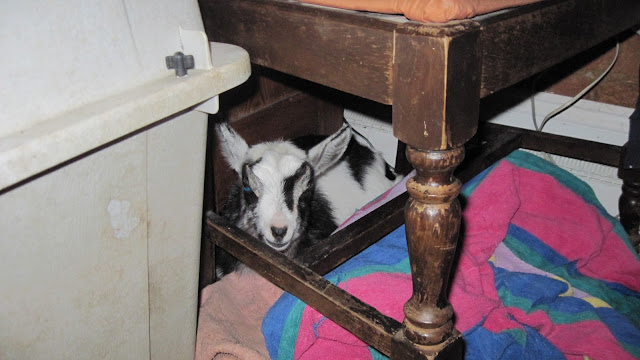 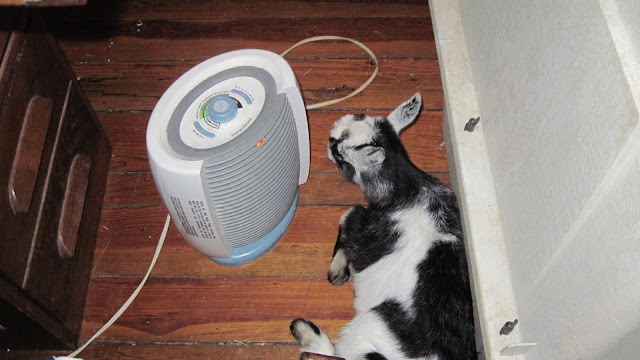 I'm not kidding about the space heater.  Today she came looking for me but when she saw I was nearby she ran back to the den and laid back down in front of the heater.

This afternoon Rosie, Darla and I took a nap together on the daybed. 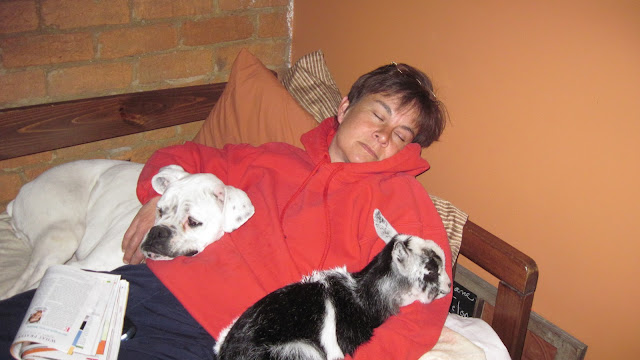