It's all Craig's fault

I have no idea who Craig is but his list is going to turn our little farm into a junkyard.  By now James should know to run and hide when he sees me carrying my laptop to him saying, "look at this".   Two nights ago I checked the free section on the Roanoke Craigslist.  Hmmm, very interesting.  I sat at my desk for a while studying the pictures wondering if I should take it upstairs to show James.   I wasn't sure what I was thinking about it anyway.  I just wanted to see what he thought.  He said, "email the guy and ask him..........."  So I did.  The guy got back to me yesterday morning and told me he had 33 responses to the ad so far and whoever could remove it from his property first could have it.  We jumped in the car and were there in less than an hour.  Two young guys were looking at it but then walked away to go look at a smaller one the man had available.  It was a mess, a mess that looked like a fun project to me, and you know how I like a new project.  We called a friend of ours who owns a flatbed tow truck and asked him if he could get this to our house.  He said he could do it the next morning (today).  We told the owner we'd like it but couldn't get it till today.  He was ready to say no until James asked if we gave him $50.00 would he hold it for us.  Ok, so it wasn't really free afterall but still with the $50.00 and the towing it was still worth it for the thrill.  I've always wanted a little cabin down by the river so once we fix this up we'll have one.  It kind of reminds me of our house when we fist bought it. 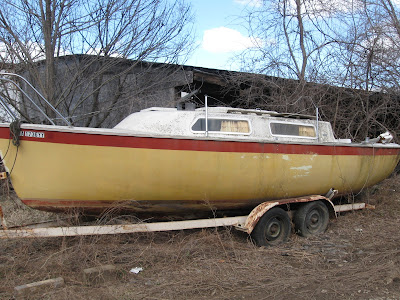 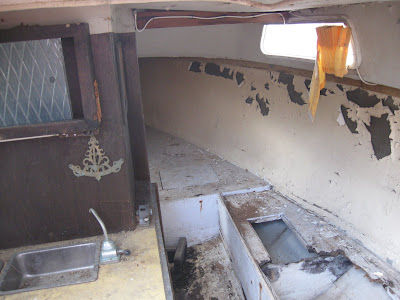 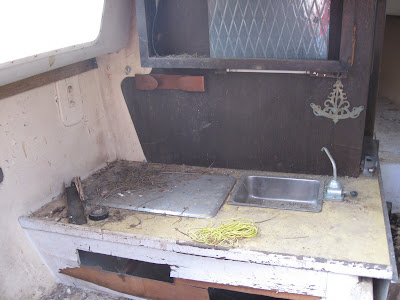 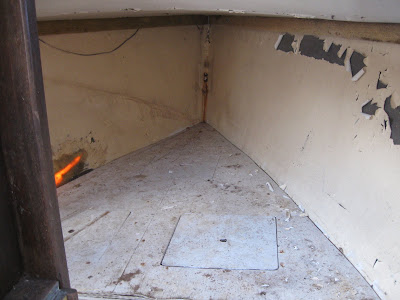 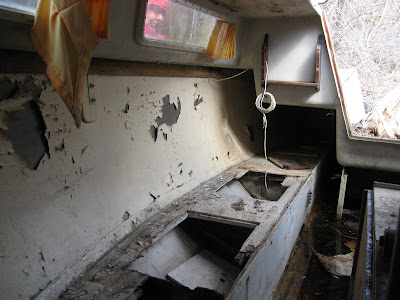 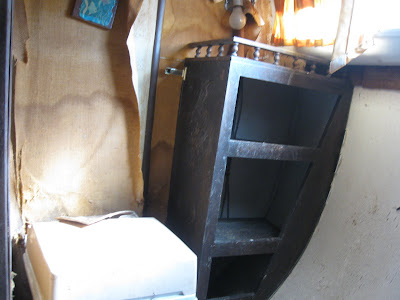 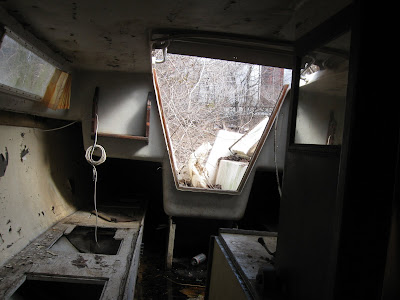 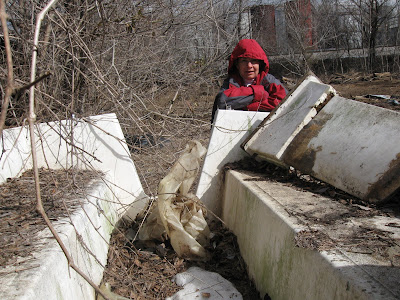