My chickens are 17 weeks old and I'm anxiously awaiting my first eggs. I've really been enjoying this flock. Maybe I forget what it was like having chickens in the past, but I don't remember being so fascinated by them. I should probably go back and read some of my old blog posts.
I have 4 roosters and 14 hens. I had ordered only 3 roosters but the hatchery threw in a surprise chick with my others and it turned out to be a rooster, as all surprise chicks seem to be. I'll get back to this surprise rooster in a minute. Today I decided my roosters needed names. The hens all look pretty similar so I probably won't give any of them names, unless one of them does something to help me identify her.
My favorite rooster, at this moment anyway, is Barack. He's a Buff Brahma rooster. Barack Buffbrahma. He's an independent guy and I see him wandering our property alone quite often. Sometimes he follows me, talking quietly. The chickens have divided themselves, and now sleep in two coops. Ten sleep in one, and 8 in the other, with Barack being the only boy with the 7 hens. 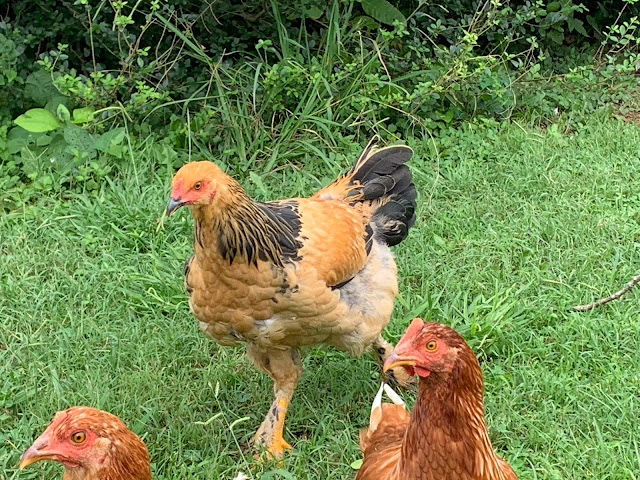 I have 2 roosters that look similar. One is a Partridge Cochin, hence the name David Cassidy. 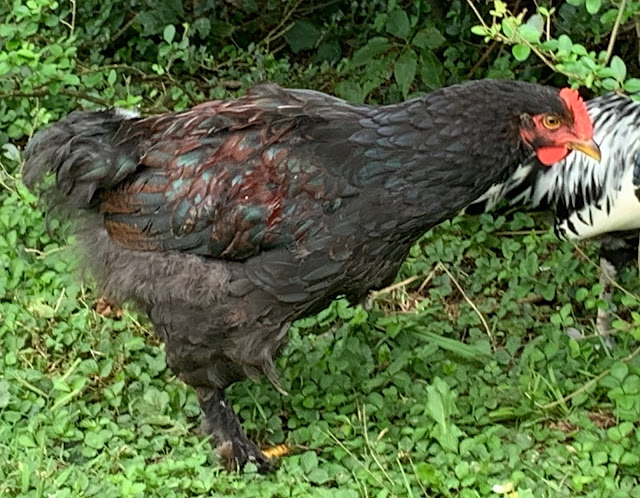 Sticking with the 70's TV theme, my surprise rooster, a Silver Spangled Hamburg, is named Davey Jones, because he's small and cute. 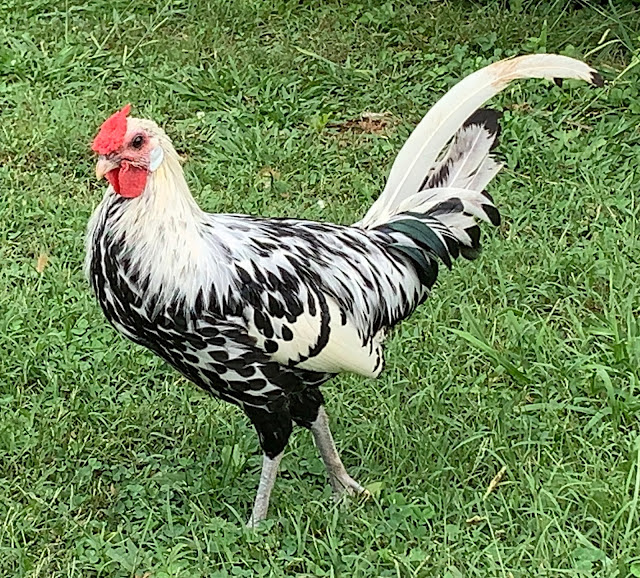 The last rooster is a Blue Cochin and I'm calling him George, for no reason whatsoever, but the name George popped into my head. He's a pretty boy. 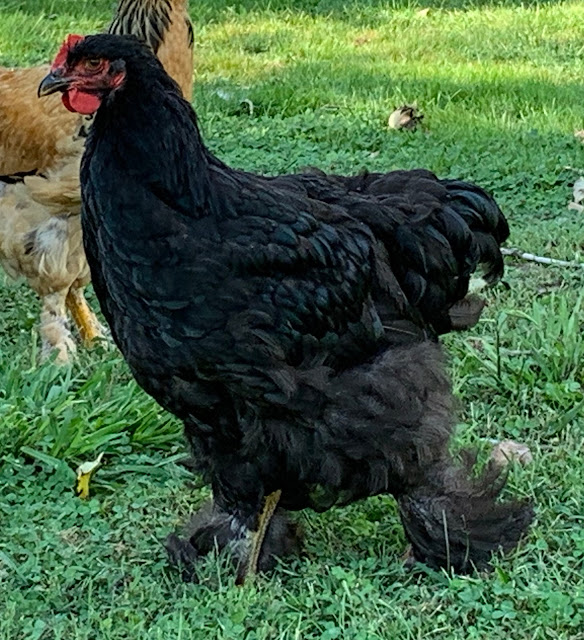 None of them have crowed yet and they all get along well. I hope that continues. We'll see what happens once they all mature.
The 8 chickens that sleep in my older coop can let themselves out in the morning because there's a gap between the walls and the ceiling, so they wait for me at the back door before I've finished my first cup of coffee. I wish I had a picture of that because it's pretty funny. I do have a picture of them hanging out by our basement door. I don't know what they were doing down there. Maybe they thought I was in the basement.

Unlike my other animals, I'm not sure they like me more than anyone else they meet. They'll follow anyone anywhere. They greet every visitor or follow them down the driveway. I'm ok with that. 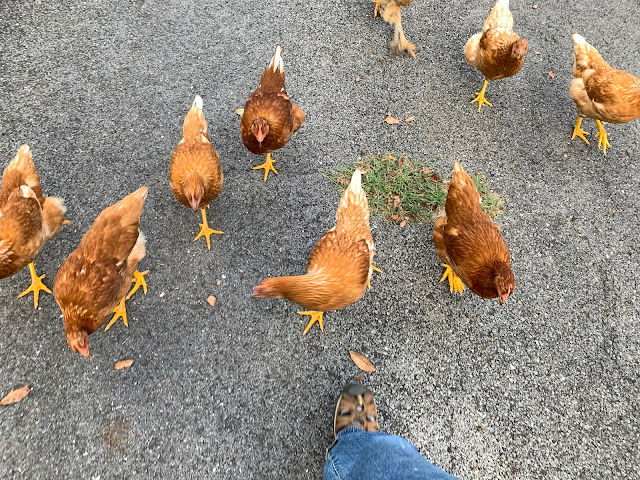