Building picture frames (warning, not for the faint hearted)

I love little projects that I can complete in a short amount of time, and building picture frames is just that kind of project.  My friend, Laura, asked if I'd build some frames for 2 of her paintings of her dogs.  I'm going to post one of those pictures so it will appear as the first photo on the blog, so when I post this on Facebook that will be the photo displayed with the blog.  You'll understand why I don't want these other photos posted as you read on.  First, here's one of her framed paintings. 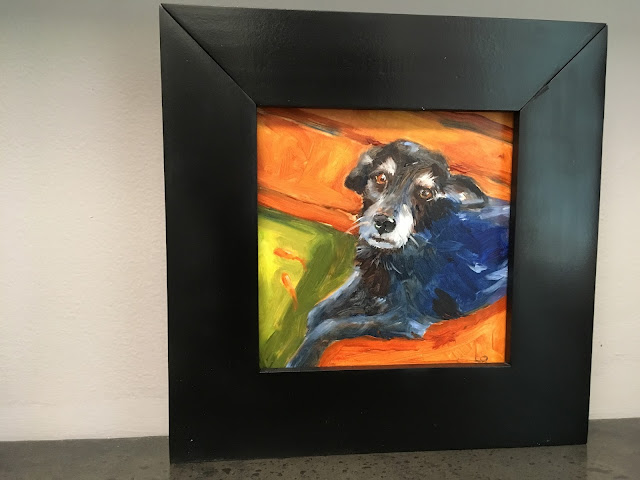 I kind of like this frame because I used some tongue and groove flooring we have leftover and instead of removing the groove part, I used it to slide the hardboard into.  I'd never done this before so it was fun doing something new. 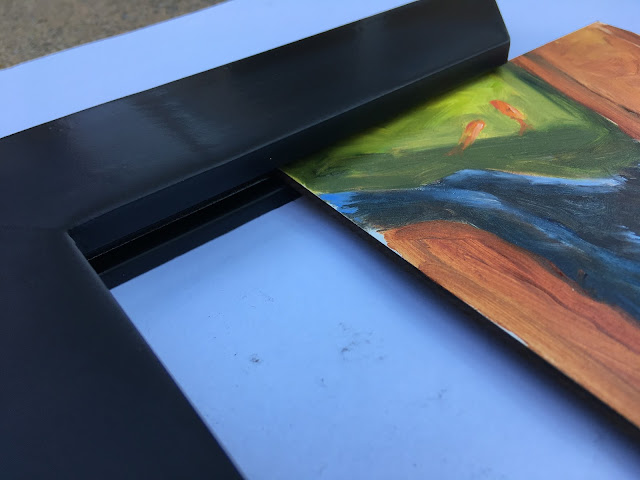 The other frames I made were also made out of tongue and groove flooring but I cut off the tongues and grooves and the hardboard was mounted from the back.  That made for a much deeper profile though. 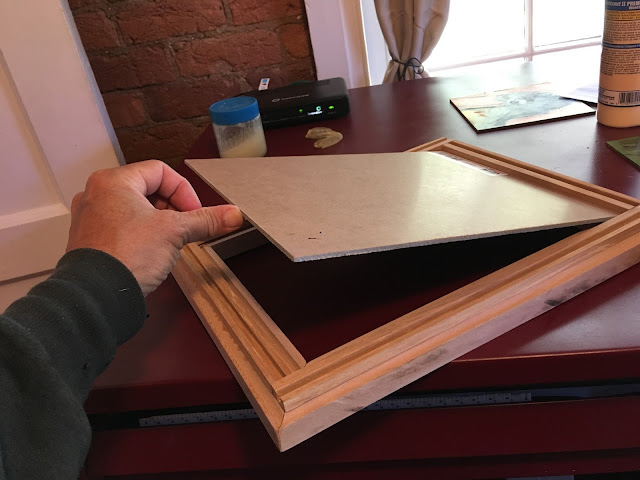 Now here's where you should stop reading if you don't want to be grossed out.  I don't use my bandsaw very often and sometimes mice build nests inside.  I should have opened it before I used it.
I turned it on and heard a thump and then had a bit of "matter" fall onto the deck of the saw.  I just knew I'd killed a mouse. I hated to open the door and was tempted to continue on and cut the trim I needed because the saw was running just fine.  I couldn't do that though.  I dreaded opening it.  It wasn't a mouse, though it was still very disturbing. 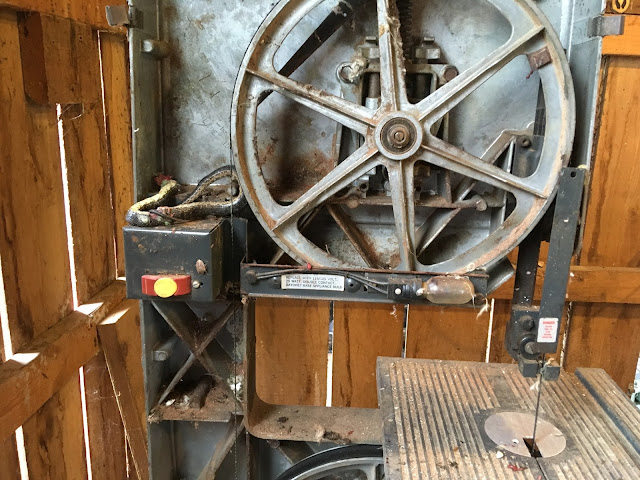 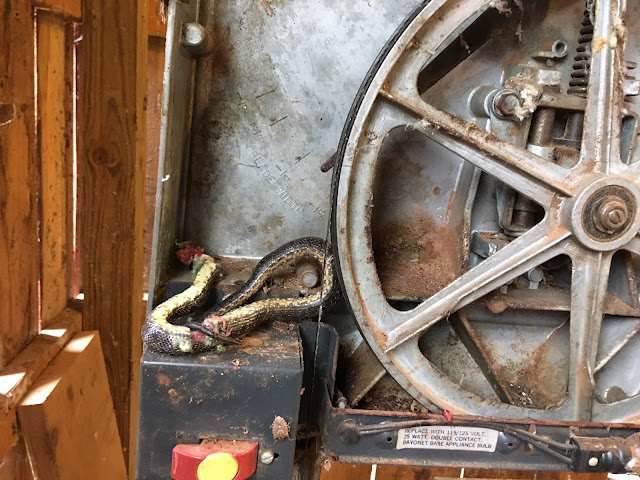