A century of life

I've always thought my PopPop was special.  I think all us grandkids (25 of us?) did.  When we were young he was a prankster and a story teller.  The stories were not always true, I'm certain of that.  As he got older he stopped teasing us and just became our sweet PopPop who still told stories we loved to listen to.  He and MomMom had 10 kids.  You would think having 10 kids would send them to an early grave but it didn't.  From the tales I've heard my mom, aunts and uncles tell about their childhood it's even harder to believe my grandparents could have made it to middle age.  Today is my incredible grandfather's 100th birthday.  Isn't that amazing?  He said he would live to 100 and he has. 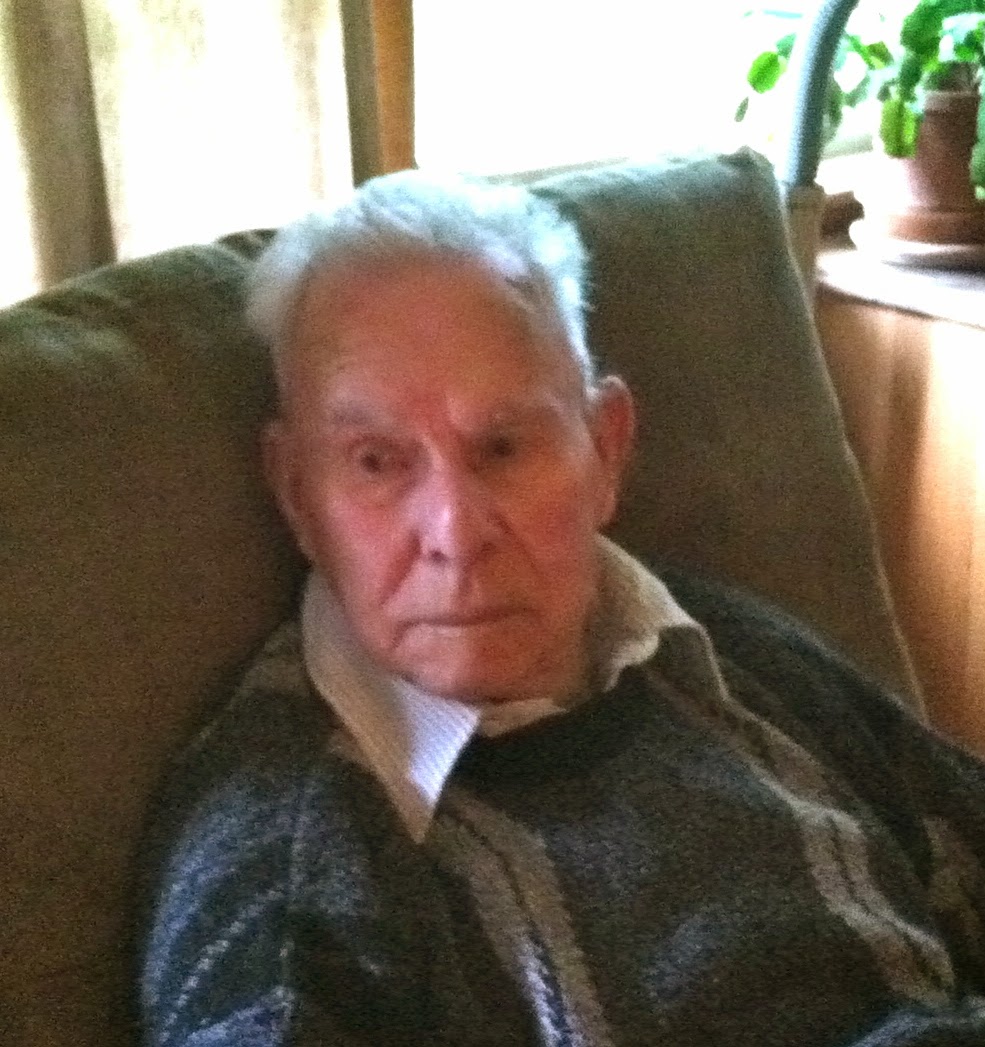 Here he is in younger years.  Look how buff he was. 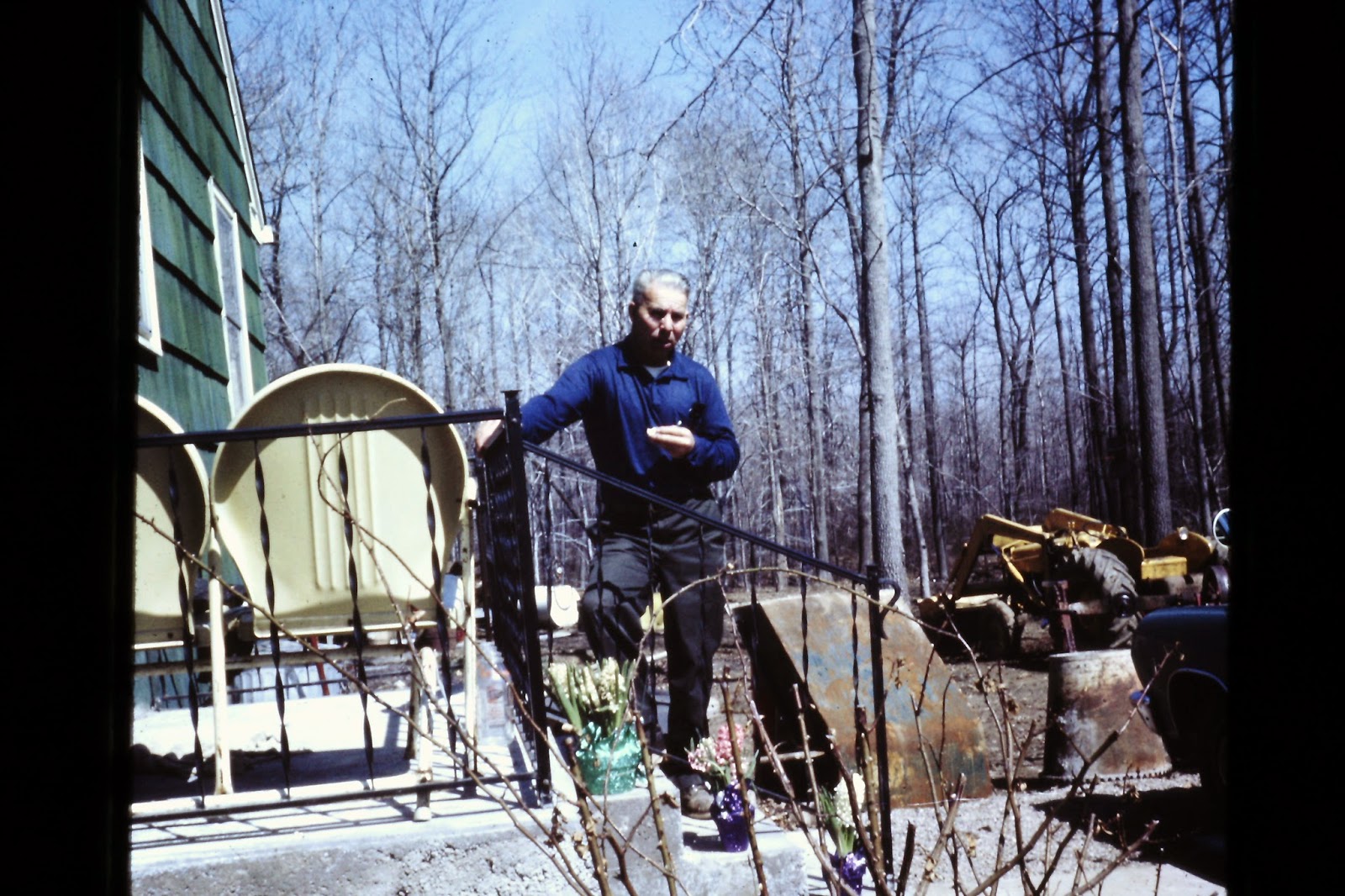 PopPop was a builder, a real fix-it man.  Even at 100, being nearly blind and deaf, he still has projects he thinks need to be done.  This fall he decided to tear out the windows on his screened porch because he needed new ones.  I doubt it's been more than 2 or 3 years since he's been on a ladder or on a roof he had no business being on.  When his children come to help him out he asks them to get him some grass seed or a hose nozzle or curtains or something.  I'm sure if he could see he'd have more projects going on.  Now he has to settle for mopping the floor and smaller tasks like that.  He loved to fish.  I wish he could still do that.

Yesterday our family gathered to celebrate his birthday.  I hadn't seen many of my cousins, aunts and uncles in years.  It was so much fun and even though PopPop couldn't hear or see much of what was going on he did know it was his birthday party and I think he enjoyed himself.  A fire truck arrived and he went out to see it.  When he touched it he said, "they're a lot bigger now".  PopPop was a volunteer fireman too.  He's the only survivor of the original founders of the Upper Makefield fire company.  He even helped build the original fire house.  Last night he made the news.


Seeing his smile at the end of the video brings tears to my eyes every time even though I've watched it at least a dozen times so far.

My mom told me he played guitar as a young man so I took a guitar to his house and put it in his hands.  He tried picking it a bit but I wonder what that's like when you can't hear.  He seemed to like doing it though.  He said, "I used to play one of these."  One of my aunts said recently he asked her, "do you remember this song?" and then sang all the lyrics to some song that was on the radio many years ago.  She said he knew every word and she had to sit and listen. 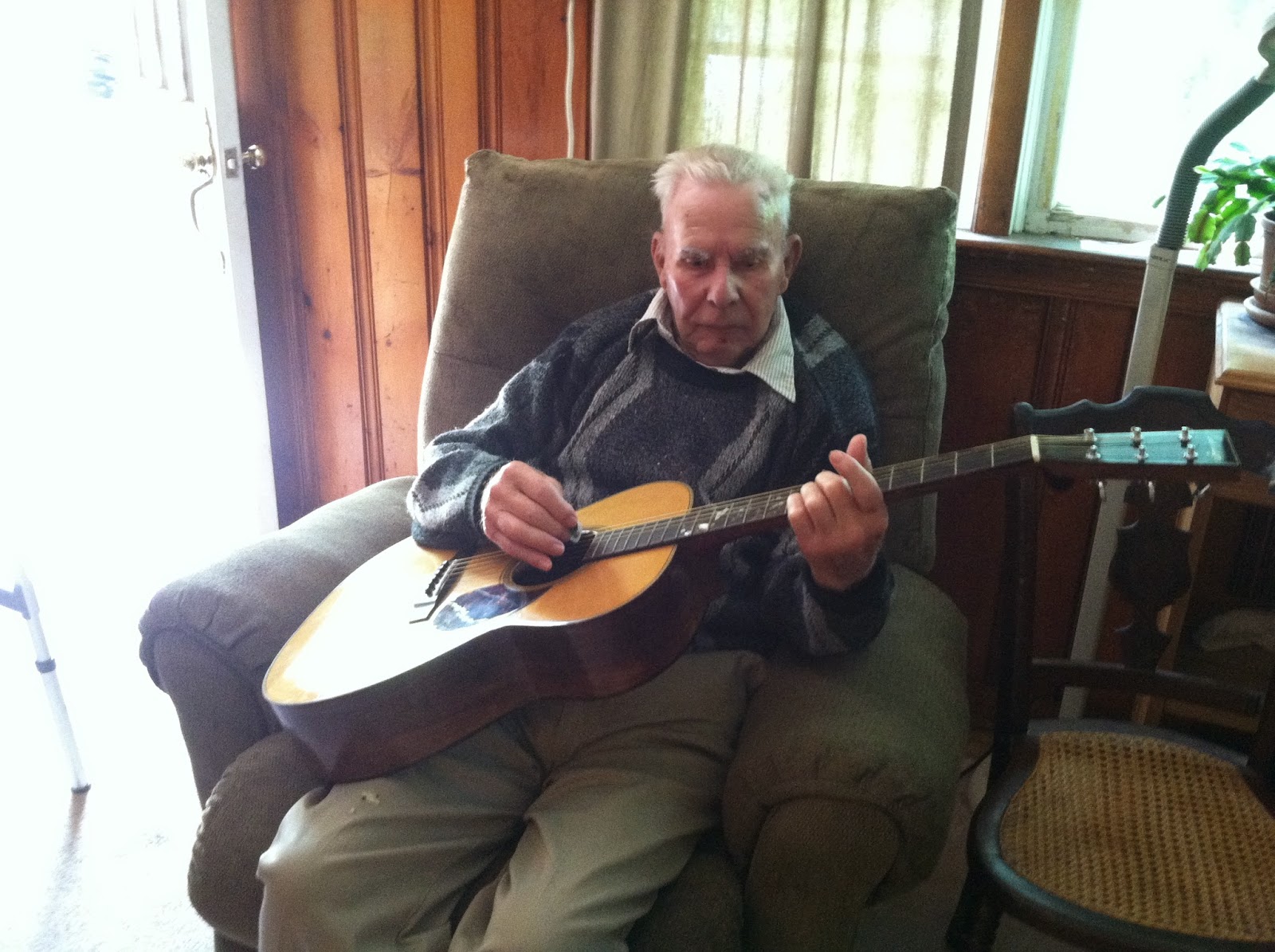 I wish MomMom could have been there yesterday too.

I have no idea what PopPop would say his secret to longevity is.  From what I've observed of him I'd say, be happy, keep busy, have lots of projects going on, do things you like, help people, look to the future and surround yourself with family and friends.

I better get off my butt and get busy.  I have lots to do and hopefully I'll have at least 49 more years to keep doing it.