Of all my 3 girls that had triplets, each one of them has decided she only wants to raise the 2 strongest of the three so I'm nursing the 3 runts/unwanted kids in a crate in our living room.  It's been very slow-going and stressful.  Every morning I think I'm going to find one or more of them dead in the crate, that's how weak they've been.  As of tonight, one of them is finally sucking a bottle enthusiastically.  The other two I either have to tube feed or practically force feed a bottle in their mouth and then they barely suck.  Tonight James did the holding and feeding.  It was a better night. 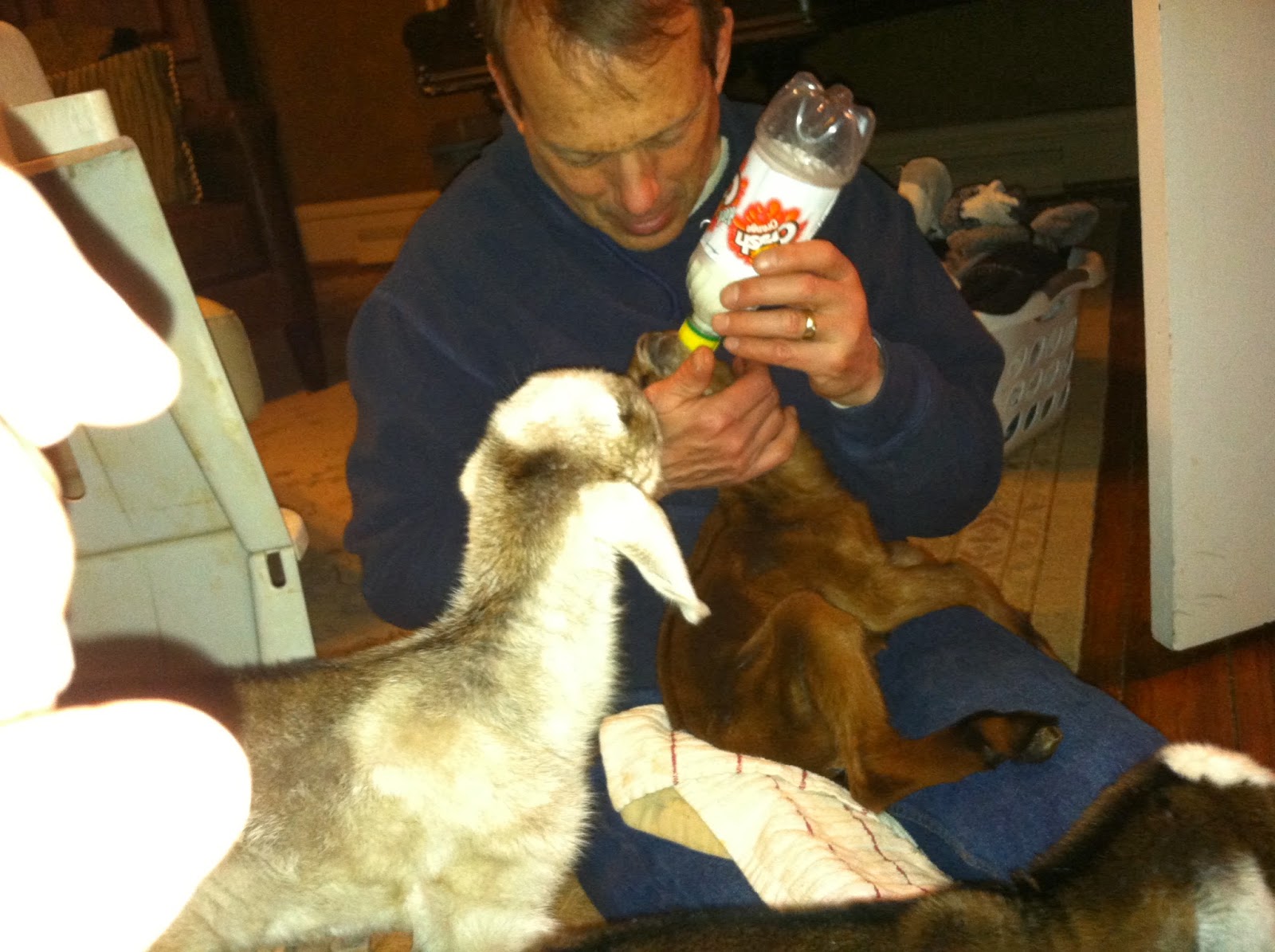 Yesterday I did something I'd never done before.  I gave the 3 babies enemas.  I could tell they were constipated by the way they were standing hunched up.  I used warm soapy water and held them over a towel.  I won't go into too much detail but I will tell you it was a very good thing I did it and one of the girls has got to be feeling much better and lighter on her feet.  I had no idea they could get constipated on goat's milk.  Needless to say, having the goats in our living room makes our house smell like a newborn baby's diaper.

After naming Jiminy and Cricket I haven't been all that excited about giving the babies names.  I don't know why.  I know when I sell them the new owner will probably change their name but that doesn't usually stop me from giving them a temporary name.  After 4 days in the house, I've decided to give the       weak little girls names.  This may be a mistake but I feel like it's a hopeful message to them.   Luti's little girl is Lulu, Pessa's big white girl is Lolly and Respa's tiny little thing (the first one I began nursing) is LG for Little Girl.   In 6 years of raising goats I've never lost one except for stillborns, and I don't plan on losing these girls so I'm pulling out all the guns.  I won't feel guilty if I lose one because I really feel like I'm doing all I can for them.  Tonight I discovered Lulu has a cloudy eye.  I don't know if that means she's blind in that eye or not.  She's the one who is taking a bottle now and thriving more than the other 2.

The other kids are doing really well and it's cute seeing them all hang out together. 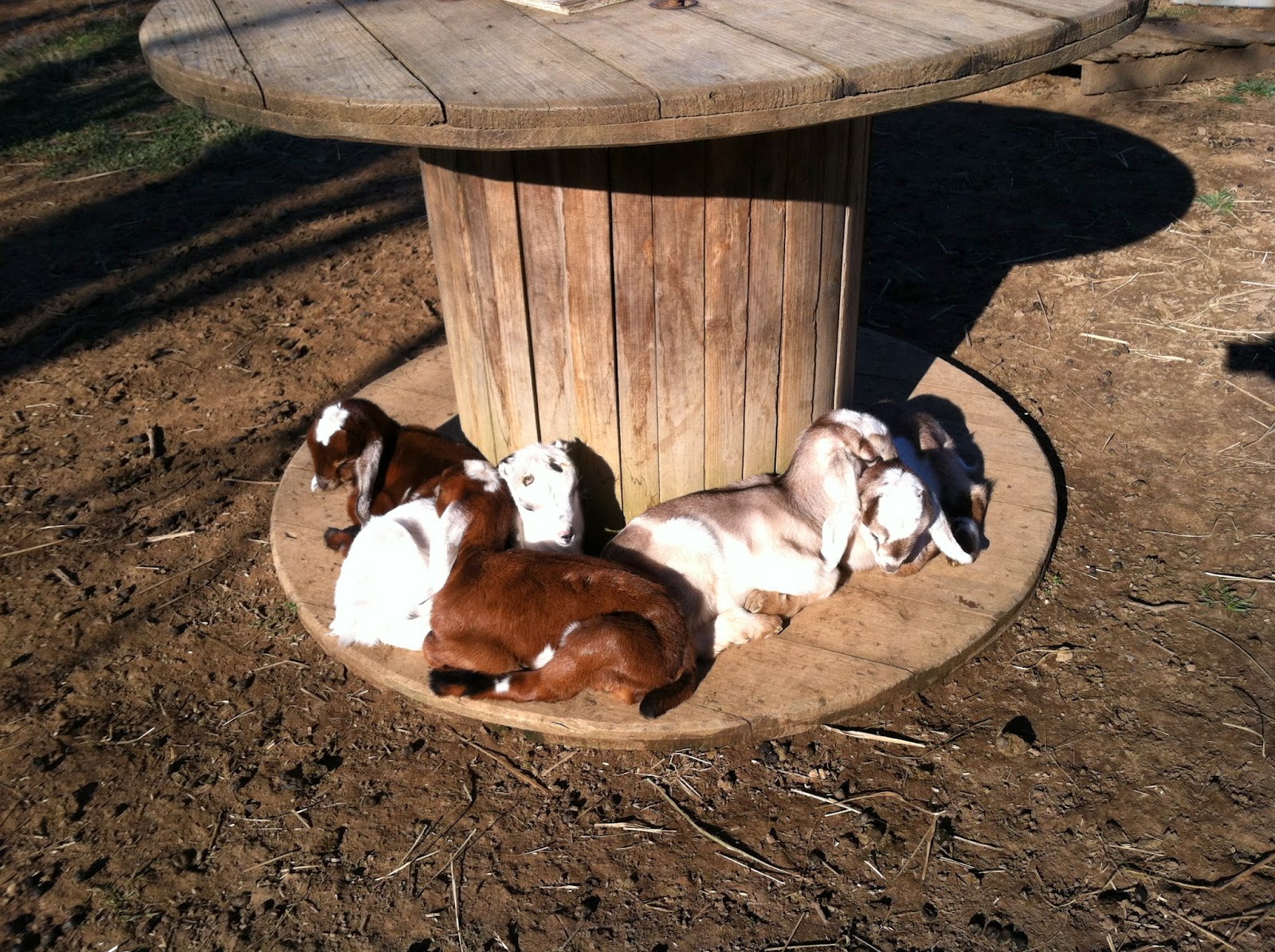 My mom and sister have introduced me to the show Dr. Pol, on NatGeoWild.  As I watch it I realize how much of this stuff he does is stuff I've learned either by experience or by reading all the goat, pig and cow forums.  I hope I don't need to learn anything more this kidding season and the rest goes as smooth as silk.  I'll let you know of the 3 crate babies progress.
Posted by kpannabecker and jpannabecker at Monday, March 24, 2014