I had high hopes for my goat leg prosciutto.  I just knew it would be better than the duck breast prosciutto I made a while back.  I ordered all my curing ingredients and it was kind of exciting.  In January I began marinating it.  It sat in the marinade for 18 days.  Next I rinsed, dried it, then hung it to dry just like I was instructed to do on this website http://curedmeats.blogspot.com/2010/12/violino-di-capra-goat-prosciutto.html  Mine hung for 2 1/2 months.  I thought I would serve it this weekend as an appetizer for James' birthday.

I think I let it dry too long.  It was tough as leather and I was tempted to take it out to the garage and use our mitre saw to cut it.  No, really.  When I finally got a few slices off I was disappointed to see that it tasted so strong of goat (yes, I know it's goat meat).  It tastes kind of like the smell of a buck is what I mean.  I know some of you can understand that.  It's very gamey.  Just now I went back to see what the guy (whose directions I followed) said about his end results.  His had dried 40 days.  This is what he wrote about his.

"The leg is very dry and almost stiff as a board.  The slices are chewy and extremely rich and gamey. This isn't for the feignt of heart! It has a spicyness that hits you in the back of the throat.  The aroma is definite goat. Really good.  It's pretty much like I remember it in Italy."

So maybe it's supposed to taste like mine does.  Maybe I should have let people taste it afterall.  I'm not sure I could have sliced enough of it to share though.  It's that hard.  It's in our refrigerator now.  If anyone would like to give it a taste let me know.   I don't know what to do with it.  It seems a waste to give to the dogs. 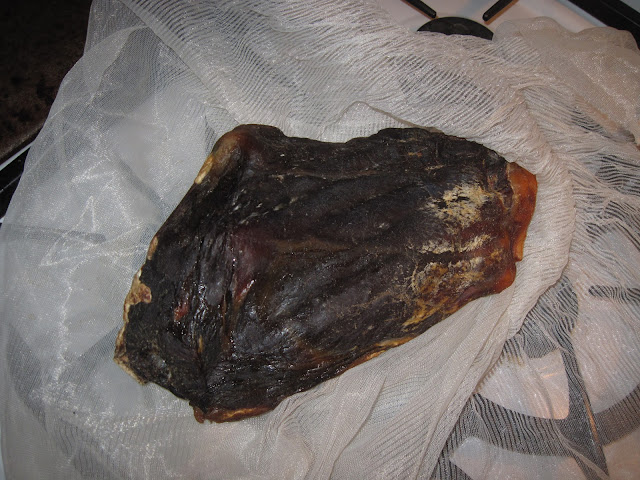 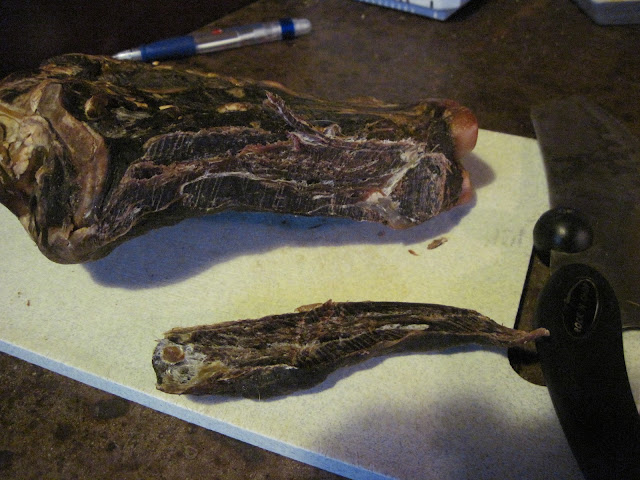 The second experiment was much simpler and I got better results, though still not as good as I expected.  They're called Dirty Pirate Popsicles, or Poptails.  Here are the ingredients.
2 1/2 cups Coke
1/3 cup Captain Morgan Spiced Rum
1/3 cup Kahlua
With these ingredients you can't go wrong right?  Well, they were pretty good but not as great as I wanted them to be.  I'm sure it's because of the shape I made them.  They were supposed to look like this. 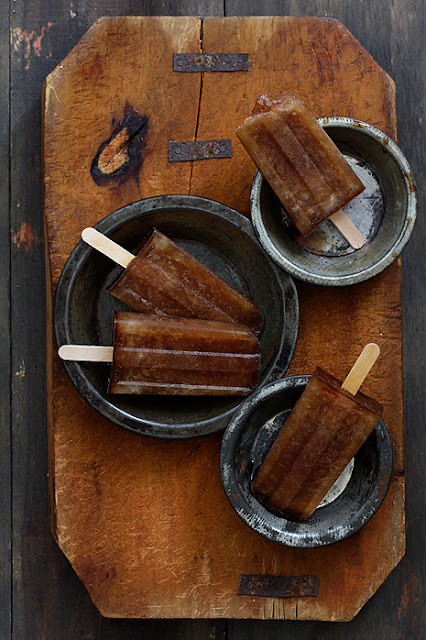 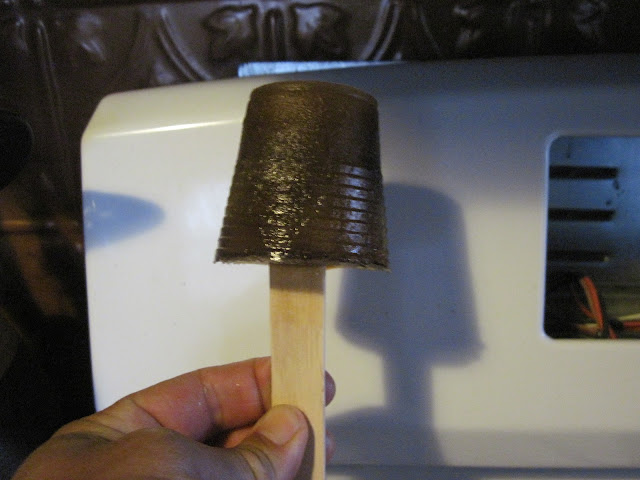 I went to WalMart to buy popsicle molds but they said it must be too early in the season because they didn't have them yet so I made my own with little plastic cups, craft sticks and packing tape. 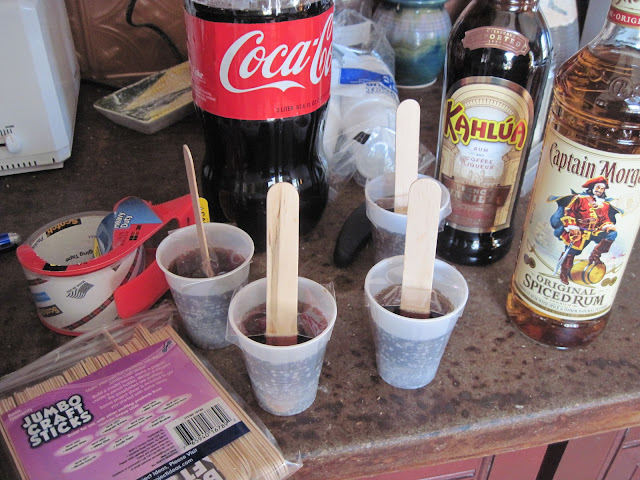 Again, if anyone would like to try them I still have some left in my freezer.  I think I may try making them with rootbeer next time.