I'll have to go back through my blog to see when it was that Baxter came to live with us.  He was a stray that had been at the SPCA for 3 months before we adopted him. He's not pretty, he snores, he runs away and pretends he's deaf when I call for him. BUT, it's impossible not to like him. Here he is looking like a demon, taken today after he returned from his adventure. 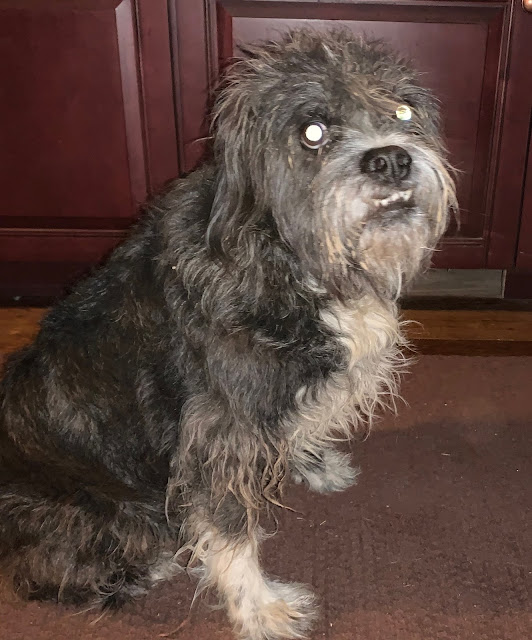 We usually don't let him out unsupervised, but lately he's been so obsessed with a groundhog living under our barn, I'd come to trust he'd stay in the yard. That was a mistake. I'm a VERY slow learner. He and my son's dog, Maia, ran off the moment we turned our backs. They were gone maybe an hour and a half and we looked all over for them. Well, it seemed like we looked all over.

I went to the street across the creek from us because that's where Baxter always goes when he escapes. It's the only way I know some of those neighbors. There are 3 neighbors, in particular, that he visits. They all know to call me or bring him back home if he shows up. It's embarrassing and a relief when they call.

Well, today was no different. I drove to their houses to see if they'd seen him. They actually seem happy to see me and say, "oh, how is Baxter? I haven't seen him in a while". They promised to call if they saw him. It was unusual for him not to show up at their houses.

Well, the dogs came home without anyone having to bring them back. The funny thing is, around dinnertime I got a call from one of those neighbors, whose name I don't even know. She wanted to be sure Baxter made it home ok and that she was worried it was getting dark. I assured her he was ok.  During dinner there was a knock at our door. It was a man asking if we'd found Baxter. He said he was a dog lover and wanted to be sure Baxter was safe. Again, we don't know this man's name and he doesn't know ours. BUT, everyone knows Baxter's name. No one complains that he shows up there. He loves people and wags his tail and some of them let him in their house.

He frustrates us to no end, but we love him and I'm glad others love him too. He's sound asleep right now  It was a big day. 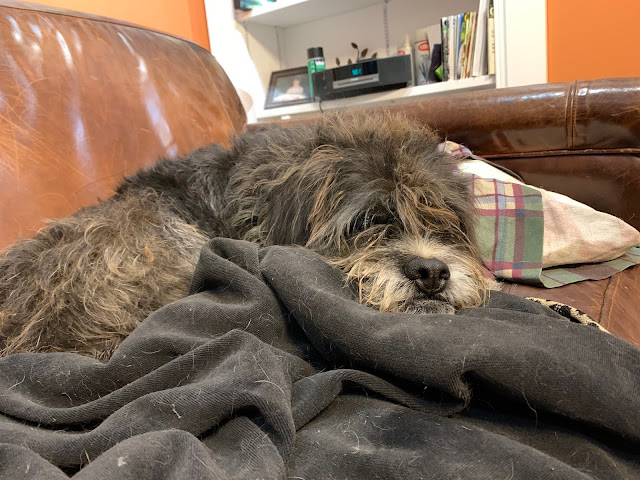