Hog testicles, not bad at all

We were invited to dinner last night.  I asked the hostess what we could bring and she said, "nothing".   I hated to show up empty-handed so I thought I'd bring a little something I knew they wouldn't be serving but might compliment the meal.  I knew in advance they were serving pork, not that hog testicles wouldn't be a good addition to any meal.  Well, I know that now, but I didn't know that before I prepared them.

We've asked our butcher to save testicles from a few of our animals but we've never gotten around to trying them, until last night.  This is what they look like before I removed the membrane. 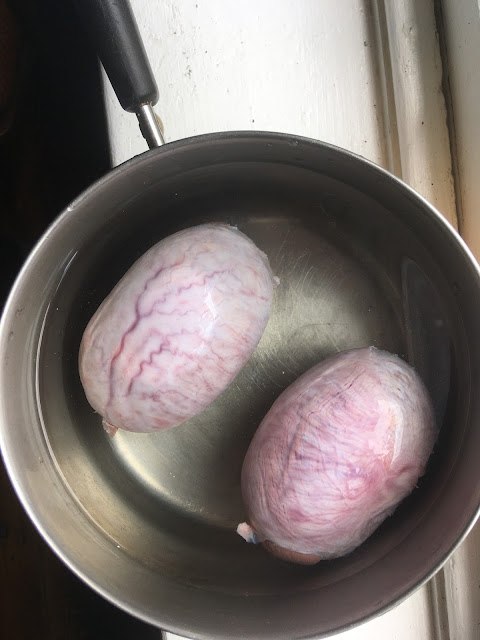 To give you an idea of the size.  This was a large hog. 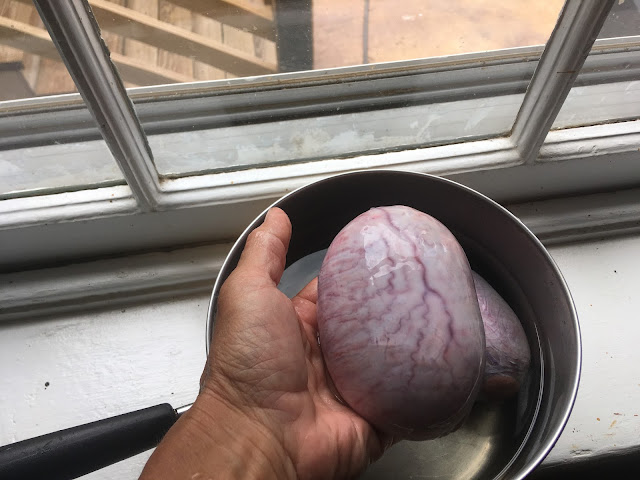 Here's what it looks like underneath the membrane, which you must remove or it will be tough. 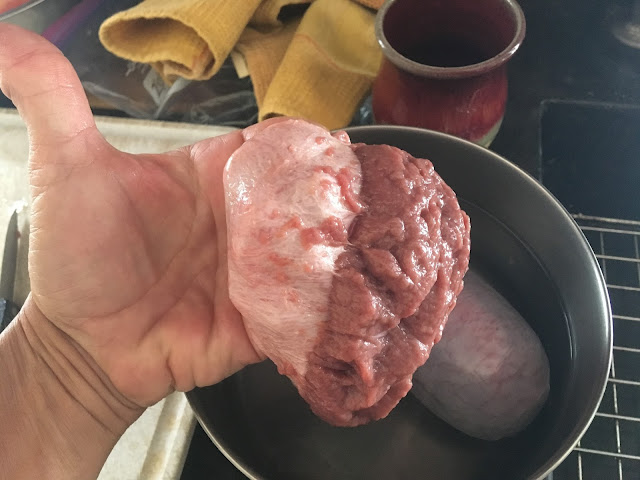 I soaked it in a brine for a few hours but I don't know if it really needed that or not.  Many recipes on the internet said to, so I did.  I rinsed them and then sliced them into bite sized pieces, then dredged them in a mixture of flour, breadcrumbs and adobo seasoning and fried them in a cast iron skillet with butter.   James and I both tasted them before we took them and both agreed they were acceptable to share.  Actually, they were more than just acceptable.  They were pretty darn good.  Kind of like a chicken nugget. 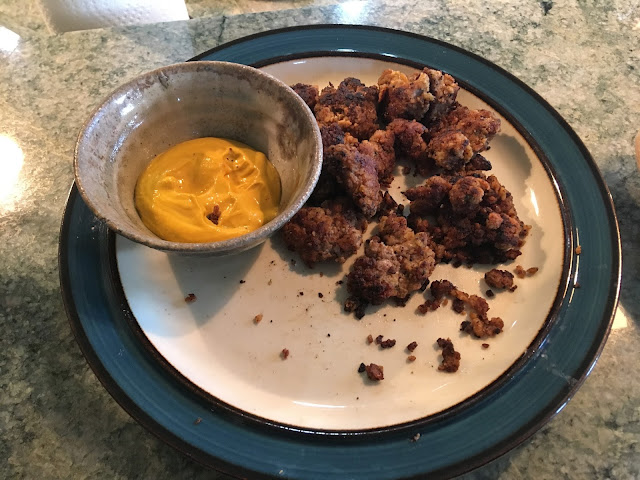 I was shocked 7 out of 8 people ate them.  Some folks even went back for seconds and thirds.  Only one man wouldn't try them and he said he wasn't going to kiss his wife for a year after eating them.

I should mention, these were good friends we were with. I probably wouldn't have taken these to a dinner with acquaintances.

This was much more successful than our attempt at eating a kidney.
Posted by kpannabecker and jpannabecker at Sunday, June 18, 2017