I'd given up on Macy having kids this year.  I chalked it up to being young.  My due date for her was April 10th.

James and I went to the field tonight to look at the sweet potato garden he planted and to repair a downed electric wire the bulls had probably removed.  I went into the barn to see if the power was on in there because our GFCI  couldn't be reset at the outlet where I plug the electric fence in.  Boy was I surprised to find Macy in there with a little boy and girl.  At first I thought she was babysitting for
someone else's kids but then I realized they were too little.  They were already dry and walking about so they'd been on this earth at least a few hours.  James now remembers hearing screaming while he was planting sweet potatoes.  I feel badly that she was alone for her very first kidding.

Here are a few bad pictures.  I'll try to get some better ones tomorrow when it's light out. 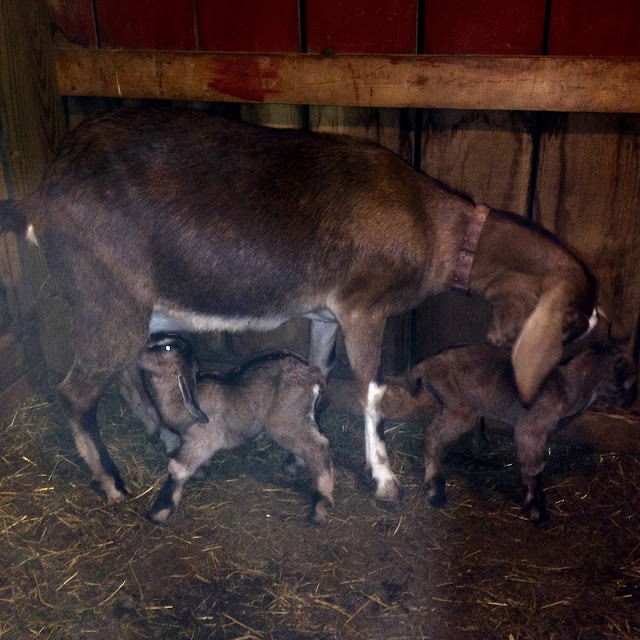 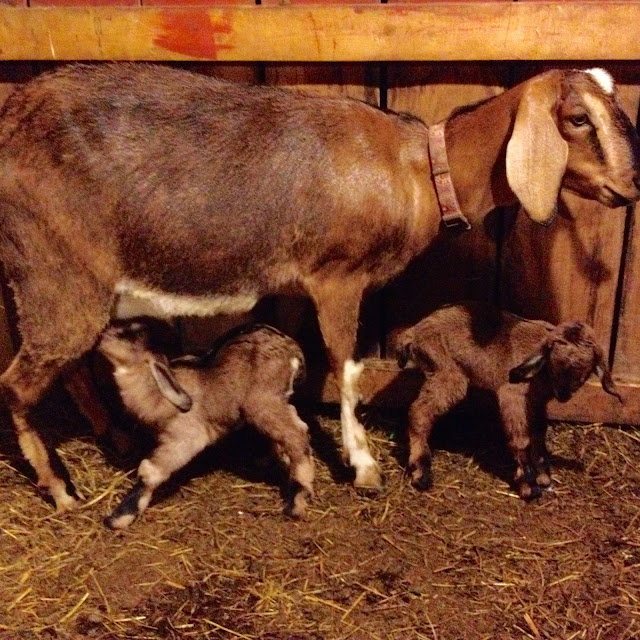 She seems very nervous but she's allowing the kids to nurse so she's figuring it out.  I still think of Macy as a baby herself since she's the only kid I kept from last year.  She's a real sweetheart with a very gentle way about her just like her mom, Mrs. Butterworth.  I haven't named the kids yet but they'll probably begin with an M.  Maybe Mia and Marley.  I'll chew on that a while.