Brrrr, it's cold!  That sentence should probably be followed by "finally" since it's been such a warm winter.  I'm not a fan of the cold so I would have been happy with a very long fall leading into spring.

Because it was so cold I stayed indoors today - mostly.  I don't really mind milking and feeding in the cold but I do mind breaking ice in buckets and removing it with my naked hand.  I also hate when the hose is froze(n).

James pulled up the beets last week so I decided today was a good day to pickle them.  They were getting kind of old and losing their sweetness so we thought pickling was the best choice for them.  I miscalculated how many there were so I prepared lots more pickling juice (vinegar and sugar, etc) than I needed.  I only got 5 quarts of beets and had a lot more liquor left so, living in the south, I pickled some hard boiled eggs.  Growing up in PA I'd never heard of pickled eggs.  I'm not sure I'd ever had them until we moved to VA.  Often you see them in gallon sized jars near a cash register when you check out.  I guess it's common for people to say, "throw a couple of 'em eggs in 'ere", when paying for their gas and other snacks.  Adam loves them.  We have an abundance of eggs right now.  Oddly, our chickens decided to start laying in winter.

Even after pickling the beets and eggs I had some sweet vinegar left so I shredded some cabbage and poured it over it.  What the heck.  I was in a pickle (ing mood). 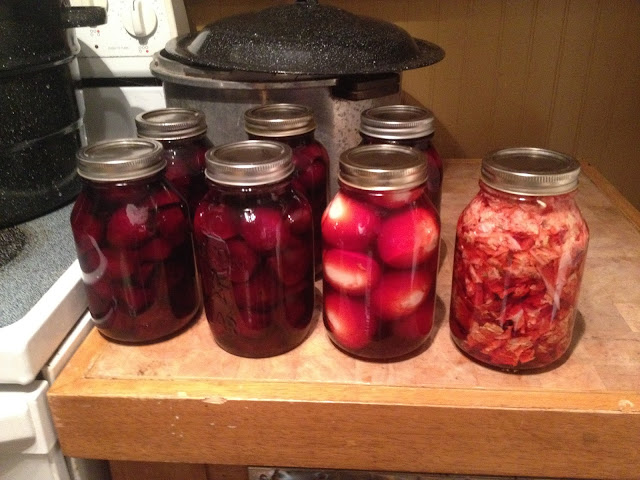 Before it got dark I made one more visit to check on the animals and break ice.  It's supposed to get down in the single digits so I gave them more hay to keep their bellies warm.  Raisa was so excited she led me to the hay by bouncing and frolicking.  She's been very frisky lately.

The goats will begin kidding in early March so they're beginning to get round.  Pessa is always round so it's hard to know if she's pregnant or not.  She does love to eat. 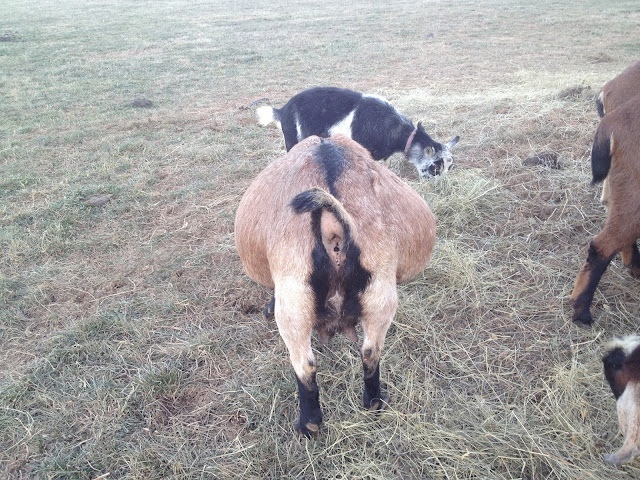 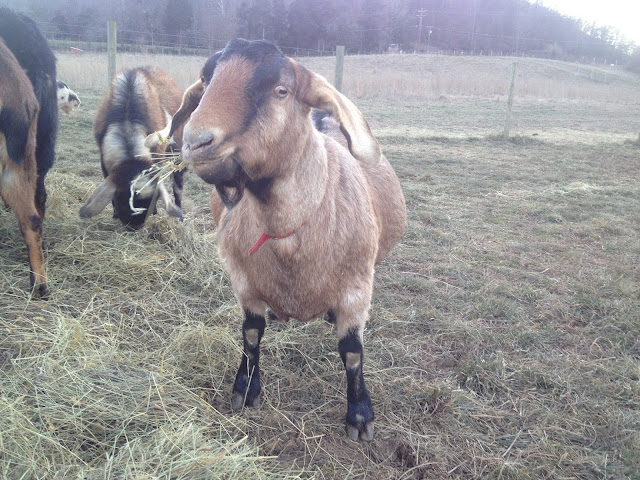 She's been moving very slowly lately, as is Cooper.  I wasn't sure if it was because of her weight, her age or because her feet hurt so I decided to trim everyones' hooves in preparation for kidding season.  Unfortunately I cut one of Darla's back hooves too closely and she's still limping today.  I feel bad about it.

I've just started feeding hay in the past week now that the ground is frozen.  Spotify, my one remaining pig, is learning to eat hay along with the bulls. 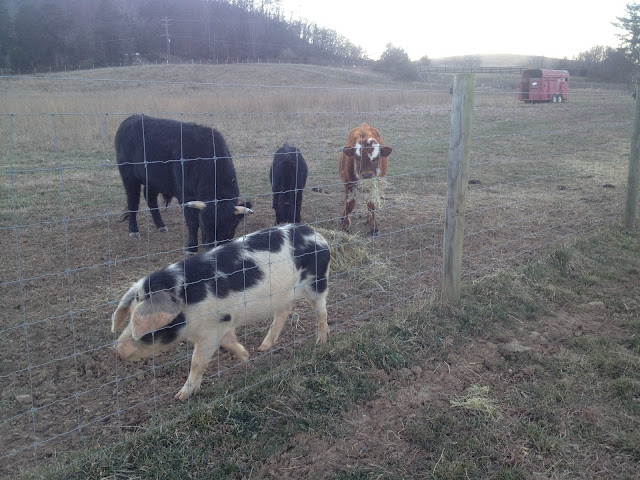 I love this picture of the 3 bulls. 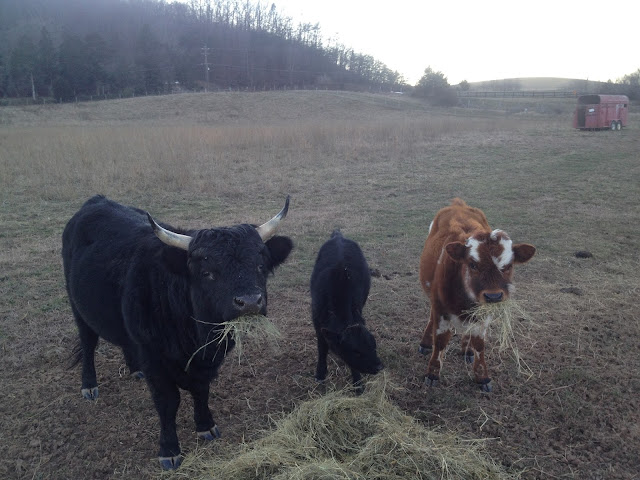 And this one of the animals all sharing so nicely.  Darla is the little black and white goat in the foreground with a very round belly.  You might be able to tell how she's holding her left rear foot up because I hurt her :( 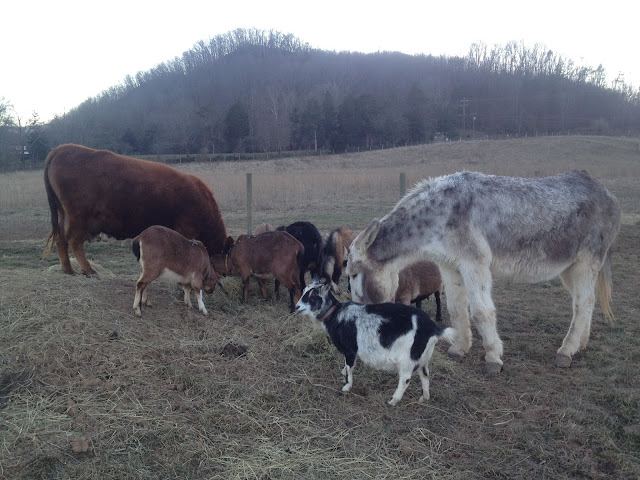 Like Raisa, Keri and Rex are also very frisky.  They love this cold weather way more than I.  Their coats are so thick I doubt they even feel it. 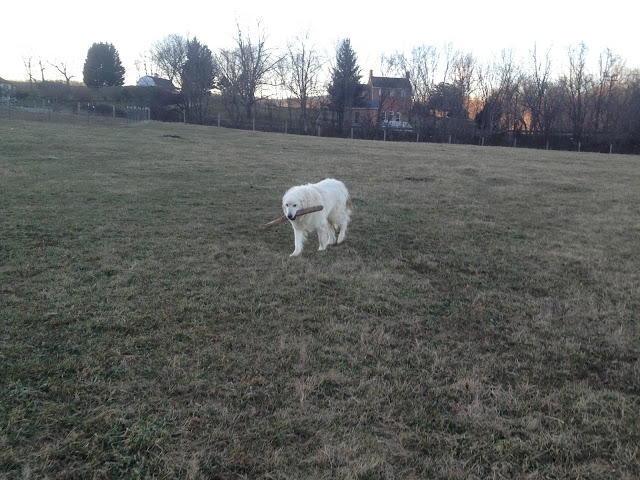 We're feeling very thankful for our geothermal heat pump tonight.  It sure beats the wood stove.  Hope everyone else is staying warm.
Posted by kpannabecker and jpannabecker at Monday, January 18, 2016