Someone's been eating my eggs and it's not Goldilocks

Once upon a time a young couple (this is my story so I can call them anything I want) James and Karen spent a few hours on a very lovely day sitting on the deck by the James River catching some rays and waving to friendly kayakers as they passed.  Feeling rested, they decided it was time to return home. They hummed and smiled and skipped their way back.

BUT, while they were away from the house someones (yes, ones) came slithering in to the chicken barn to taste the "porridge".  Karen decided to check for eggs before returning to the house.  She reached into the nest but just in time saw the black snake before she touched him.  One year she did touch the snake because she didn't look first.  She may be a slow learner but it appears there's hope for her. 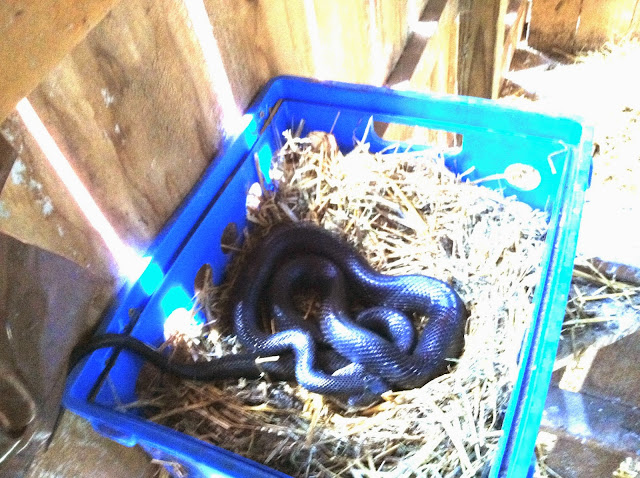 I don't know if she screamed but there was some noise coming from the barn. She hollered to James there was a snake.  Two minutes later the courageous warrior appeared with gloves on and ever-so-swiftly removed the snake and took him to his garden, in hopes it would help control the mole/vole population that has been wreaking havoc on his sweet potato garden.  My hero!

Feeling relieved, Karen went back in the barn to see if any eggs were left and, I'm not kidding you, there was a second snake making it's claim to the one remaining egg.  NO WAY!  I think I heard him saying something like, "ahhh, this egg is just right". 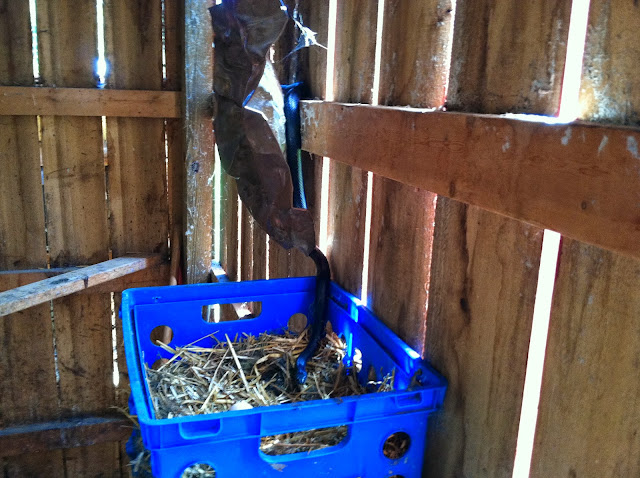 She tried calling said warrior on his cell phone but he never has it on him so she went into the house to tell him of the second intruder.    Up for the challenge he put his gloves back on.  After missing at first swipe, and a quick escape by the egg thief, James' quick hands deftly removed him and took him for a hike. 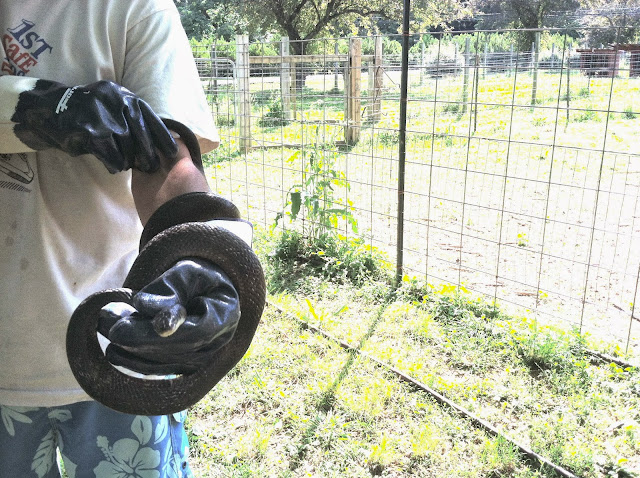 Karen returned to the barn, scanned the rafters and checked every nook and cranny before declaring, "All is well.  Rest easy my little chickens.  You can sleep safely in your beds tonight."

I went back to look at the photo I took of the first snake in the nest and saw what I hadn't seen at first glance.  The second snake was waiting in line behind the copper barn art. 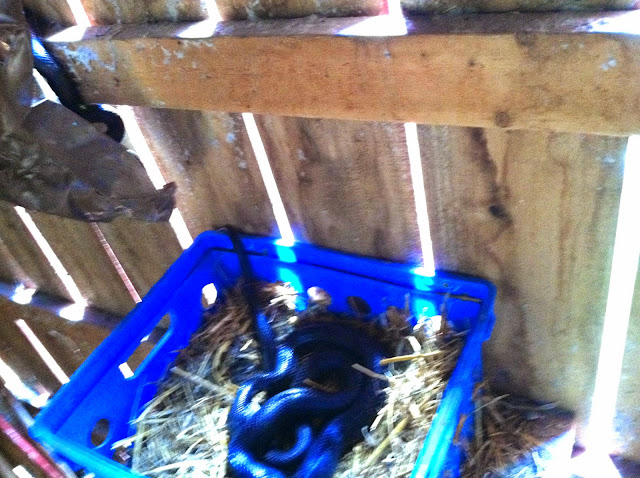