Billy in a bind

This is Cooper cooped up under the chicken coop. 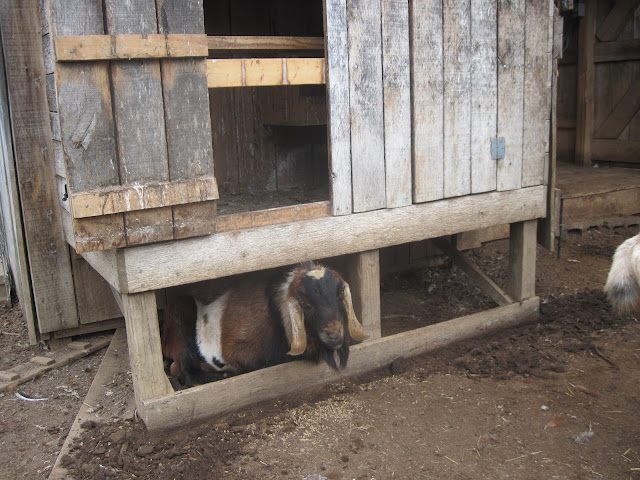 I knew he was stuck when he didn't come out to eat with the others.  He was shivering a little too but I don't know what that was about.  At 11:00 he was still there so I asked James to help get him out.  He just couldn't get over that 4 inch board so James had to dig the dirt from the front of it to remove the screws so the board could come off. 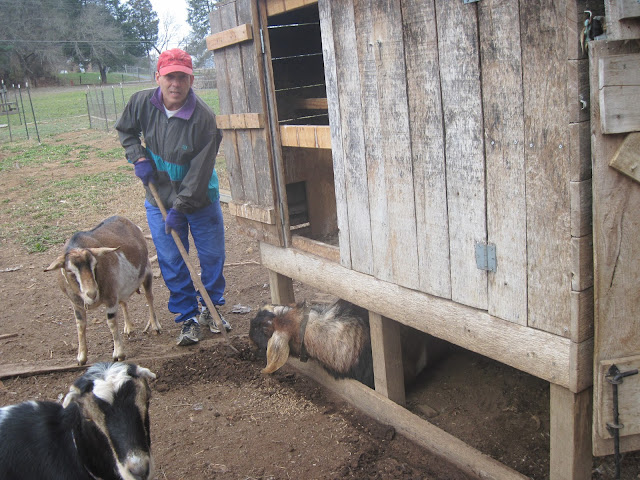 Cooper crawled out very easily after that.  We left the board off.  I saw him under there a short while later chasing Tila who is in heat.  He's a doofus.  A sweet but stinky doofus.

Mac, James and I went on our first trail ride on Sunday.  I didn't want to go alone so James went with me.  I rode out and James rode him back.  Mac picked up the pace a lot on the way back so James got a faster ride.  I was pleased with how well he did.  I won't ride in the woods any day but Sunday now because it's hunting season. 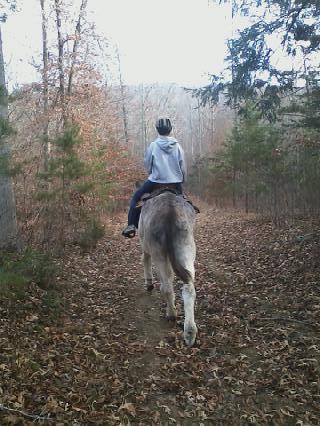 About a month ago Adam took a ride too but not on Mac. 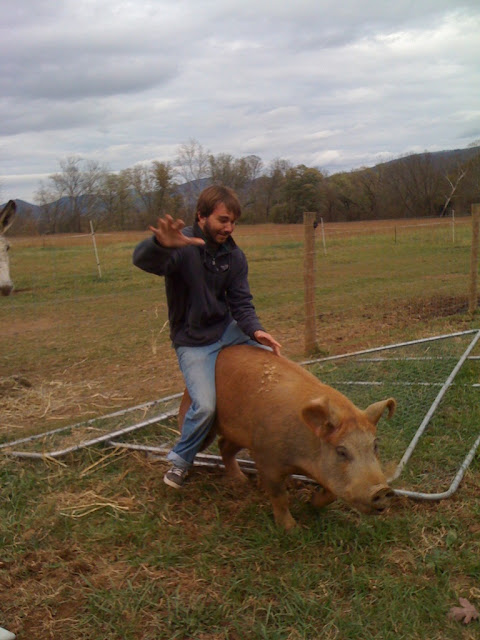 His ride was also pretty fast.  This picture makes me laugh.  I love the way Adam has his arm out like he's riding a bucking bronco.
Posted by kpannabecker and jpannabecker at Tuesday, November 20, 2012